This is a challenging time of year for the Trust with so many different things underway and limited time available to do everything justice. However, despite a massive workload, we’ve taken most of the Giant hogweed control back in house on the Ayr this year as we felt that we could deliver this more effectively than contractors appear able to do in some very difficult to reach areas. The staff at the Trust are highly motivated to reach every single flowering plant and thus halt seed production. At the same time we are willing to spray all sizes of younger plants which takes time and extra commitment but cuts the workload in the following years. 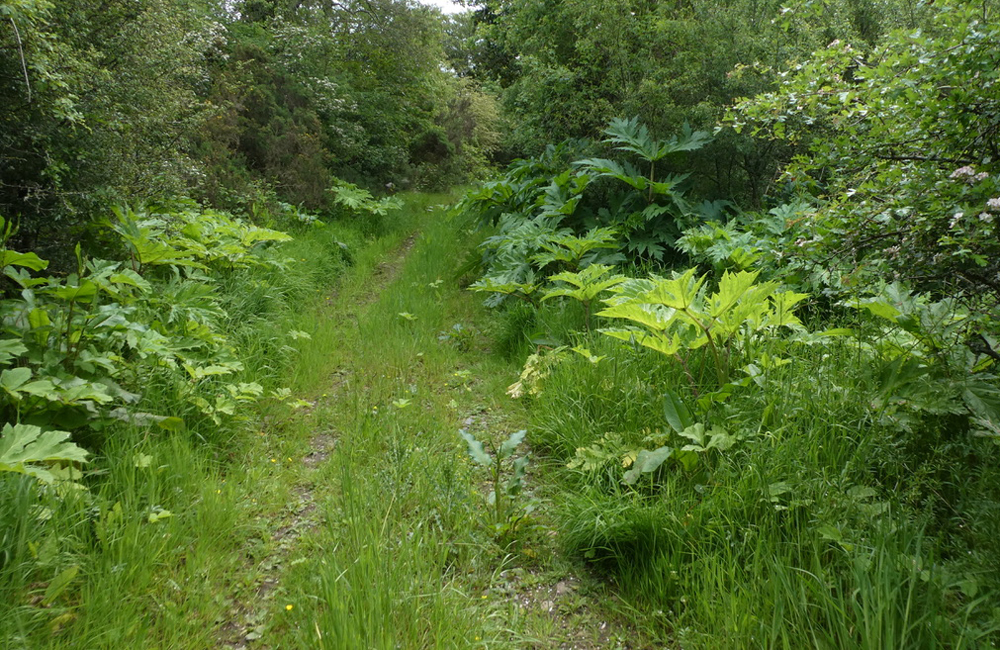 An area near Annbank that is well away from the river and infested with Giant hogweed. This requires control too as it will soon spread back towards the river if left untreated

The lower River Ayr had almost been completed as far upstream as Gadgirth by the end of work this evening. The remaining areas will be finished tomorrow and then our focus will turn to the last remaining sections near Failford gorge.

Away from the river I came across an area near Tarholm that I suspect was missed by the contractors last year and there was a mass of two and three year old plants and an occasional flowering plant in its 4th year. While this isn’t on the riverbank, it does threaten to re-infest the riverbank if left untreated and therefore requires to be controlled just as religiously as near the water. This will be tackled on Thursday if the weather’s good. 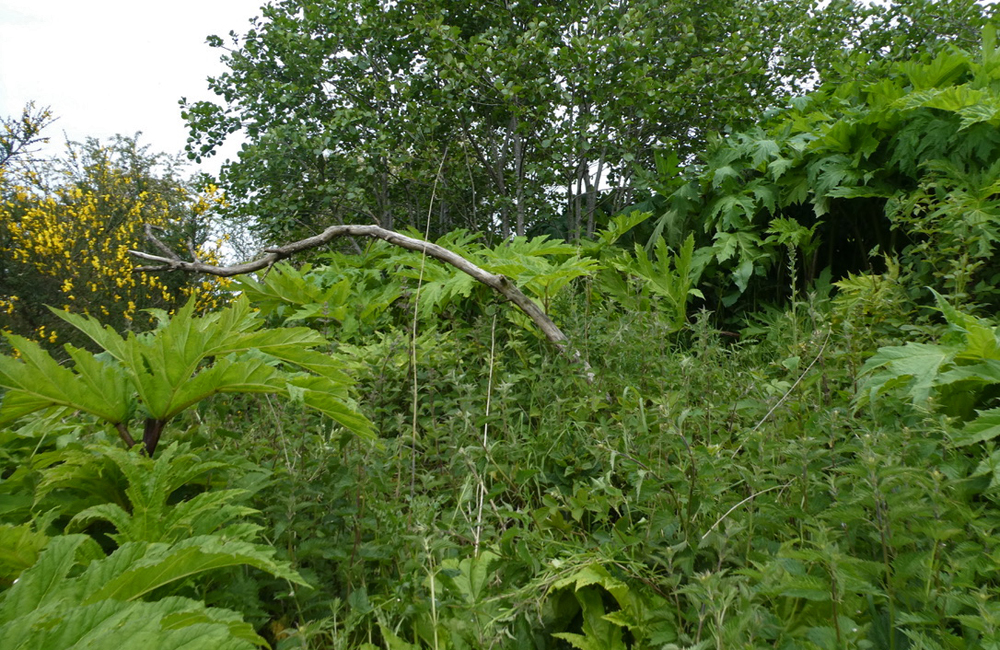 It is a thankless task getting to and then treating plants that are hidden in thickets of blackthorn, gorse, nettles  and brambles.

Contractors have been working on the Lugar and Coyle recently and are making good progress. These areas are relatively straight forwards and easy reached and therefore we are confident that they will manage to prevent all flowering in these areas. The combination of contractors and staff should allow us to reach the target of no flowering plants anywhere in the Ayr catchment this year. This will be the first year we achieve this if successful. However, anyone can make a mistake especially when the areas are densely vegetated or difficult to reach and should anyone see plants flowering, we’d appreciate a call to let us know. 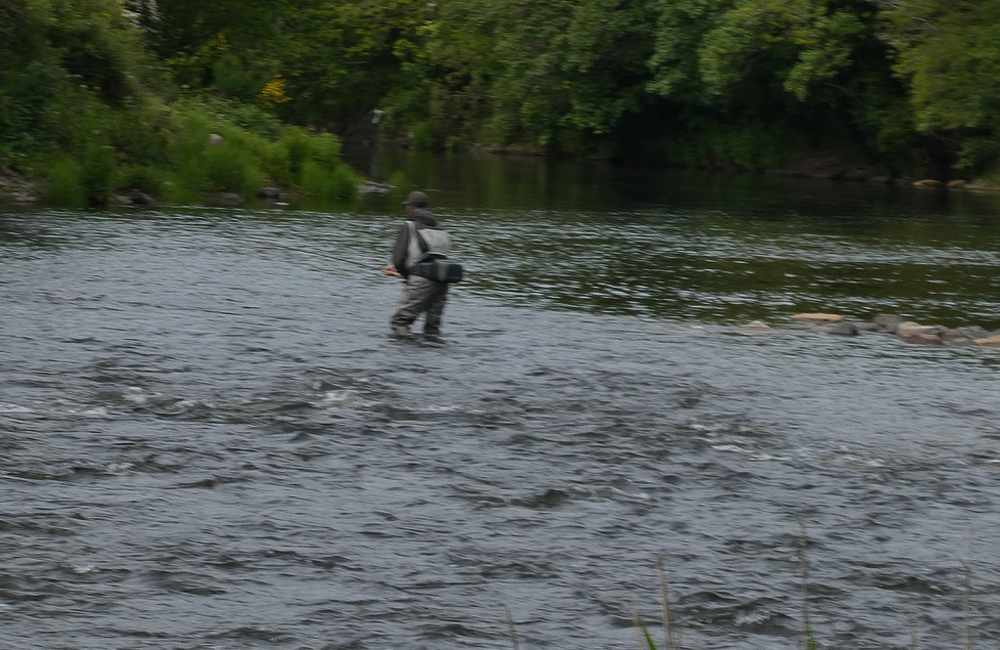 It was good to see a few anglers having a cast this afternoon spurred on by the wee run of water after a wet weekend.