Last week we performed a sizeable fish rescue on the Powgree Burn at Glengarnock. Story Scotland were about to replace a low rail bridge with a large culvert and the site required dewatering. Struan and I turned up as the dam builders were putting the last touches to their framework. The water was to be over pumped leaving a dry work site for a week or so while essential work to first remove and then install new pre cast culverts went ahead. 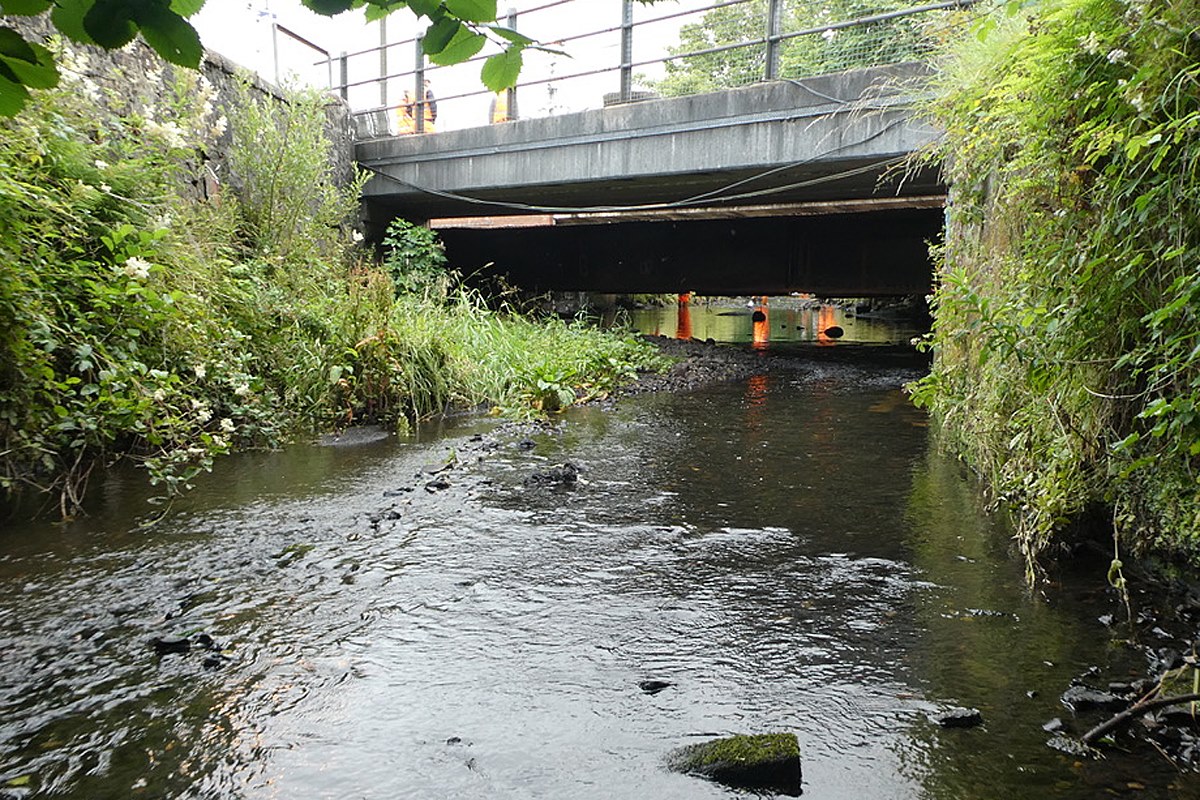 The low rail bridge that will be removed and replaced during the works. Getting electofishers under this was impossible so we had to wait until the water levels dropped and fish moved to deeper water at the edge of the bridge before we could remove them

We fished through the site in the knowledge that this is an important burn for salmon spawning. It was good to see so many salmon fry turn up but few parr were present which probably indicates they have dropped downstream to more suitable habitat. Both banks have stone walls that are in poor condition which makes them great eel habitat. Future flood prevention works will see these walls rebuilt I believe and we are meeting the flood scheme contractors shortly. 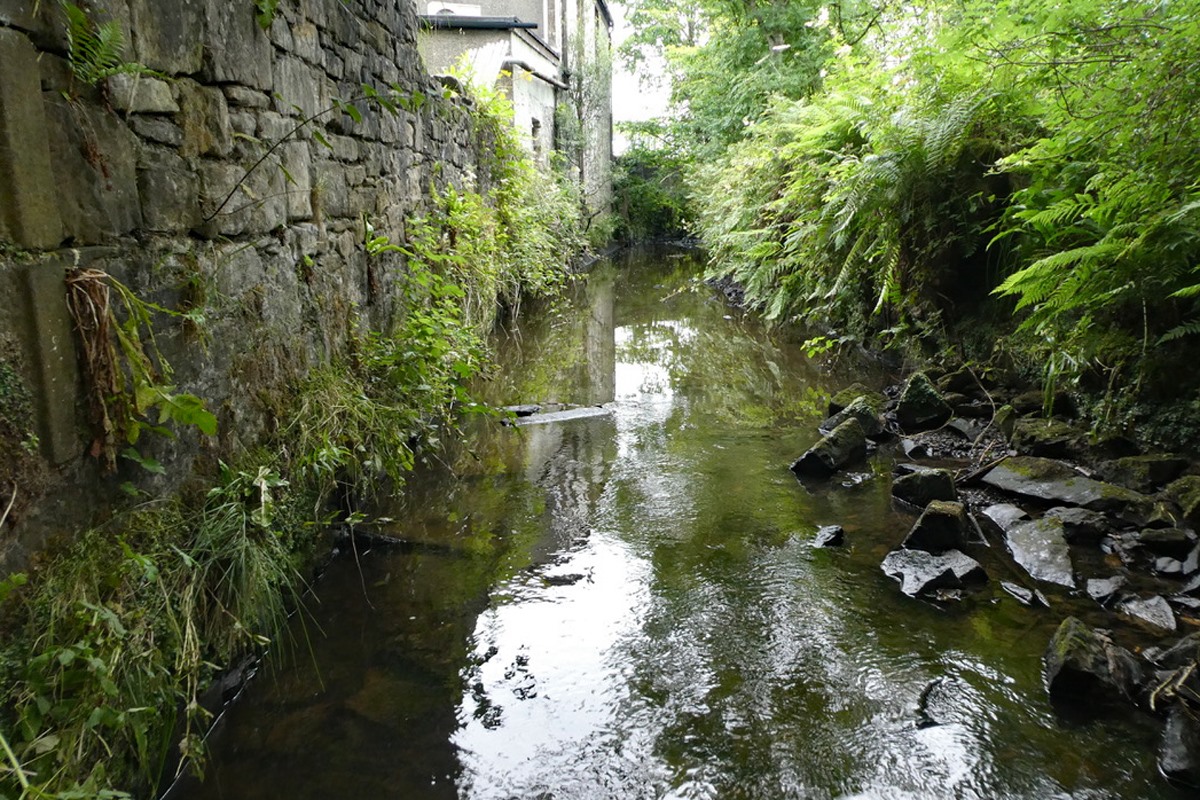 Looking upstream from the bottom of our fish rescue area. These walls will soon be rebuilt as part of the Garnock Flood Prevention scheme so there is bound to be further fish rescue requirements in future

Once we completed the first run through, the dam was sealed and pumps turned on. As the riverbed became exposed, we refished through the remaining pools and removed as many fish as we could. Of course there are the odd casualties and missed fish but that’s not surprising considering the numbers involved and we were pleased with the final result. 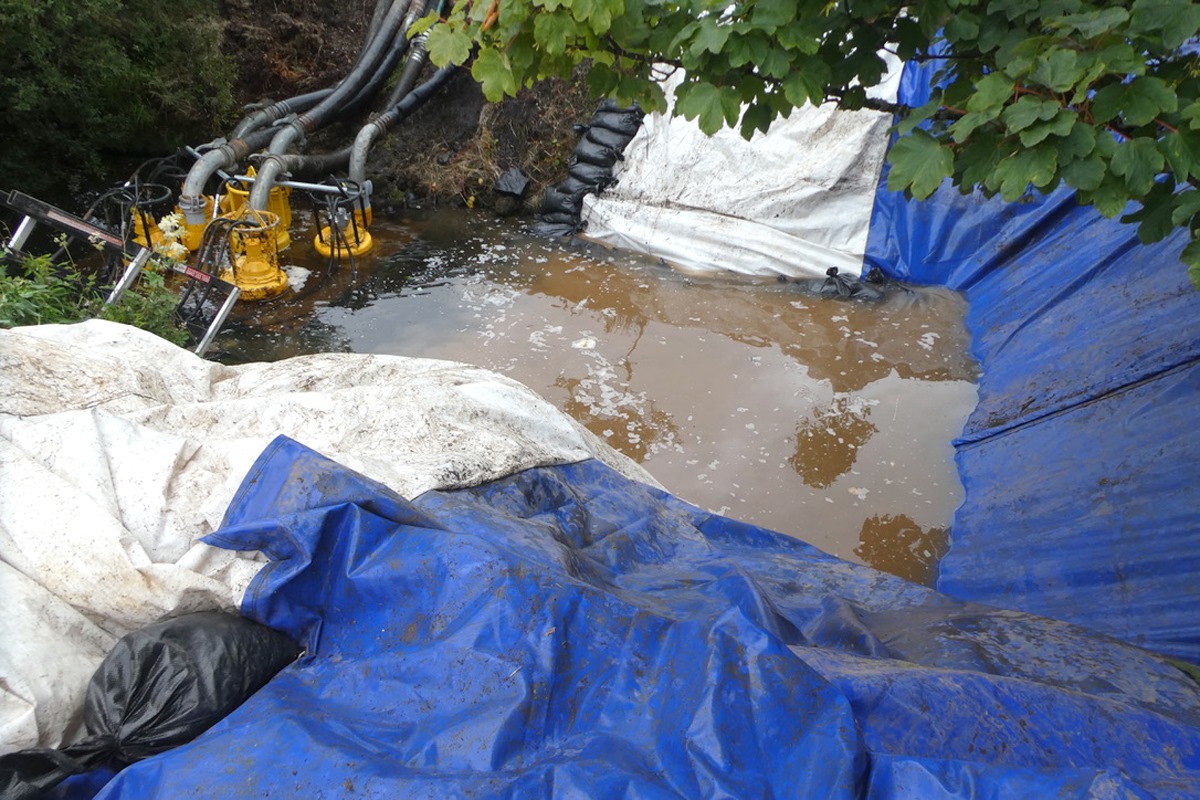 Capacity to cope with even the largest floods. Contractors built the dam as we removed most of the fish. Once completed and the pumps were turned on, we removed the remaining fish before they were left high and dry

In total we counted around 1200 salmon fry, perhaps up to 100 trout and 40 – 50 eels. Add to that the thousand + minnows and stone loach and we reckon we removed nearly 3000 fish from the site during our visit. All fish were returned to the burn a distance downstream or upstream of the work area. Once completed and the flow restored, the site will repopulate as fish drift or move into the vacant habitat. 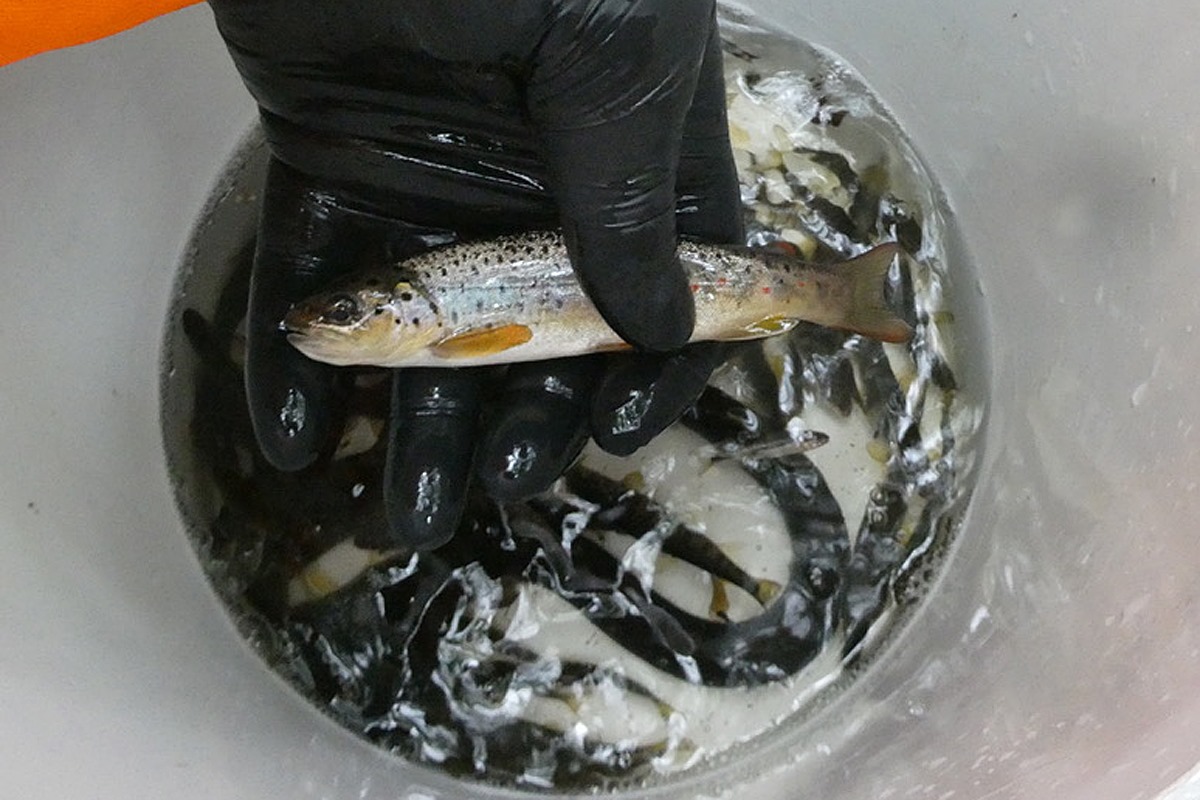 A bucket full of fish (mainly salmon) removed from the site and returned to a safe area downstream. The  fish being held was a trout 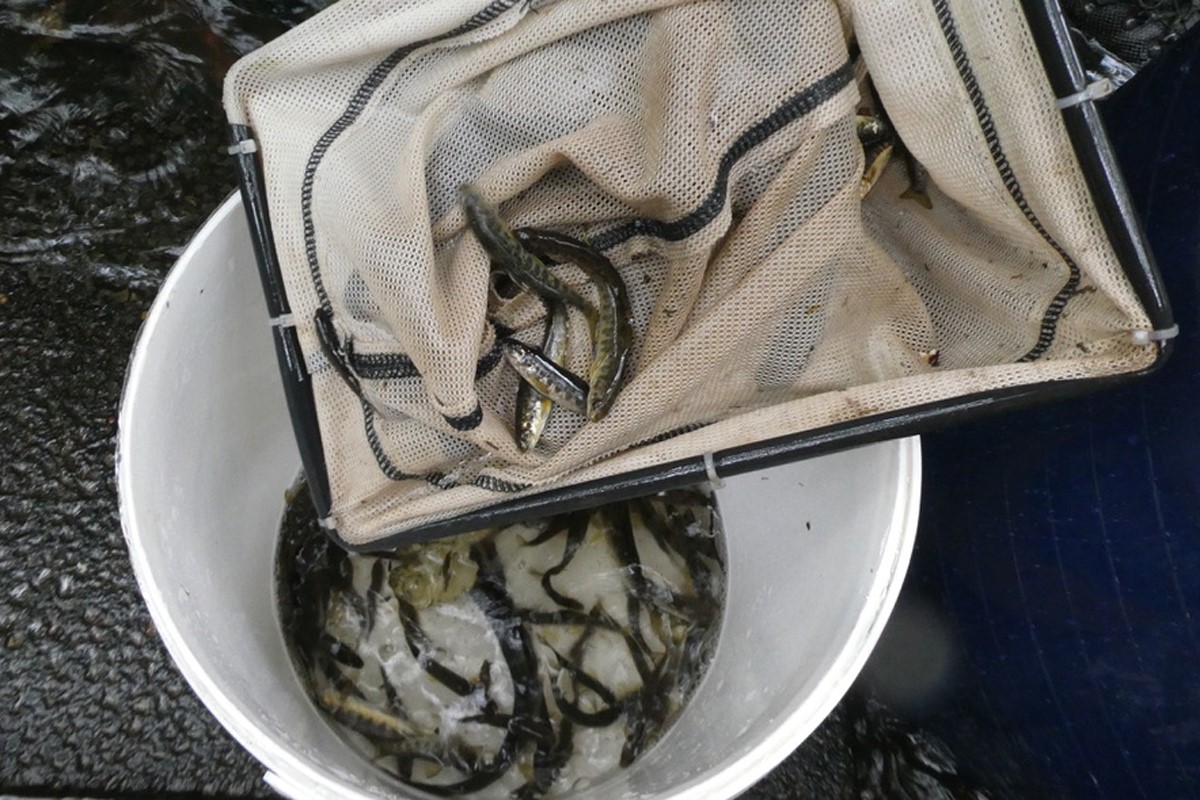 Story Scotland are to be congratulated on their coordination and Covid 19 measures. It’s the first time I’ve had my temperature taken before work but it was reassuring to see these procedures in place. We are extremely grateful that large civil engineering schemes such as this provide us the necessary consultation and time to remove fish from sites. Fish rescues are an important activity and ensure minimal damage is caused to fish populations.