With the financial assistance of the River Doon District Salmon Fishery Board, ART undertook a phased habitat improvement programme extending across several landowners on the Culroy Burn. This watercourse was suffering from high levels of erosion leading to fine sediment smothering substrates in many areas. This in turn impacted on the fish populations that this burn was once famous for.

Over three seasons across several areas we tackled severe erosion, removed a redundant weir, installed green engineering and erected many hundreds of metres of livestock fencing. CAR licences were obtained as necessary.

Monitoring since completion has shown tremendous recovery particularly in the trout population but also salmon too. Water and habitat quality has improved after this project with landowners on the River Doon reporting that the river clears approximately two hours quicker (after spate) than it did prior to ART’s work. 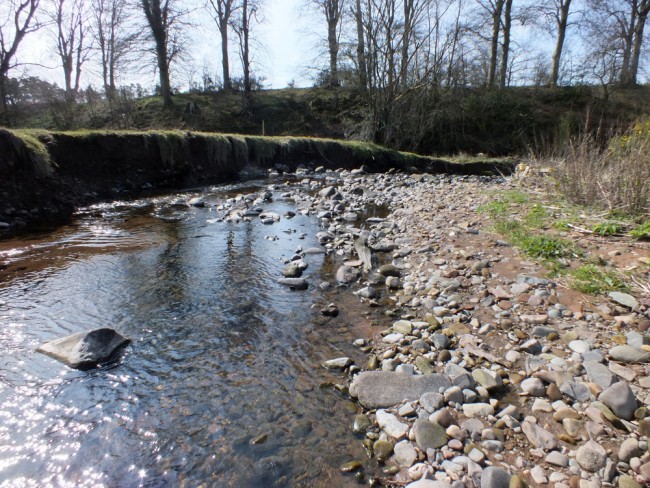 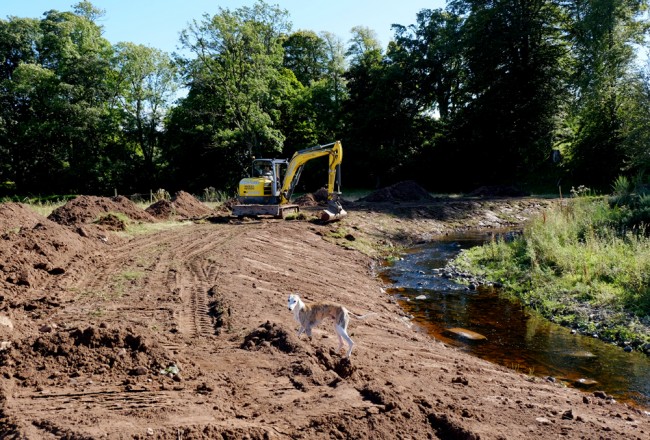 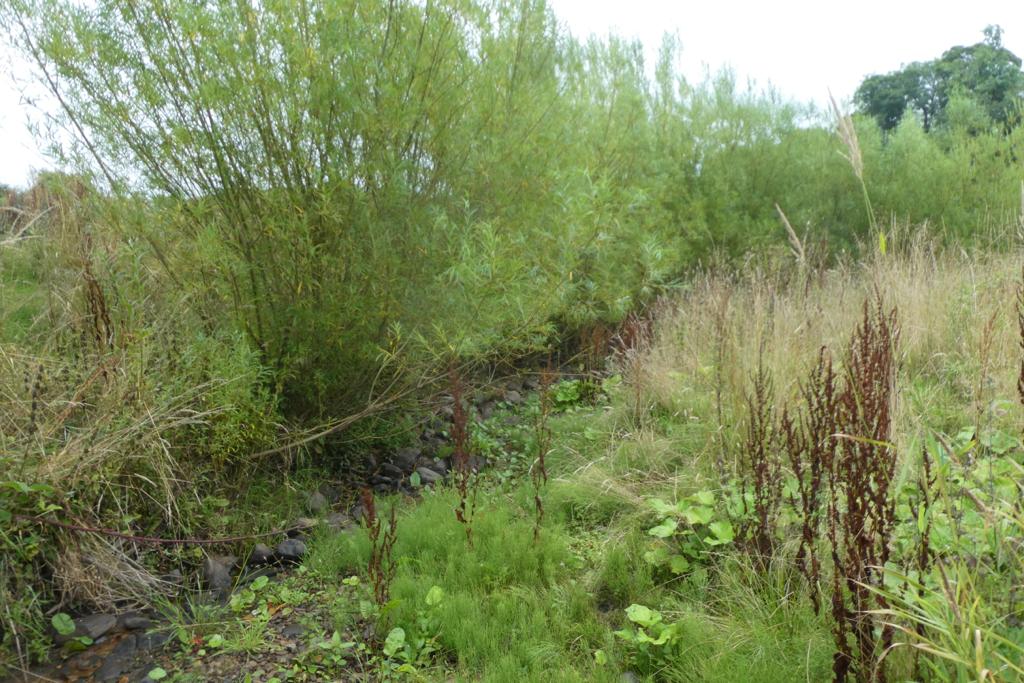 From left to right: before, during and after restoration at Blackbyres

At Sauchrie, the burn was over wide as a result of continual over grazing and bank erosion. In dry summer months the flow often dissapeared through coarser substrates that had been deposited in low energy areas. An ancient weir compounded the problems and interrupted sediment transport downstream. There was also a collapsed bridge at the top of the stretch that  caused bank erosion. ART commenced work in summer 2017 to repair and restore this habitat.

The weir was removed with SEPA’s consent and over 300m of double riverbank fencing erected. Erosion scars were regraded away from the water’s edge where livestock had taken shelter. A mix of broadleaf trees were planted within the buffer zones to create dappled shade that over time will mitigate against climate change and warming waters.

Since completion, the burn has transformed with the river naturally cutting down into the bed following the weir removal. Fine sediments within the work stretch have reduced, runs and riffles developed changed and transformed and overall the appearance and function of the burn has been restored to something much more natural. The buffer zones have developed into lush and stable habitat and only the occasional deer is seen within. Overall, the quality of the habitat for fish has improved although is still challenged through summer droughts. This is perhaps more an issue with upland drainage than anything we can resolve locally. 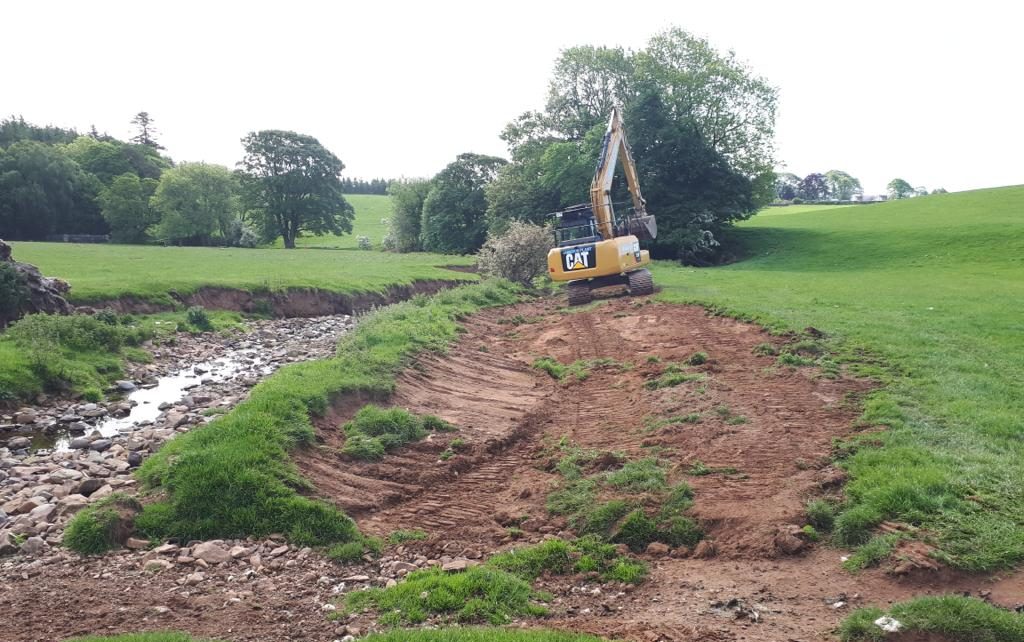 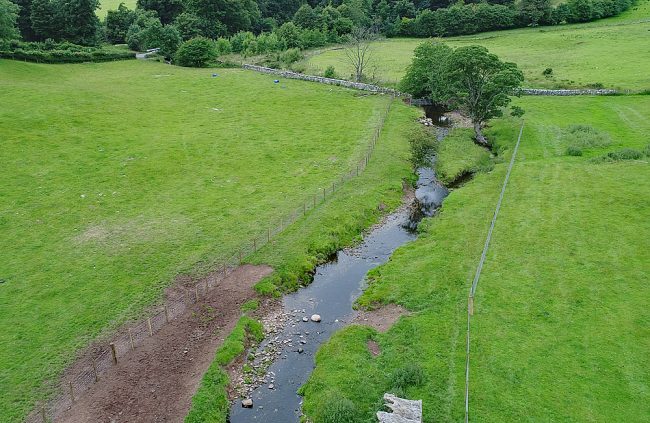 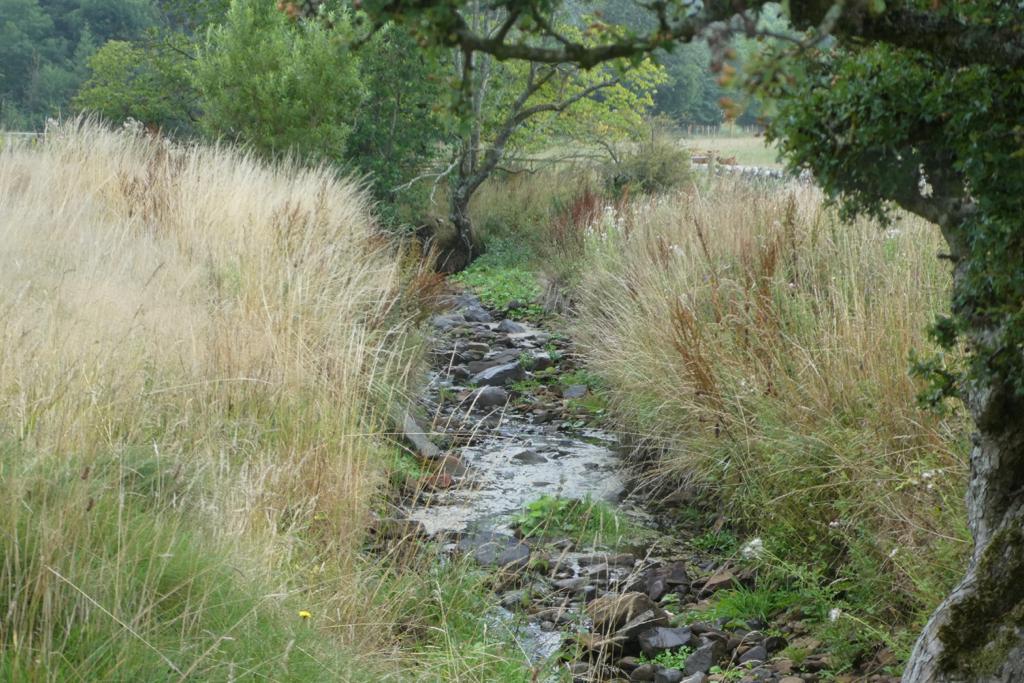 From left to right: During, shortly afterwards and five years later.