First to avoid confusion, there are two separate jobs underway at Catrine, the large weir contract that has progressed throughout the summer. Second contract is the Daldorch wall underpinning. The contractors are different as are the organisations responsible for the works.

Catrine Dam is nearing completion and this morning I was informed by the site agent that he expects to complete the contract by next Wednesday. The blacksmiths were on site this morning fitting the crest plates. Once in place, Covanburn plan to pour the remainder of the lime mortar to the crest on Monday. Tuesday should see the coffer dam removed and by Wednesday, the dam refurbishment will be completed. This is well ahead of schedule and I’m sure the contractors would acknowledge that they have been extremely lucky with the weather. Things could have been very different but well done to them anyway for getting on with it and their proactive approach to looking after the fish. I’m looking forwards to seeing the final result, especially in a spate so that we can assess the access to the fish pass. Should more alterations be required, it would be good to see them completed this year to prevent disruption to next years runs. I hope that the monitoring counter and smolt trap can be operational by the year end in plenty of time to allow assessment of the 2015 runs. The eel pass needs completed as does the baffle arrangement within the ladder.

While at the site this morning, I asked the agent if he could remove the sediment that had filled the middle pool below the weir and fish pass. He agreed to do this today and from what I saw this evening, the depth has been restored. SEPA agreed this would be beneficial and as the flow was shut down today to allow the other works to progress downstream. This was an ideal opportunity to do this work. 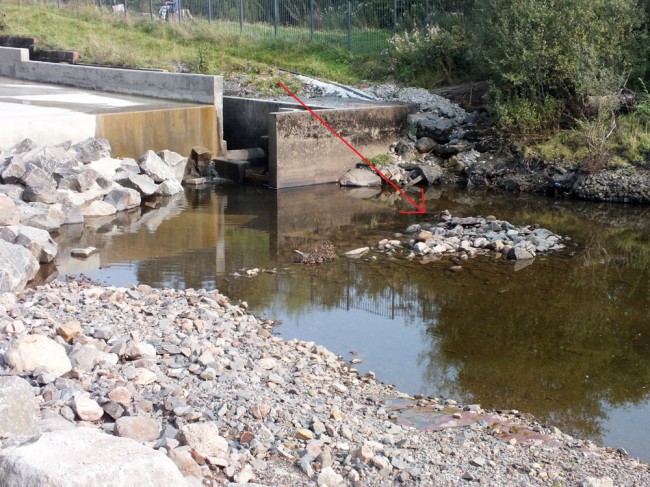 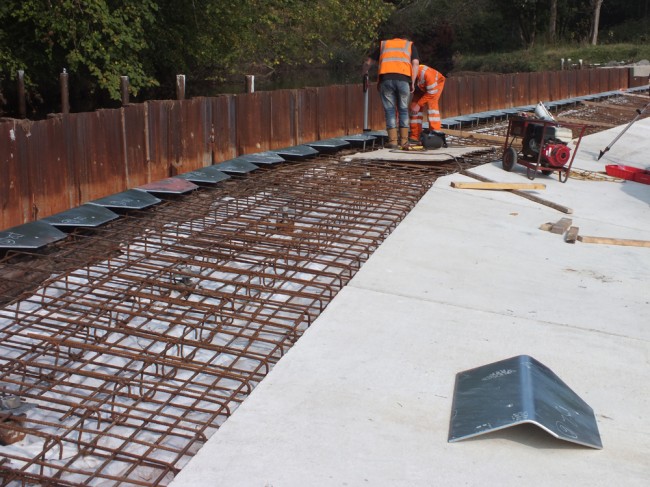 The blacksmiths levelling the crest plates. The mortar will be poured on Monday

The second job underway at Catrine is the underpinning of the Daldorch wall. The shuttering was originally fixed a few weeks ago but was lost in a spate before the concrete was poured. We arrived at the site to see a pump waiting to start work. The shuttering was being strengthened with extra supports. We left with fingers crossed that the framework would hold. 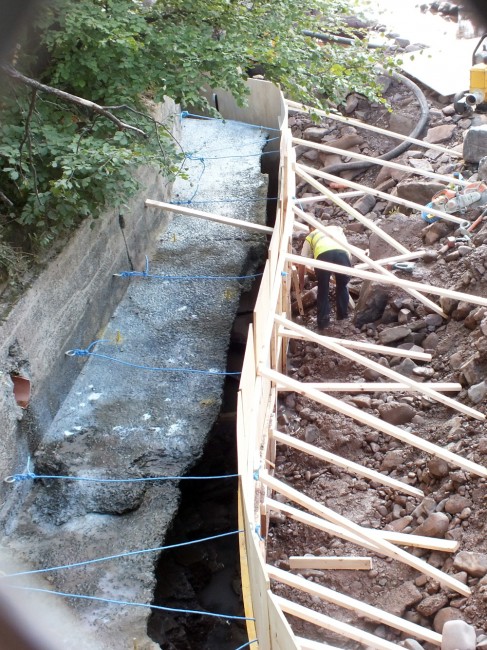 Final strengthening of the shutters prior to concrete being pumped

On the way back to the office this evening we dropped in to see what progress had been made. The concrete pump was still on site but nearly finished. The bed of the river had been further scraped and heaped up to support the shuttering. I would have thought that a sand bag coffer dam would have been more appropriate and have expressed these concerns to SEPA but by this evening, the work was finished and it is only a matter of days before the site should be restored (after a fashion). The damage has been done now so we will just have to rely on time being a healer. 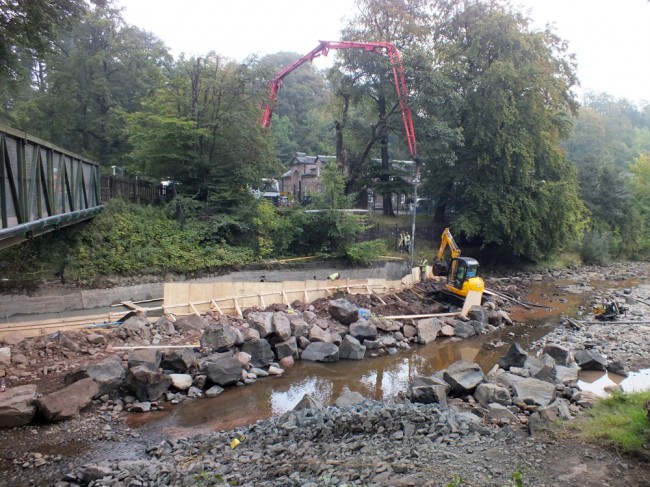 The concrete pumping operation as the last section is completed. The river bed has been scraped and piled behind the shuttering to add strength 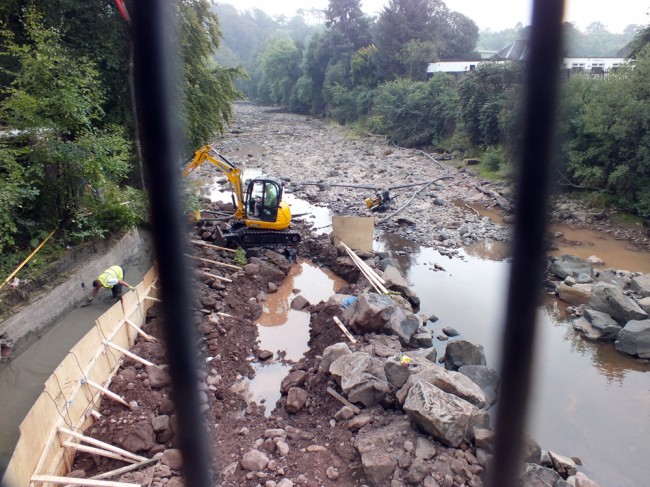 The final bucket of gravel from the river being used as infill prior the the concrete going in. Frankly I was shocked that anyone could think this acceptable. The Job’s now virtually complete and I’m relieved that come Tuesday, the bed should be restored as best the contractors are able to do.

Finally, on the way home we also discovered the Dippol Burn near Darnconnor has been dug out. Someone has been in the burn with a machine in the last couple of days and removed a few tonnes of gravel from the burn. There are heaps of stone at both ends of the disturbed area blocking migration which isn’t that far away. We are aware that there are trout in this burn and have reported the incident to SEPA this evening. 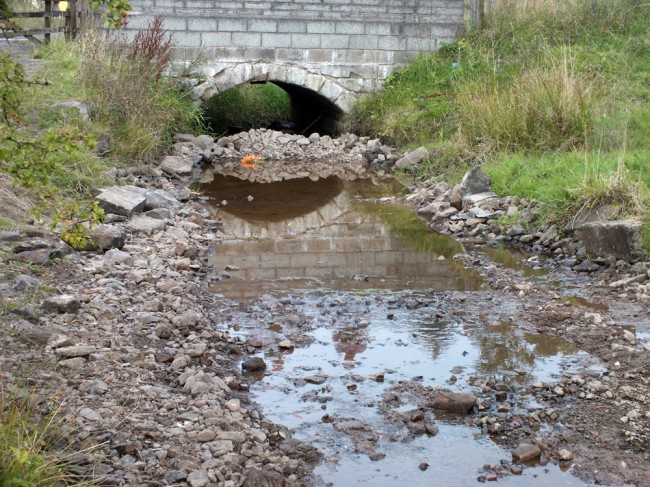 Looking along the devastated river bed on the Dippol Burn. A heap of gravel at the bridge will prevent trout migrating upstream.