I recently urged people to look at their waters to see how many trout are rising. We keep hearing calls that trout are in short supply on the Ayr and Lugar  and that stocking is necessary yet wherever we take time to look, there is no shortage of fish rising. One old school trout angler on the river is constantly reporting to me of the huge numbers of trout that  he and his fellow anglers are seeing. I’ve no doubt he is correct as we have been saying the same thing for several years. There is no shortage of trout.

This morning we stopped in Cumnock at the Dub pool on the way to a fish rescue (a blog on this to follow). The Glaisnock Water enters the Dub and with low flows at present, there are several large trout and lots of average fish waiting to go up this burn for spawning. Trout of up to a pound (or about 12 – 13″) are numerous and rising across the pool. If you look carefully, with polaroids if possible, you will see plenty of bigger fish cruising around and feeding. Just upstream in the shallow glides between the Dub and the Lugar Street road bridge, several very large trout are lying and numerous smaller fish too. 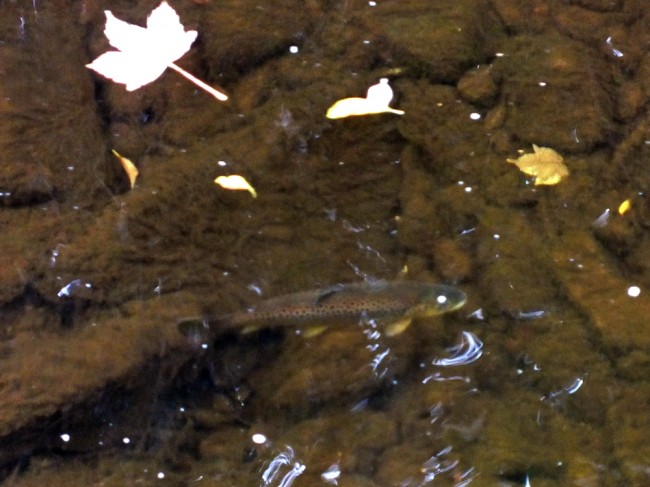 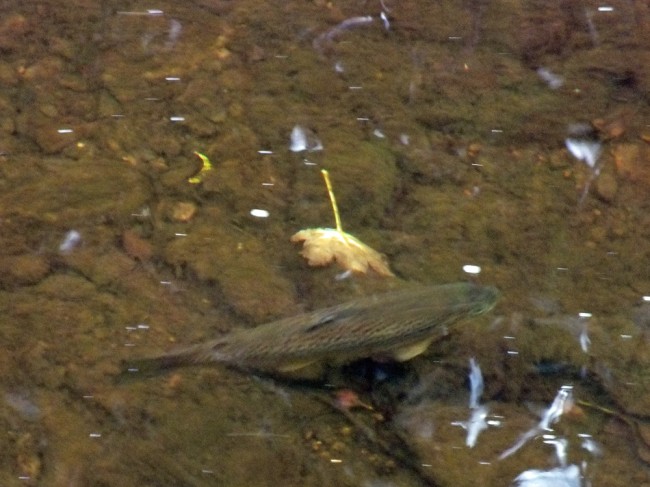 It was a very dull overcast morning when we were there so the photographs below aren’t the best but they do show just a few of the trout we saw. We are aware Cumnock Club has stocked trout for years, but these fish can’t be attributed solely to the relatively insignificant numbers that the hatchery deals with in relation to the massive natural spawning that takes place. They may contribute to the stocks in this area but relatively small numbers in real terms. In any case, we are seeing huge numbers of trout of all sizes along the length of the catchment.

In our short time in Cumnock, we spoke t0 two very different anglers who were also watching the trout. One was a relative youth, probably in his late 20’s or early 30’s, and the other was an seasoned angler in his 70’s. Both were eager to share their opinions with us. The younger man was just delighted to see such good numbers of quality trout in the river.  The older angler immediately after pointing out a couple of the bigger trout to us started complaining that the Lugar is the best trout water in Ayrshire but it needed more hatcheries. He criticised the small size of the fish (despite pointing out some very large trout to about 4 lbs), the poor condition of the substrates (I agreed with him), he criticised agricultural inputs and the discharges from Powharnol Surface mine (again I agreed). He complained that no one was doing anything to sort the problems. He didn’t want to hear anything we could say on the matter and then immediately criticised us for being University trained youngsters that knew nothing of the river. He had spent his whole life walking the river and above Sorn, there were no trout these days. The solution in his opinion was to stock. I told him of a burn I knew of near Muirkirk where I had seen lots of trout of all sizes earlier this year to which he responded “it must be the only one!” Despite pointing out that I was hardly an inexperienced whipper snapper at 50 years old, he wouldn’t listen to anything I had to say so I immediately excused myself and walked away. Although this attitude isn’t uncommon amongst some anglers, I was encouraged by the younger man’s enthusiasm and positive outlook. Gordon and I mulled over the conversations on our way to the fish rescue and we agreed that we should look to the future and hopefully the younger man’s attitudes were an indication of what may become the norm. It’s the practices of the past and to a lesser extent of the present  that have landed us with the problems we now face. Lets hope that through education and experience, we can progress to a more enlightened future.

We looked at Catrine and found no shortage of trout. Ochltree was the same with several really nice 3lb+ fish cruising the margins and Howford Bridge at the end of the day was also full of trout moving and feeding in small shoals. Wherever I look at the river I see healthy trout numbers. Big ones, little ones and all sizes in between, that’s a healthy population. 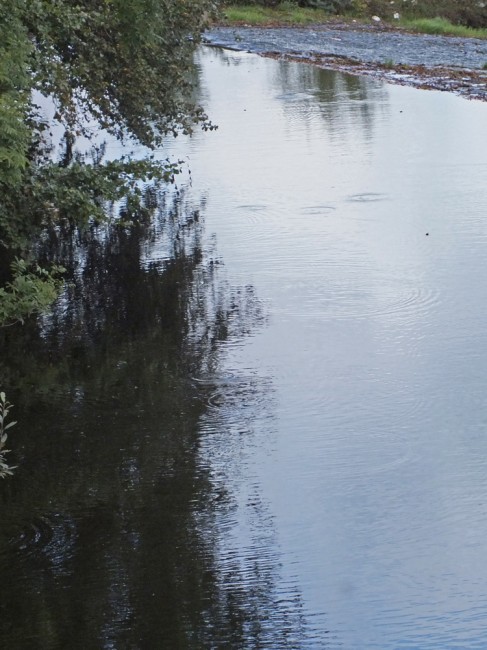 Just typical of what we are seeing on the river at the moment … dozens and dozens of rising trout in every pool. I could have watched this all day!

These fish don’t just appear as spawning time approaches but they are there year round in different lies just waiting to be caught. I remember someone at Catrine Dam saying to me last year that he couldn’t understand where the good trout seen jumping at Anderson’s had come from as they weren’t in the club stretch during the season. I suggest most are. They certainly don’t appear from thin air. With so many trout to be seen at the moment, I’d encourage anyone in any doubt to look for themselves. Of course they won’t all be big but without juveniles, there is no future. Trout around 3/4 lb to 1 lb are there and there in large numbers. Trout over 3lbs are there to be seen if you are patient and can spot them. 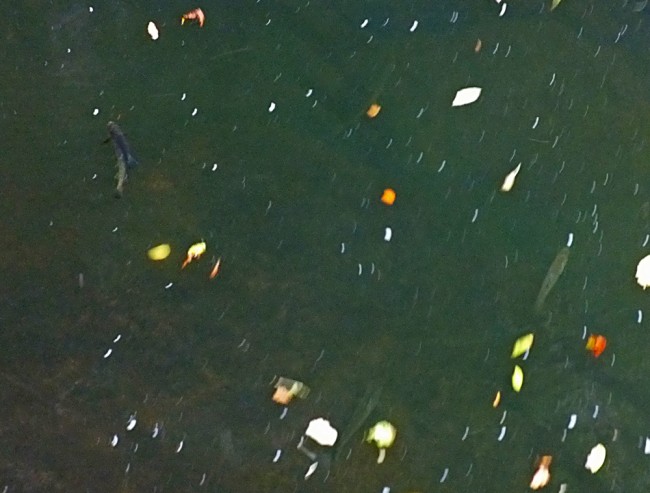 These were just three trout in a shoal below old Howford Brig. We spotted a grayling rising there too and defending it’s territory from the trout as they moved too close. Grayling aren’t there in the numbers that they were just a few years ago 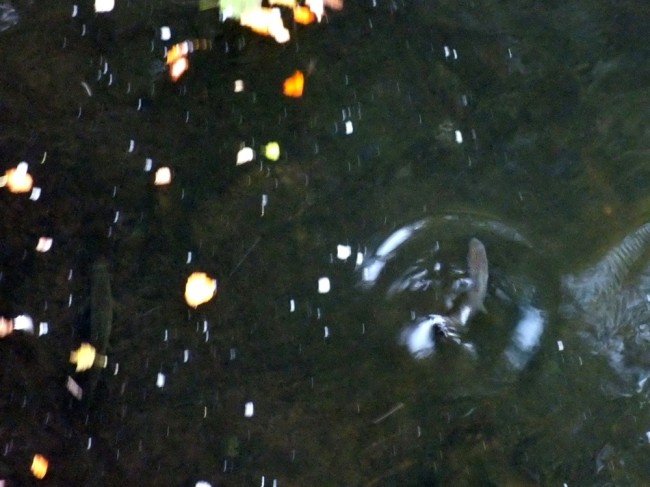 The rises aren’t splashy at the moment, often just a dimple in the surface as they suck midges from the surface.

7 Responses to Ayr and Lugar trout