We’ve been in consultation with Scottish Water for around 1 year over the planned draw down of Caaf reservoir and breaching of the dam wall. Eventually, the plan is to restore the valley to as near the original profile and habitat as possible with the Caaf Water flowing in the valley floor. That should be a good outcome but first there’s a huge job to drain down and restore the site.

Last week we received notification from SEPA that there had been a silt pollution incident from the reservoir as a result of blocked sediment filters. By all accounts the pollution was fine sediments that hadn’t settled out and had ultimately ended up at sea with little impact on the fish population. A meeting arranged for this morning allowed me to see what progress had been made and to have a look at the Caaf Water for myself. Almost 1 week after the pollution incident and I found plenty of evidence of heavy silting on what was a clean river bed last summer. 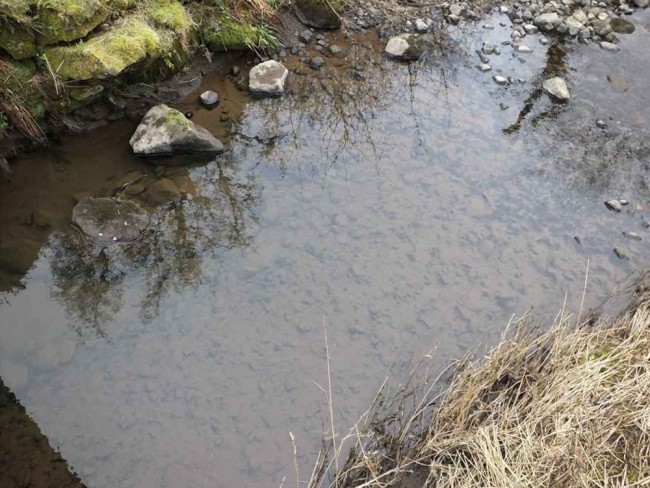 SEPA described the silt as having limited impact on fish populations as most sediment had been carried in ‘Solution’ to the sea. I suspect they meant suspension but I did find evidence that substantial quantities of silt had dropped out en route. 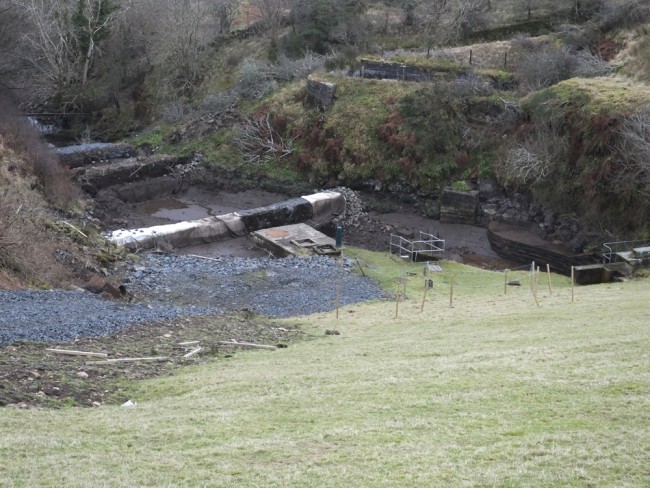 The view of the settlement ponds where the membrane filters chocked with fine sediment. Consequently the ponds overflowed allowing silt to head downstream. Improvements are about to be made so this shouldn’t happen again.

How the level of impact on the Caaf Water’s trout and salmon populations can be assessed is a mystery as despite concerns raised by ART, no monitoring was required in advance of the works. We do have data from 2013 from the lower river but nothing from above the Linn where Jacob’s ecologist assessed the trout population as poor. ART disputed the evidence for this assumption.

The reservoir has been drained to a low level prior to the pollution after which SEPA required improved sediment management and control. Draw down has been suspended for the time being. ART now have to rescue the remaining fish from the reservoir several months before we had recommended due to the advanced stage of the draw down. Whilst not ideal, hopefully we will be able to catch as many trout and eels as possible before the draining recommences. This isn’t going  to be an easy task especially in February when water temperatures are low and the fish may be lying close to the bottom. 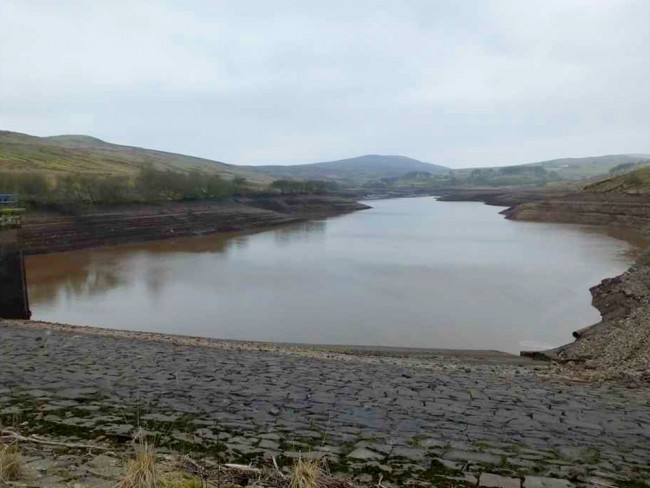 We were expecting rather more water in the reservoir when we arrived this morning. 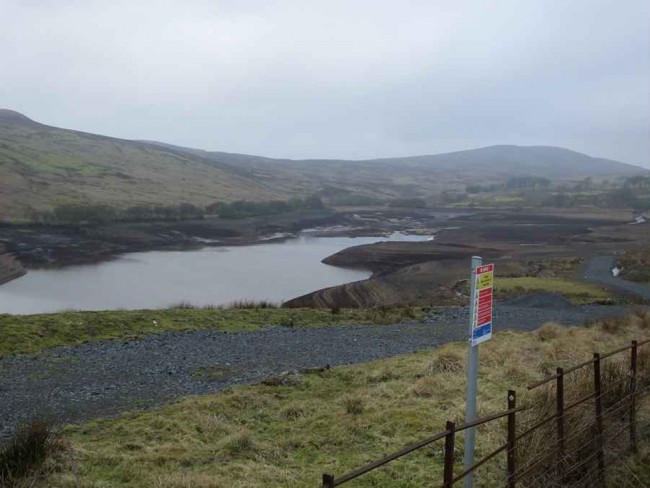 The Caaf Reservoir at much reduced levels. Within a couple of weeks we will be afloat and netting what fish we can from this water.

Once Scottish Water has improved sediment management, the levels will be reduced and the reservoir emptied. I suspect we will have several days of netting to ensure most fish are removed. I hear that we should expect few rainbows, many tiny brownies and a good number of eels. Despite a few problems to start with, I hope that the outcome will be a good one.

7 Responses to Caaf Reservoir draw down