Max Stobbs called today to inform me that he thought he’s spotted a water vole at Belston. It appears he’s seen it a few time in front of the cabin which made me suspect it may be a rat so I asked him for a photo to confirm it’s identity. Both photos below were taken by Max.

Sure enough when I saw the pictures, there was no doubt that it was indeed a water vole which is great news for the species in Ayrshire. I’ve often thought that Belston Loch would make a great location for these rare wee animals as the habitat offers great nesting opportunities in the reeds and some of the banks are ideal for burrows although I’ve never seen any. I do suspect that they will build nests above the water line in the reed beds (a less common nest than burrows) and I will now keep an eye out for these as I’ve never seen one before. 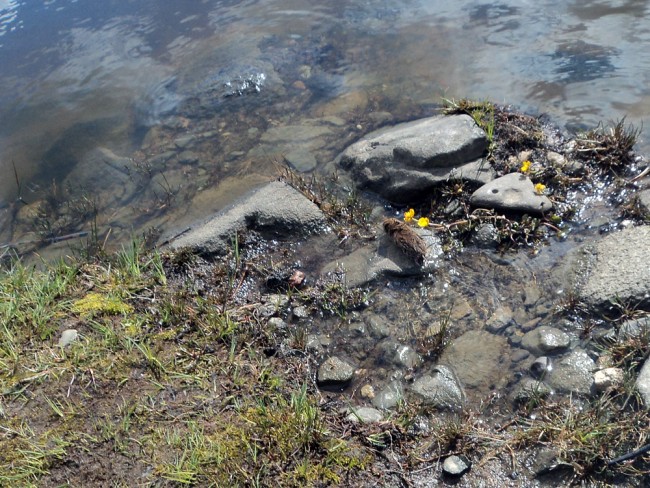 ‘The Belston Water Vole’ just in front of the cabin. Lets hope this is just one of many. I’ll have a look.

As a boy I used to see them regularly on the Pow Burn at Prestwick but escaped mink have largely wiped them out across the Country. Ayrshire populations crashed and the last known lowland population in South Ayrshire was lost in 2009 after an unfortunate dredging incident. ART restocked that location over 2010 and 2011 and established a small population which we believe is still surviving at low densities. Around that time I spotted a single animal on the lower River Irvine so they were still managing to survive there.

We stocked the Slaphouse Burn in Ayr but haven’t seen any field signs recently although they may still survive. Airds Moss on the upper River Ayr and the Glenmuir water have both produced reports of these animals occasionally but we haven’t seen any signs ourselves. Another location we stocked was near Barskimming in a small pond where the habitat was excellent. As yet we haven’t been able to establish whether they remain there or not. Essentially the animals have the best chance of surviving where mink aren’t present. Remote locations where there’s no obvious route in for mink make the best locations to stock but typically, the animals make the decision whether to stay at the stocked locations regardless of how ‘perfect’ we think they are. I suppose stocking always carries the risk that the animals just don’t like the habitat and disperse.

With Belston now recorded as a water vole habitat, I’ll try to find a way to survey the surrounding area. I know in 2008 the pylon route that’s  currently being constructed just 1/2 mile from Belston was surveyed and old burrows recorded not more than a couple of miles away. In Kyle Forest nearby, burrows again were recorded so there is a history of the animals nearby. I’ll keep the blog updated if I can find any more evidence of where they may be nearby. In the meantime, I’ll try and get a mink trap and raft to Max to make sure any mink that might arrive are quickly caught before they do any damage. 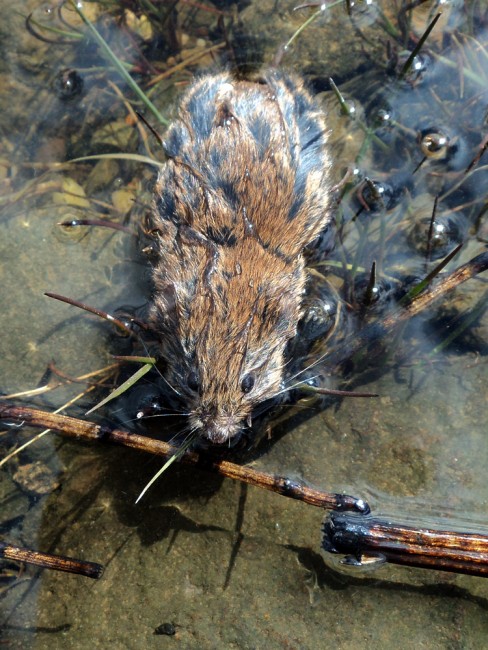 This wee water vole wasn’t too bothered about Max taking a photo of him from just a few feet away. Typically they aren’t too wary of humans.