With water levels again fishable we completed the timed survey of the Stinchar last week. Once again, we found excellent results from another Ayrshire river this season. We have two left to do (Irvine and Garnock) so hopefully this dry spell will hold but tomorrow’s forecast isn’t looking promising. We will have to delay a decision until Monday morning to see what the weekend’s weather does. 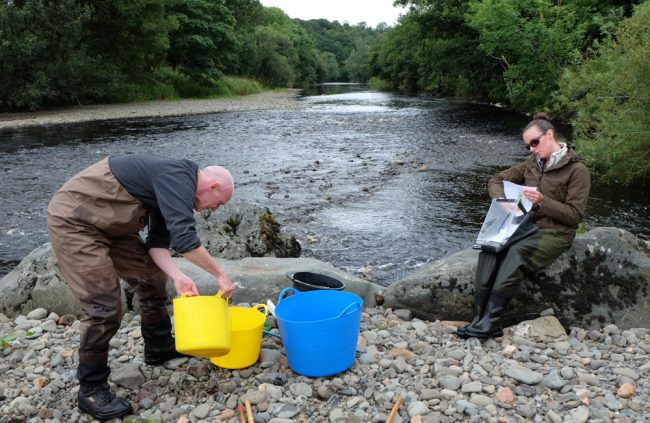 Hallowchapel where Jim and Gillian are processing the catch 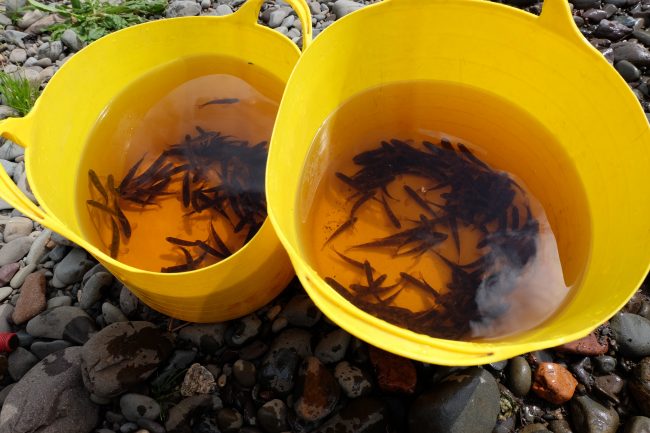 A good catch from Hallowcchapel, but we’ve had better previously

The Stinchar results from the upper river are the best we’ve ever recorded at each site. On the lower river, results were still excellent but slightly lower than those found in 2013 so once we enter the data and have a look at it, it will be interesting to see if the mean average is the best on record. I wouldn’t be surprised. We will need to check the other results but I’m confident that the Ayr results will be it’s best on record too and this may have been assisted by conservation measures that were in force in 2016. 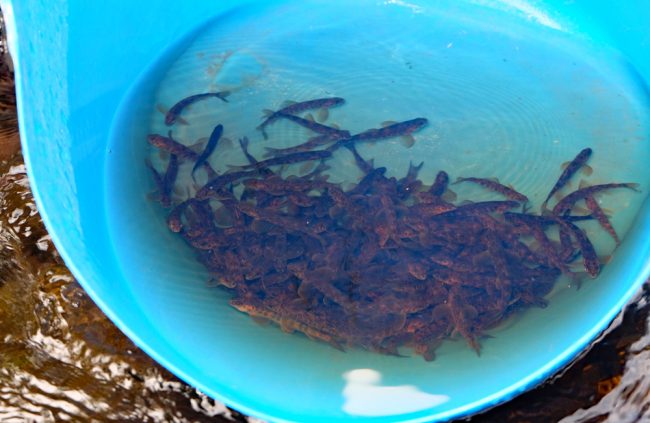 Another sample collected from upstream of Colmonel. These are good results regardless of whether we’ve had better before or not

Both Doon and Girvan produced some very good results and way up on last years. I’ll need some time to analyse the results across all the rivers before we can say more than that.

I’m looking forwards to starting on the Irvine and Garnock next week. These fish populations within these two rivers are largely unknown on a catchment scale although we have surveyed many sites over the years. We often hear claims from anglers that the Irvine is ‘the best river on the west of Scotland’ so we should be able to see how good the juvenile production is at the sites we survey and have a better idea how they compare with similar habitat on other Ayrshire rivers. This timed survey should start to give us a fuller picture of where’s productive or not.

One Response to Timed Surveys completed on the 4 DSFB Rivers