Another barrier about to be eased Renault Kangoo van now sold

We have spent years driving for removal or easement of barriers in Ayrshire so we are pleased when we see nature take its course and does all the hard work for us such as happened at Lainshaw Weir at Stewarton recently. We revisited the dam today to see how things had changed since or last vist towards the end of January. 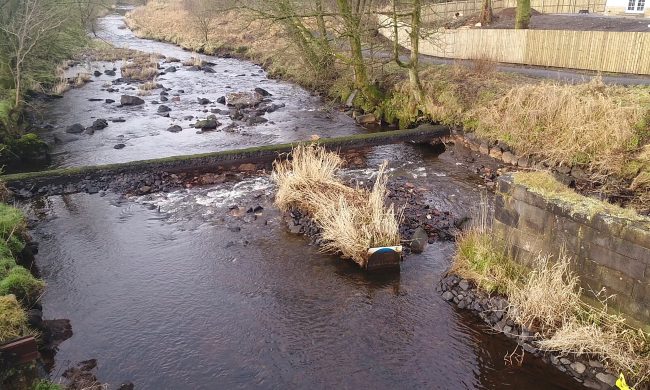 The weir shortly after it collapsed in January 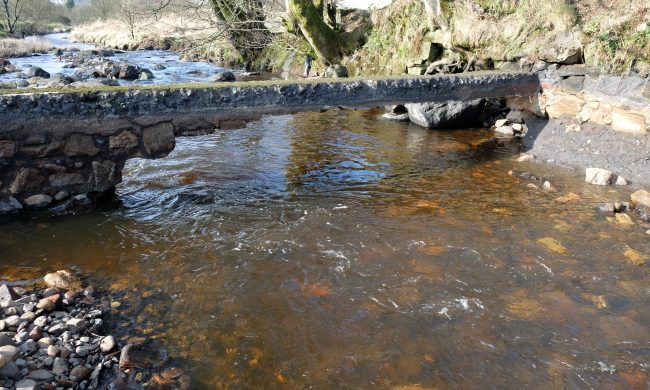 … and as it was yesterday. Note the gap is widening and the river is cutting back upstream and deepening. This will continue until it finds its natural level

The river no longer runs down both sides of the bridge butresses as it did before. Instead the river is cutting downwards and upstream causing the flow to come down one side only. As this downcutting progresses upstream until it stabilses, each spate may change the flow patterns considerably but eventually things will settle down and the river will flow naturally and become stable. 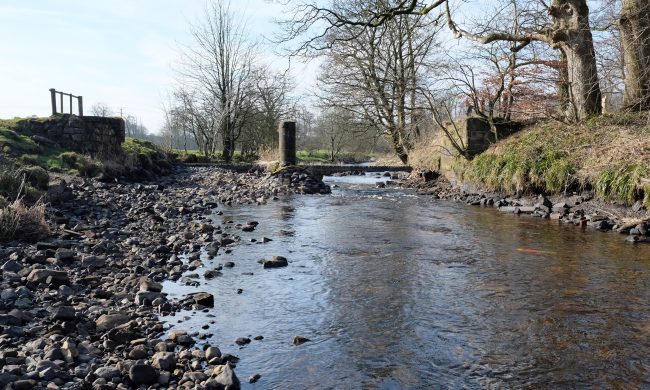 Inevitably, things will change as the river redistributes sediment built up behind the dam for over a Century. Once things stabilise, new and more productive habitat will have been formed and another part of this river restored.

I am rather surprised to hear that some people want this weir reinstated. Weirs cause many problems and have inherent dangers. At this weir, just a few years ago, a youngster was tragically drowned. The undertow at weirs are notorious for entrappment and it has happened on the Garnock too as a couple tried to rescue their dog. We make no apology for supporting full removal of weirs as they reduce risk to both people and fish populations that can become fragmented and reduced as a result.

Anyone wanting this weir reinstated for aesthetic appeal will face opposition from not only ourselves but many anglers and others concerned with ecology and river function. It was an unregistered weir and as such, no one took responsibility for it, nor maintained it. It, like many others came to the end of its life as others will also do through a lack of maintenance. Unless there is good reason to keep a weir in place, then we are pleased to see them go and will continue to support removal or easement wherever possible, in keeping with our constitution.

One Response to Lainshaw Weir, Stewarton