With one team electrofishing on the Girvan catchment the other team made an early start and headed down to the Stinchar valley to monitor a handful of tributary sites yesterday. Year to year populations fluctuate for a variety of reasons not least due to the availability and ability of the returning adult fish to populate areas and the environmental conditions that allow them to access these locations. With that said reports on the Stinchar last season were of a river full of fish and good winter spawning conditions (also indicated by our main river surveys so far).

A ccolourful brownie from the Pullover Burn in the upper Stinchar 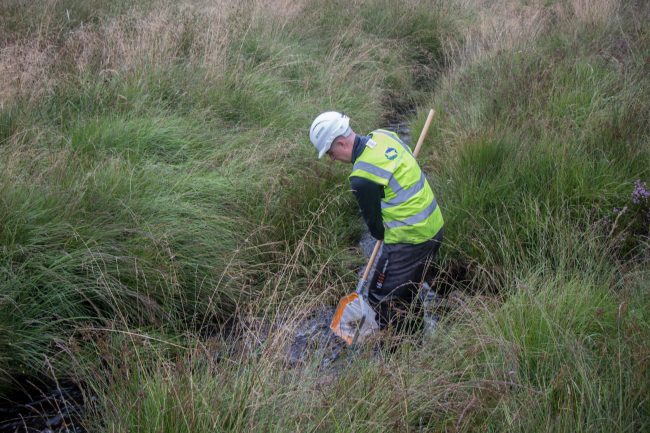 Muir performing a kick sample on the Pullover Burn to assess the invertebrate population.

The drought over the early and mid summer will have played a part in the number of fish remaining in the burns, but to what extent is nigh impossible to quantify. 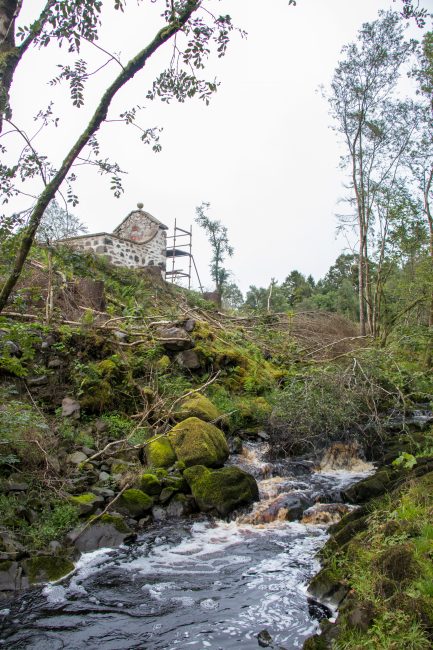 Felled woodland at Martyrs Tomb on the Cross Water. 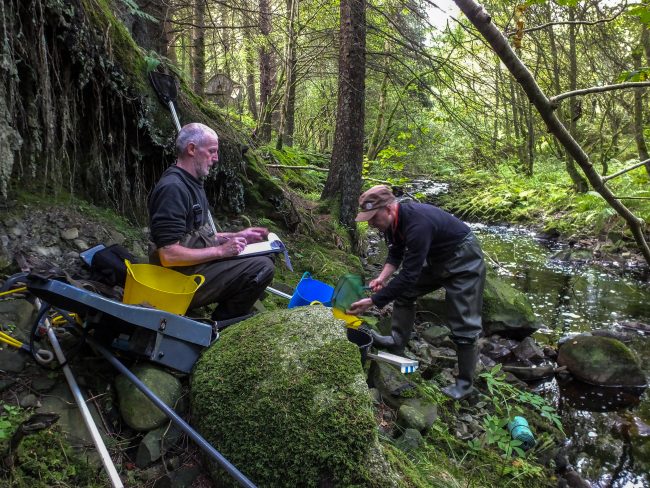 Spot the difference, last year Jim and Muir recording the catch on the Cross Water near Martyrs Tomb.

All our sites had the species (some sites aren’t accessible to migratory salmonids) we would expect and all year classes of fish, indicating that there has been spawning over winter and survival of fry into parr. These results will need to be compared to our historic data to fully understand the results. 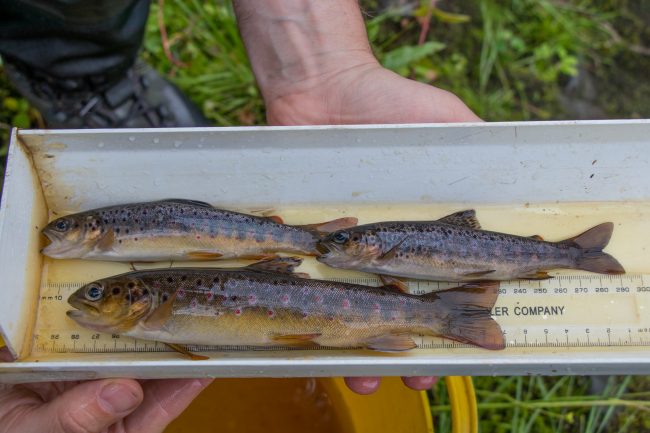 A brace and a half of colourful brownies. Despite the upland, acidic nature of the Cross Water the fish here are all in good condition.