Ayrshire Rivers Trust will very shortly have an additional licenced Freshwater Pearl Mussel (FWPM) surveyor in the team. Muir attended a freshwater pearl mussel training workshop yesterday in Inverness hosted by Scottish Natural Heritage (SNH), The Scottish Fisheries Co-Ordination Centre (SFCC) and Ness and Beauly Fisheries Trust. The aim of the workshop was to introduce surveyors to FWPM surveys, ecology and conservation. It was an informative day providing attendees with the latest up to date survey techniques and learning of the latest research first hand from experienced experts in FWPM conservation. 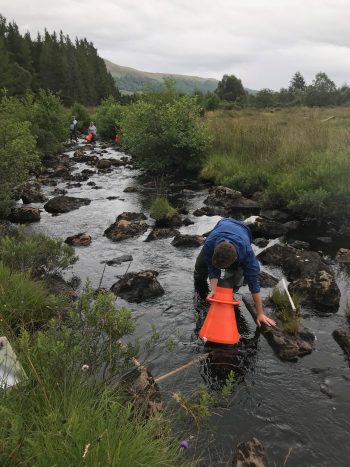 Here in Ayrshire, the Trust has a long history of surveying and representing FWPM’s interests. Our unique position where we work for District Salmon Fishery Boards, riparian owners and undertake FWPM surveys for developers and consultants means we have built up extensive knowledge on their distribution in Ayrshire. However, there may be populations that remain undiscovered within watercourses that have never been surveyed. It is likely that most Ayrshire Rivers would once have had a freshwater pearl mussel population but many of these populations have either declined or disappeared due to human activities. These include pollution, river engineering, acidification and declining salmonid stocks which the mussel uses as a host during the larval stage. 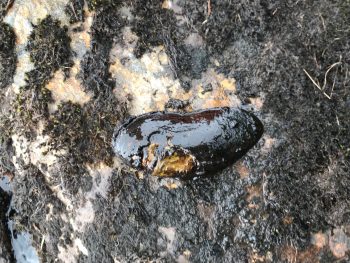 If you are planning river engineering works, you should ensure that your plans will not have a negative impact on freshwater pearl mussels. Failure to do so may mean that you are breaking the law. More Information for developers working in and around watercourses can be found here https://www.nature.scot/freshwater-pearl-mussels-guidance-working-and-around-scottish-rivers

For more information on freshwater pearl mussels in Ayrshire or you wish to commission the Trust to undertake FWPM surveys then contact us at info@ayrshireriverstrust.org or call 01292737300.