Erosion at Galston on the Irvine

In 2017, Ayrshire Roads Alliance (ARA) engaged Aecom to design an engineering solution to prevent the Chris Hoy Cycle Path being lost through erosion that is well underway just upstream of Galston. More concerning to ART is the main sewer that lies next to the path this if ruptured could lead to massive pollution and damage to the River Irvine fish and ecology.

The final proposals were submitted to SEPA for CAR license approval in July this year. The process of issuing these licenses normally takes 4 months at least. Consequently it doesn’t really leave any opportunity for engineering works to take place this year prior to spawning. 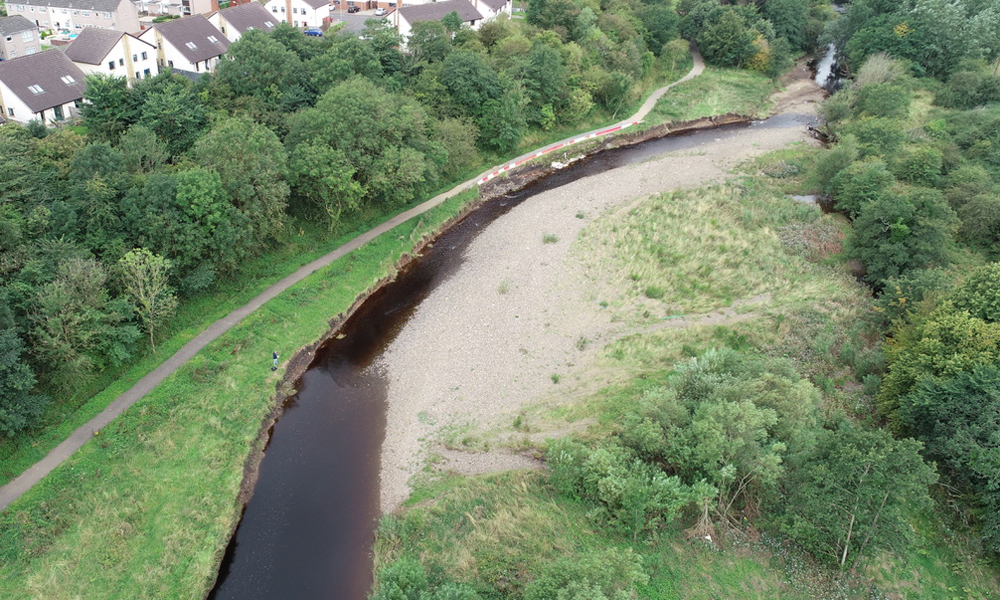 During August, rainfall has been extreme with more rain falling than any other month this year. The River Irvine has virtually been in constant spate for most of the month and the bank has eroded considerably. This prompted ART to suggest to SEPA and ARA that urgent action was required to prevent the cycle path and worse, the sewer failing before winter even arrives. The path is now undermined. 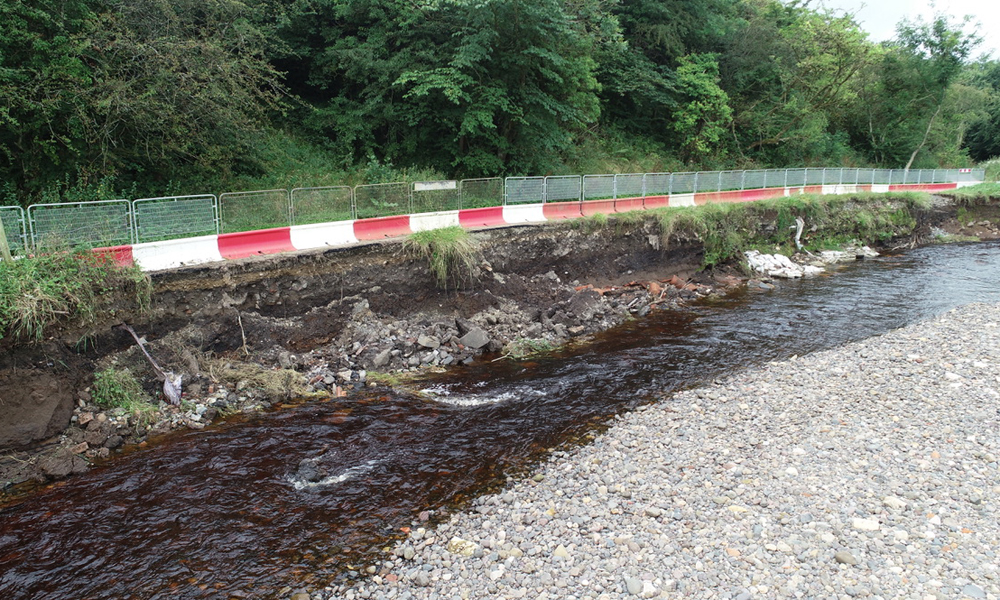 The Chris Hoy Cycle Path is threatened by the erosion that is taking place but more worryingly so too is the main Irvine Valley sewer that runs just beside the path. Over the last 3 weeks, the bank has receded by around 1m. The protective barriers have been pulled back further onto the path. Unless action is taken in the near future, we expect the path may be lost in high waters over winter.

The erosion from above. We’ve been taking almost weekly images of this site for the last 3 weeks to monitor changes

Stakeholders met today at Galston to assess the situation and to come up with a plan that SEPA may approve but we fear that bureaucracy may prevent a rapid assessment and decision being reached to allow temporary shoring works to proceed. That would be a great shame as everyone present recognises the need to take action quickly to prevent a disaster. However, it was agreed that ARA’s consultants quickly draw up plans and submit them to SEPA for consideration. Once this is done, a rapid assessment and approval reached should allow basic measures to be taken to protect the bank. Fingers crossed this can be achieved before winter and spawning season.

We meet with stakeholders again next week to discuss timescales for the rest of the works but we can’t see how this will be undertaken before May next year. Bye then trout and salmon should have emerged from the gravels and work in-stream could progress with minimal disturbance to angling and migration (so long as adequate silt protection measures and a suitable bypass channel are in place).