Catrine bywash upgraded Smolts in the lade at Catrine 2020

We received reports that the gravel bar at the mouth of the Stinchar was preventing smolts leaving and rendering them prone to high levels of predation in the estuary pool. We decided this warranted further investigation as this situation could lead to severe losses of smolts in we don’t get significant rain in the next few weeks.

The mouth of the Stinchar is highly mobile and occasionally requires clearing as when it becomes blocked, the river flows through the gravel and not over it. This leads to problems for emigrating smolts and returning adults. 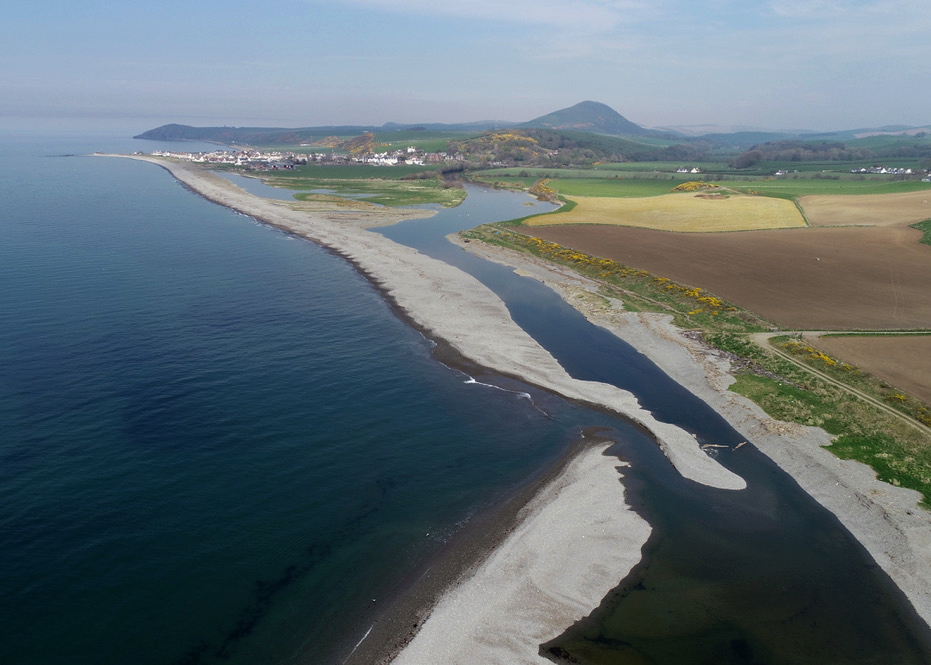 We decided to check this afternoon on a falling water level. High tide was around 2pm this afternoon and I arrived shortly afterwards and remained observing in the glorious sunshine until near 5pm. At high tide there was a clear route out for smolts. By 5pm, although there was a route out, it would require smolts to be willing to traverse very shallow water for a considerable distance. This may not be too much of a problem under the cover of darkness when most smolts move. How much longer they were able to leave the river I’d have to guess at but I am aware that at low tide, the river flows through the gravel bar rather than over it and therefore smolts can’t leave at that time. 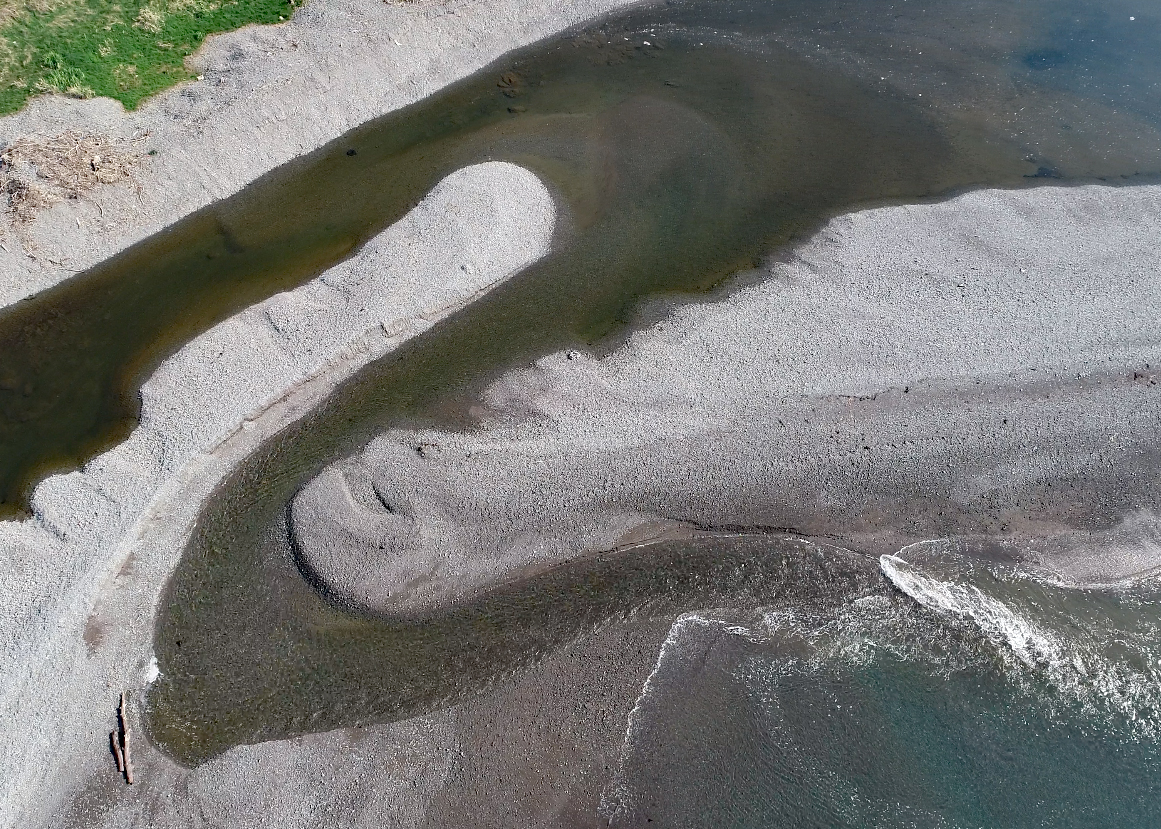 As there was at least a 3 hour period on a rising tide and again on a falling tide, and there are of course 2 tides each day, the smolts have at least 12 hours in which they may leave the river. For the other 12 hours in the day, the time available for them to leave may be very limited and when the low tide occurs may play a large part in whether they leave or not. There were smolts showing throughout the tidal stretch and as far upstream as the old bridge. I’m sure there will be many more to come from further up river throughout May. 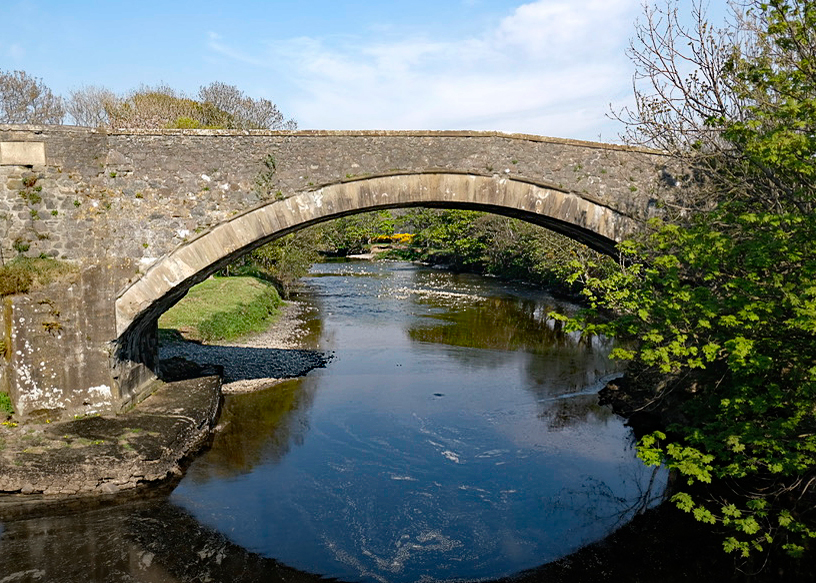 A smolt rising below the old Ballantrae Bridge 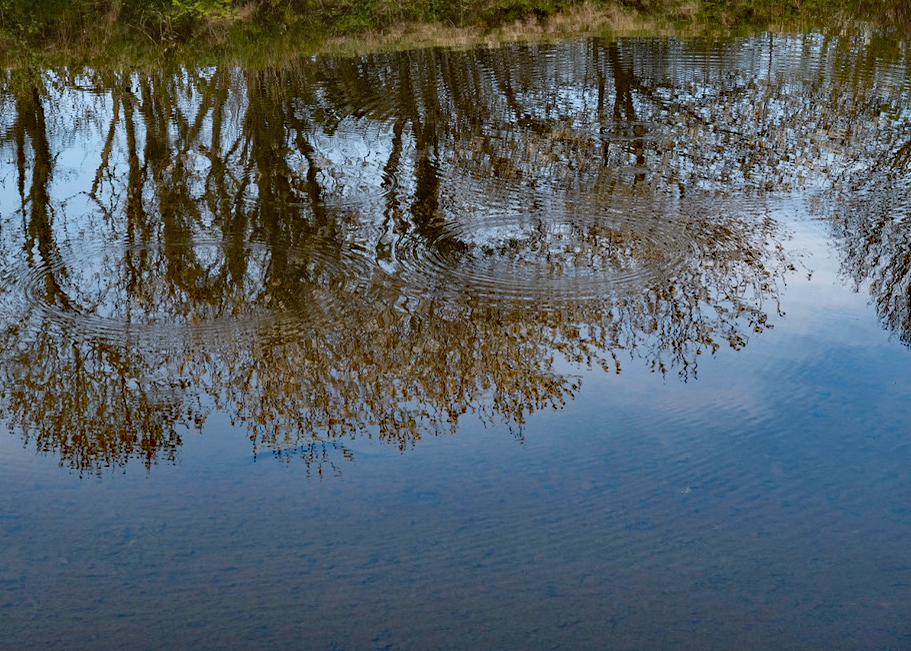 We will monitor this situation but what we really need is a full blown bank to bank spate to clear a route through. Of course, until there’s water, then there aren’t going to be any returning adults ready to run so hopefully as the season progresses, this situation will resolve itself but on occasions, licenses have been procured previously to allow mechanical intervention to ease the situation.