A year or two ago, a simple electric scare fence was erected on the Glenstang Burn near Stair. This prevented cattle accessing the water margin in the bottom half of a field but open grazing remained on the upper section where erosion continued to occurred around trees as cattle sought shelter and drank from the burn. 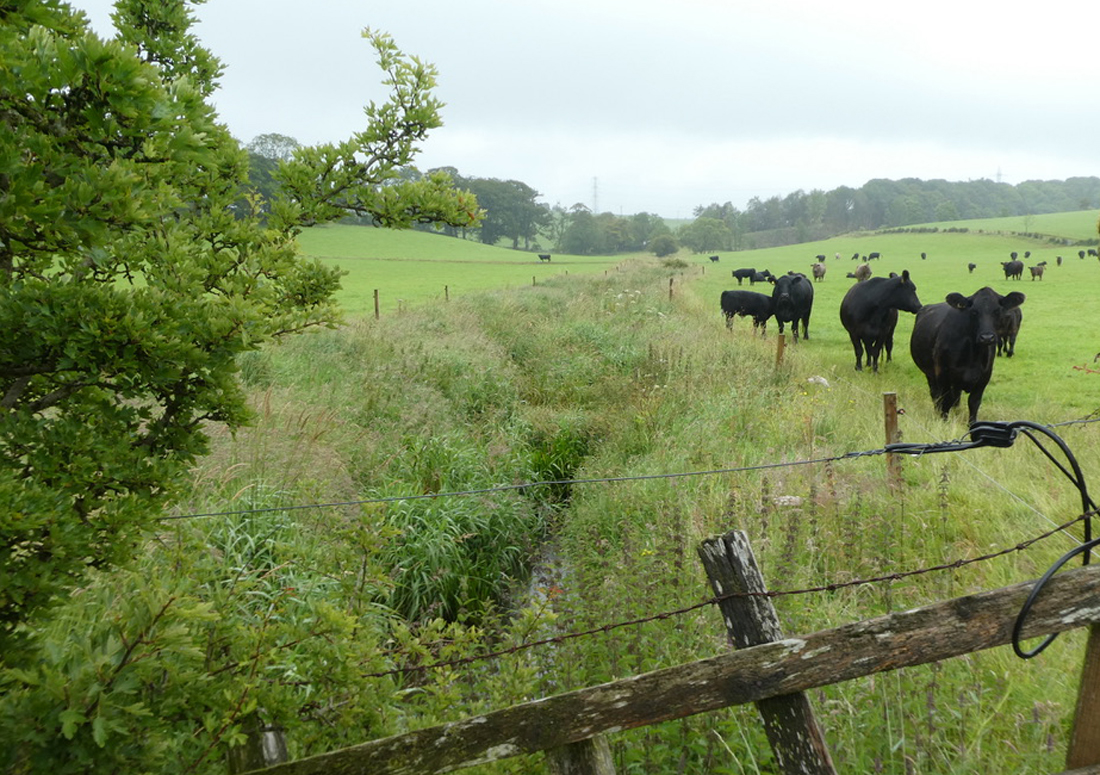 Looking upstream along the burn where scare fencing keeps livestock from the water and protects the banks.

All fencing brings benefits and while we were keen to see how effective the scare fence was in this area, we were also hopeful that it would be extended further upstream in the same field. This burn is not producing many fish at all and surveys this year revealed the situation is worryingly poor for such a sized but in its location within the catchment. The lower reaches should certainly produce salmon and the upper reaches should have trout. We did record a single salmon fry in July not far downstream of the fencing and that indicates at least one pair spawned somewhere nearby. This was a first for ART in many years. It is perhaps too early to suggest any improvements have led to this but we do expect increases in fish numbers as the habitat recovers.

During July, we were pleased to see that the fencers were  working and the scare fence had been extended to cover the remaining upper section in this field. This is a very welcome addition and we look forwards to the benefits this should bring. The transformation in the lower section of the field has been great in terms of habitat and possibly water quality too and these in time should be reflected in better fish stocks within the burn. Credit where it’s due and I’m sure all anglers will be pleased to see and be supportive of this landowner’s efforts and improvements. Fencing is expensive however scare fences offer a cheaper alternative to netting or post and wire and does work. We would like to see all burns where livestock have access and cause erosion protected. That’s perhaps an idealistic view but as our fish populations continue to decline, we see this as a way forward that could reverse the trends. 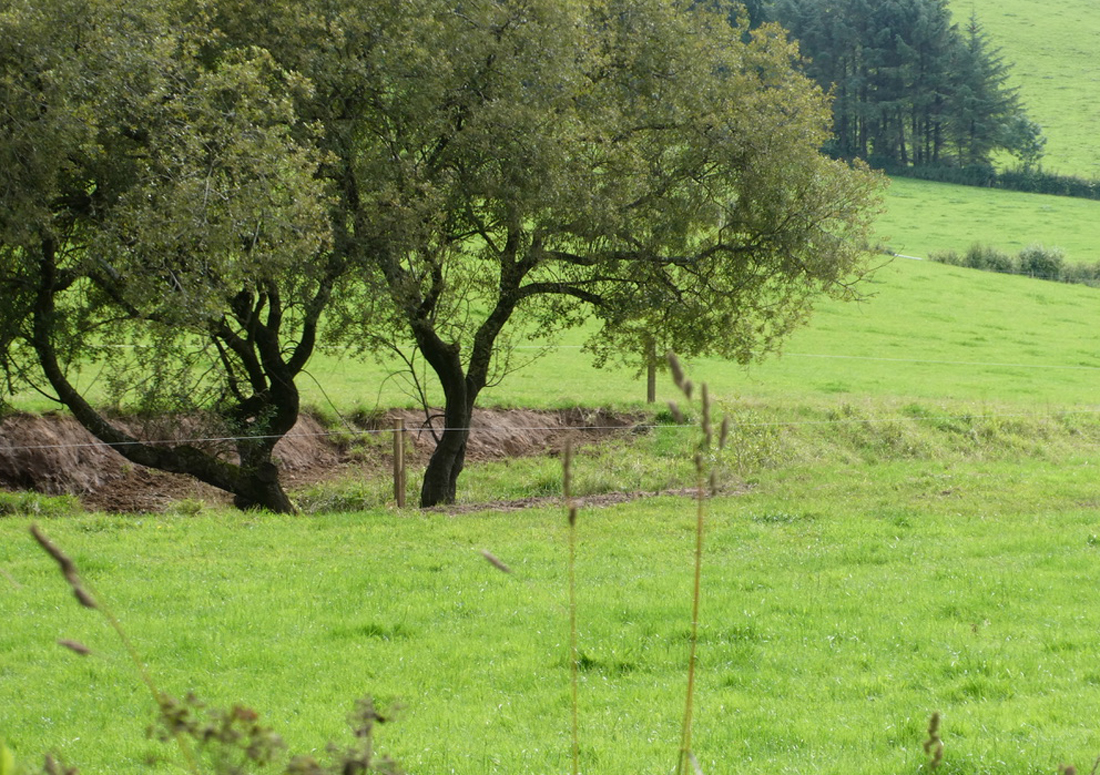 More scare fencing erected and we are looking forwards to the improvements this will bring. While fencing may be an expensive burden on farmers, it really does make a huge difference to water quality and habitat on rivers and burns and in turn fish populations

This section of the burn has been historically straightened yet all the old maps I have been able to find show it poker straight through this field. It must have been done long ago. Yesterday, I came across an estate map dating back to 1800 that revealed all. The burn was meandering in those days so while we don’t know exactly when it was modified, we have confirmation that it was at some point after 1800. Ancient maps often reveal much about the way rivers and the countryside have changed over the years and are fascinating to study. 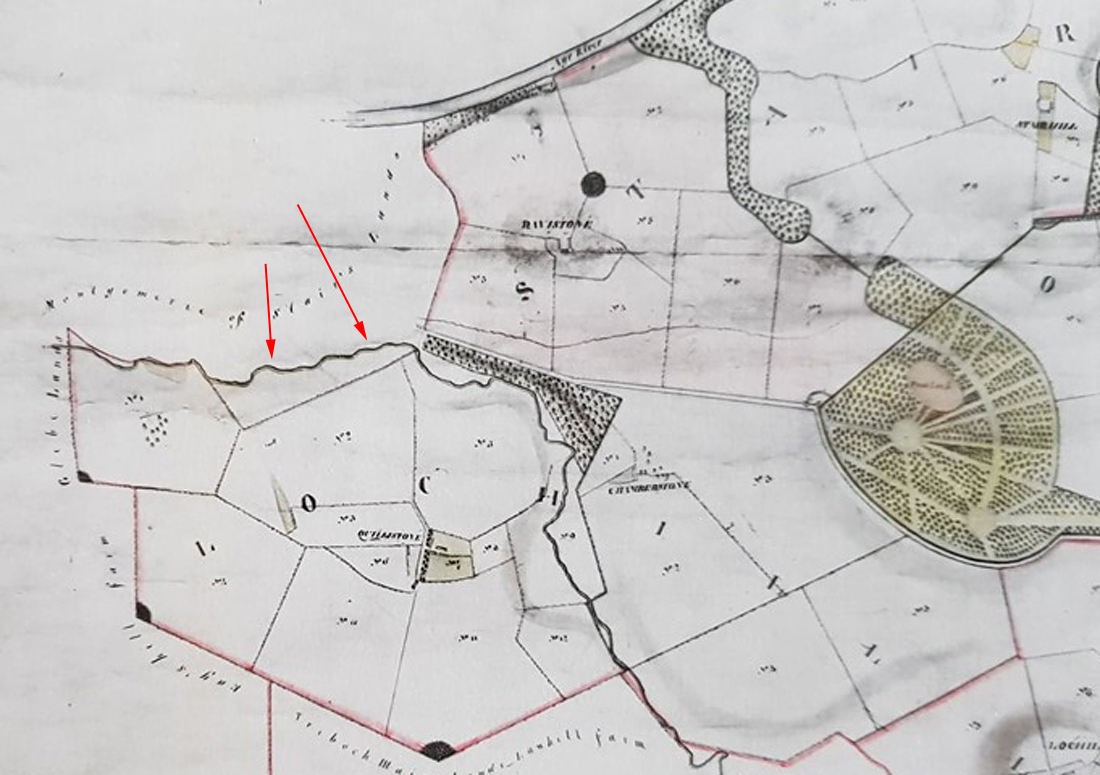 An estate map dating from 1800 shows the burn was meandering and natural at that time. The image above with the cattle was taken looking from the fence line to the left of the arrows and looking in the direction of the arrowheads