There was a lot of coal in the Muirkirk area and it has been mined on and off for many many years. Scottish Coal have a large opencast mine in the area at Spireslack which has exploited most of the easily accessible deposits. One of the remaining large deposits lies below the current course of the Ponesk Burn. The burn was diverted previously and currently flows down a course which is significantly shorter than natural. There are problems for fish passage including perched culverts, gabion baskets and a concrete lined section.

The Trust had been working with Scottish Coal and their partners on the concept and design of the  new channel, which will return the burn to close to its original course, lengthening it in the process. The works are progressing well and the new valley has been largely formed. 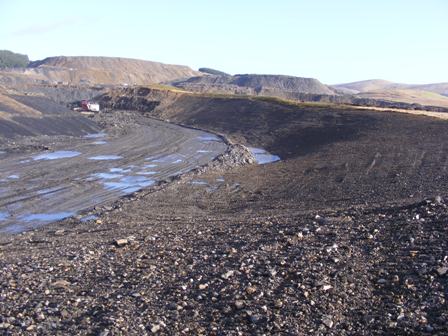 There are a number of challenges mainly concerning the underlying rock and slope stability. 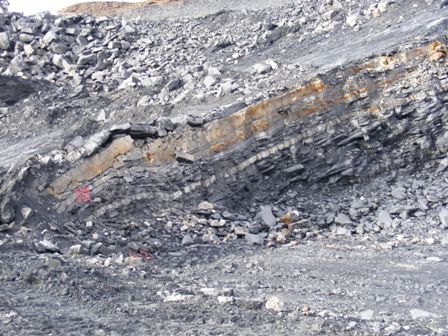 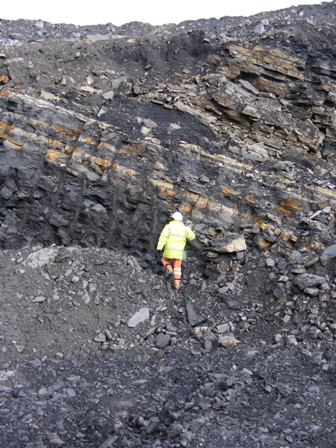 Trails have started on techniques for creating the new channel. The channel will be formed in the virgin rock. Natural features such as meanders, rapids, pools etc will be created to form  varied  habitat. 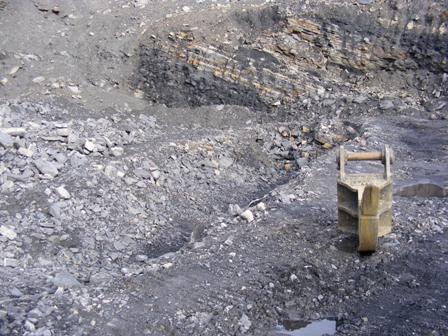 What will it look like when its finished? Well if it looks half as good as the upper Ponesk Burn I will be more than happy! 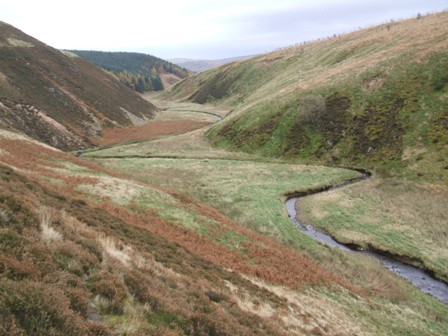 This is a very interesting project which will significantly improve the Ponesk Burn and open up access for a migratory fish..