All the Ayrshire Rivers are now dropping back after the almost predictable Glasgow Fair rain. I expect that the grilse should arrive in numbers now and there will be plenty of anglers on the water from now on.

I dropped off at the Girvan Dykes on my way to the Stinchard DSFB  AGM last night to see if I could see any fish using the passes. I didn’t but I ran into Peter and Gordon from Girvan Angling Club who had watched 5 fish going through the lower pass. That confirms that both passes work and fish should now be able to move throughout the lower reaches in most conditions. At the time I took these photos the spate was 2′ above normal summer level. 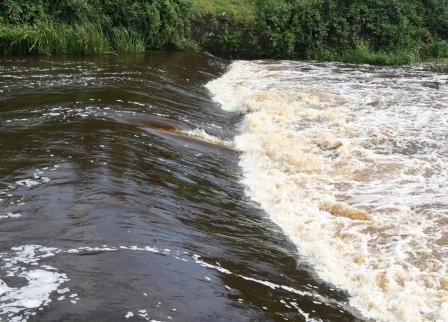 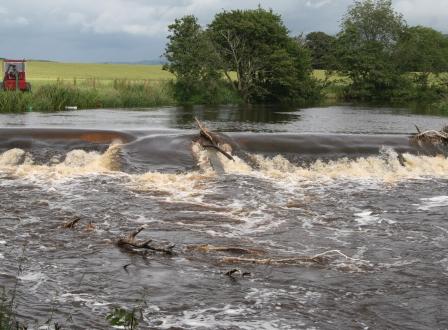