Around 3 weeks have passed since we stocked water voles into Darley and Slaphouse Burns and so far they seem to be doing well. Despite some terrible weather and widely fluctuating water levels many voles seem to have survived the high mortality period that usually follows a release.

I walked along Darley Burn just before dusk last night to look for evidence of activity following the spate at the weekend. I found droppings everywhere which indicates that they are still there and in reasonable numbers. I met a man collecting golf balls from the burn and he said that he hears them ‘plopping’ in as he approaches but never sees them. They seem to have moved upstream a short distance too. We will soon start trapping along the length of the burn to see how far they have travelled from their release locations. I’ll have a look at Slaphouse Burn shortly and post an update. 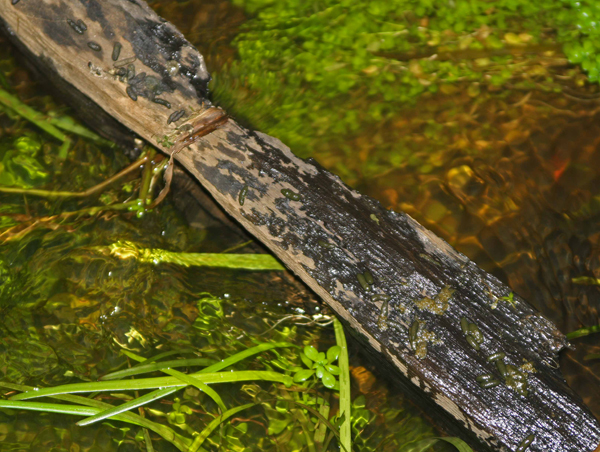 Recent droppings on a board