To enable Scottish Coal to extract substantial coal reserves from below the course of the Ponesk Burn in the upper River Ayr catchment, ART were contracted to rescue as many fish as possible from the burn before the water was diverted. On Tuesday and Wednesday this week, we removed nearly 2000 fish (mainly salmon and trout) from the burn and relocated them upstream. In time, fish will drop back into the new channel by which time there should be a developing invertebrate population to support them. 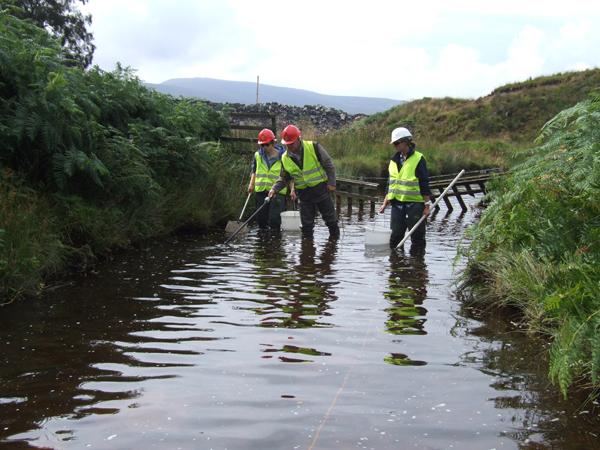 Electrofishing one of the largest pools

In an effort to reduce siltation reaching the River Ayr, Scottish Coal have been pumping water down the new channel over the last few weeks and removing the fine sediments that would otherwise have entered the main river once the channel was flooded. Of course there will still be some discolouration but hopefully this will be minimal. 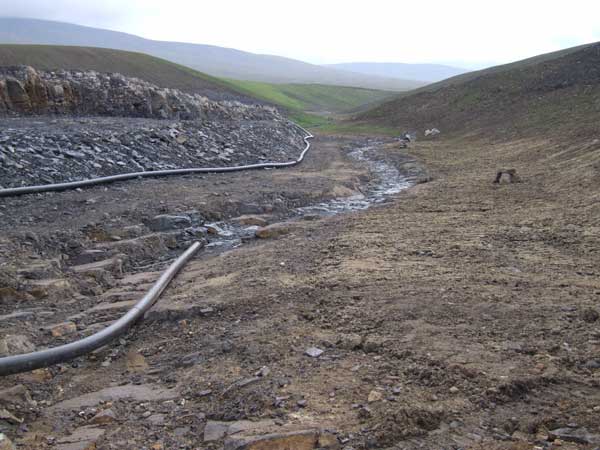 The new channel near the top 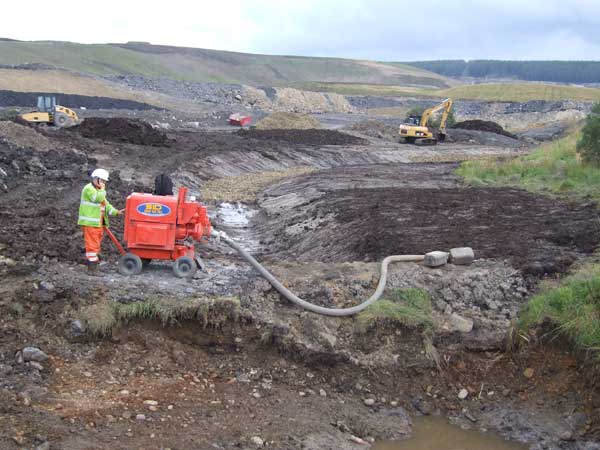 Still working on the lower end of the channel

If Scottish Coal have got it right, in time the new lower Ponesk will hopefully be as productive as the old channel was. We were delighted with the number of salmon that we found in the lower 600m of the burn downstream of a restrictive culvert. Upstream for another 500m we found few salmon but a health population of brown trout. The numbers of fish we encountered was very favourable when compared in a Scottish context. One pool produced about 25 crackers up to 1/2 lb in weight. Much of the section that we fished had previously been modified in the 70’s so it just goes to show what can be achieved. 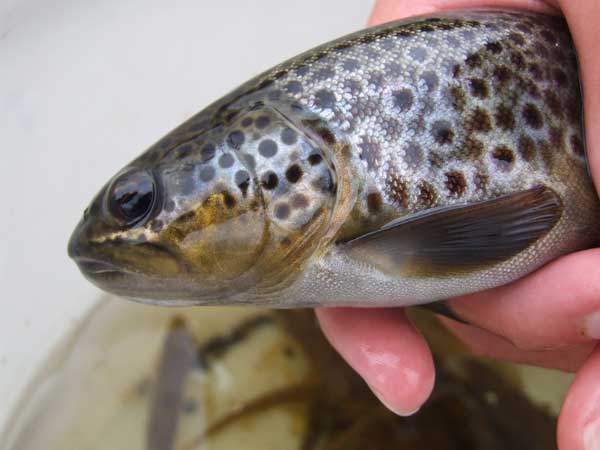 A cracking plump brownie rescued on day one

Once gravel and bankside vegetation become established, hopefully the new channel will be equally productive. Scottish Coal have certainly made a great effort to provide a good basic habitat. With a few more tweaks and improvements suggested by ART, it should be well populated in a year or two. We will post an update once the water is diverted. 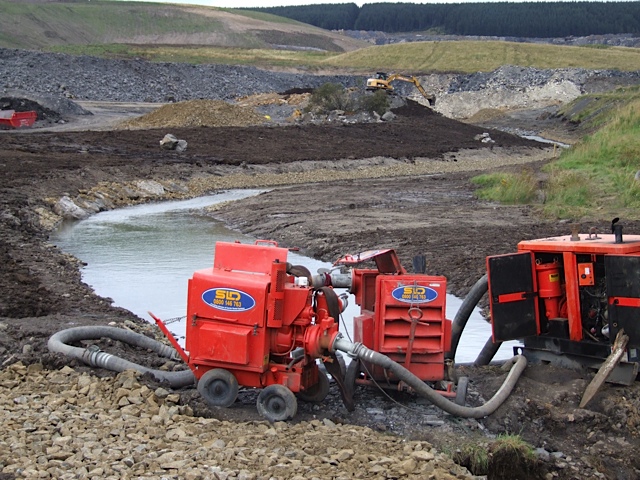 The new Channel flooded prior to the final diversion taking place