Erosion on the Lugar

We received a call last week about erosion on the Lugar Water upstream of Ochiltree. The banks have been collapsing at an alarming rate in recent years with tonnes of soil adding to nutrient enrichment downstream (diffuse pollution). We were previously aware of the problem but this was the first time the landowner had requested our assistance on this matter. I took the dog a walk on Sunday to refresh my memory of the situation. In 2008 when I first saw the eroding bank I remember watching sand martins flying in and out of their nests along a 200m+ stretch of exposed soil. I sat at the bank top to eat my lunch with gorse bushes behind me. On Sunday, there were no gorse bushes to be seen. The pool was nearly double the width that it was in 2008. This is serious erosion. 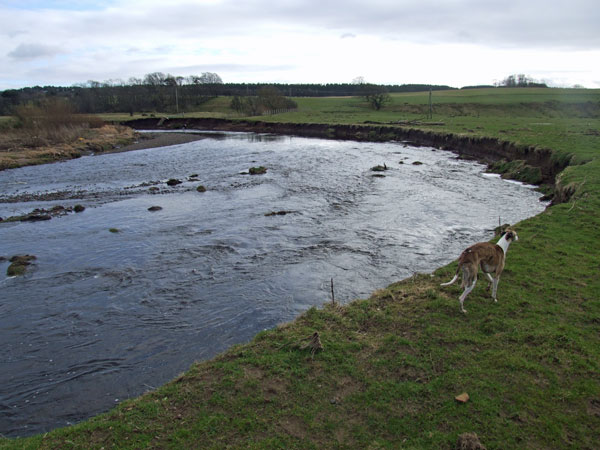 I downloaded images from 1945, 1999 and 2004 from Google Earth. Even the changes between 1999 and 2004 were obvious. Unfortunately until Google Earth updates with a more recent image (or the Trust pays for a helicopter ride) these are the most up to date images I can work with. The contrast between the 1945 and 2004 image reveals the source of the problem. Around 1970, the river was diverted along a newly dug channel. An old meander that was over 1000 metres long was cut off and replaced by a straight channel of around a third the original length. The river flows straight into the eroding bank with nothing to dissipate the energy of the flow. I understand from the retired farmer that this was done by the Coal Board, possibly to prevent the Barony Bing eroding. 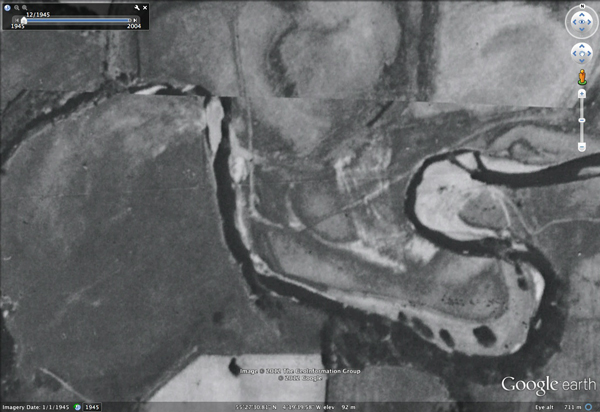 1945 before the river was straightened 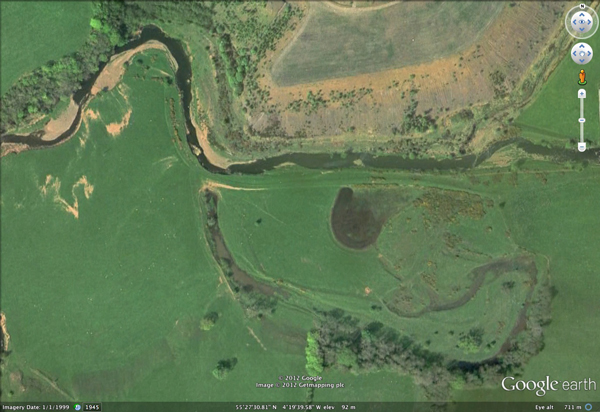 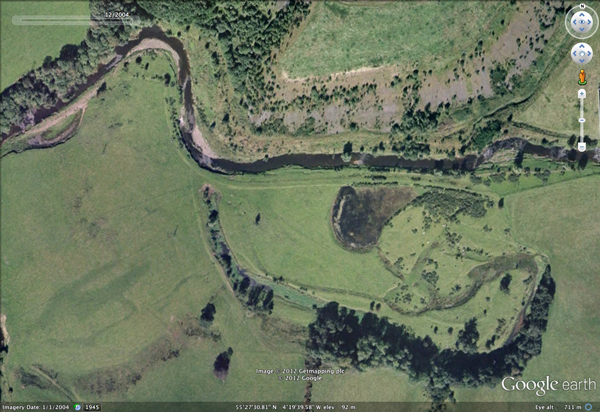 The old meander is still largely intact although now overgrown and weeded. 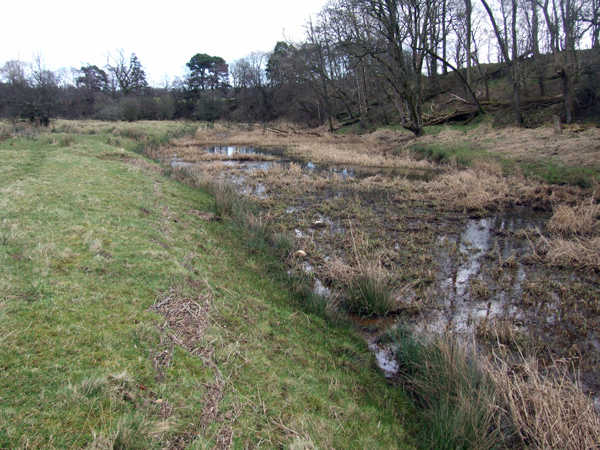 Perhaps the solution may lie with reverting the river back to its original course but this would take considerable investigation and even greater resources. 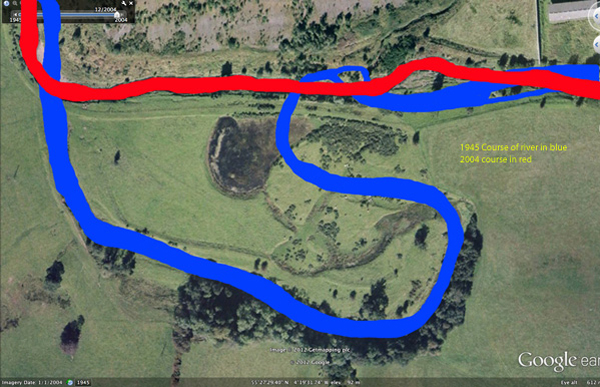 It would make a fascinating project in line with the latest thinking on flood attenuation and restoration. Watch this space for updates (but not too soon)!