I revisited Newmilns Weir yesterday during the spate to see how the banks were holding up and how the run and pool looked (from an angling perspective). The right bank at the top of the run looked as though it may suffer a small amount of erosion in the near future but nothing to worry about. The left bank appeared to be fine with only a small amount of sediments having been washed away. This material is fairly coarse and will be redistributed downstream adding to the spawning gravels. 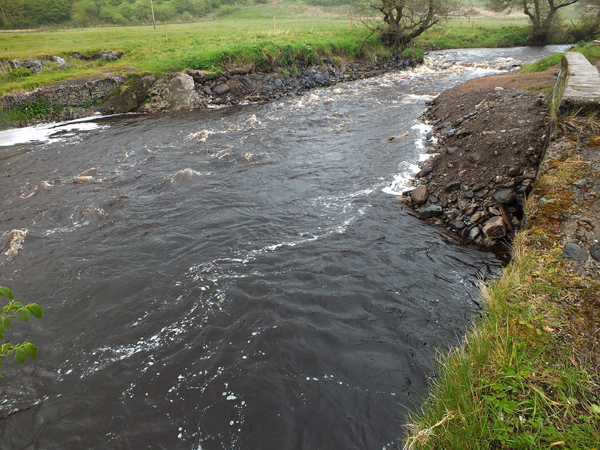 Looks like it will be a nice run and pool to fish in falling waters.

The run and pool both looked much better for the removal of the weir and I expect fishing will be much improved if allowed in the pool in future.

The pool and run

Completion of the Black rocks weirs has again been delayed by the weather. The contractor needs one week of low levels to finish the job. I visited the falls yesterday during the spate to see how things looked. Bearing in mind that the fish pass precast sections have yet to be fitted, the final levels should be raised by at least 1.2m (in the upper pool) which has got to help the fish over the falls. I dropped in again this evening to see how it looked as the levels dropped back . Lets just hope that the rain stops soon. 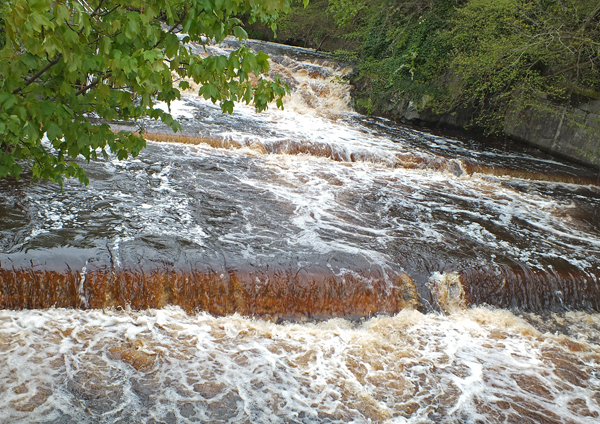 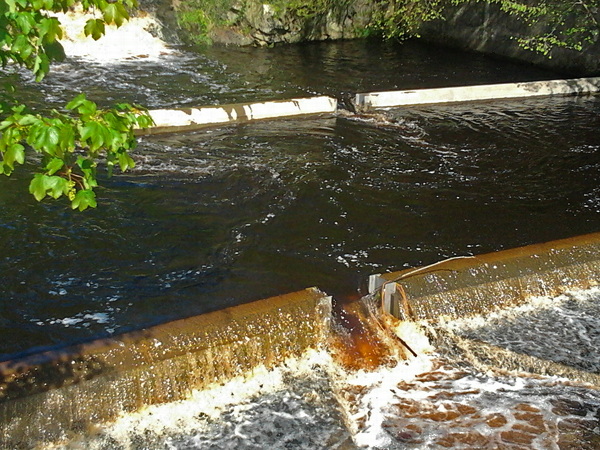 Dropping back after a spate. The fish passes have yet to be completed

← Spates and smolts Giant Hogweed appears on the Doon →