While out and about Stuart spotted what looked like some Giant Hogweed plants next to Springwater Fishery near Dalrymple. As he had only seen these from a distance myself and Helen went to have a look yesterday and found a good few plants over the back of the banking at the end of the course fishing pond. 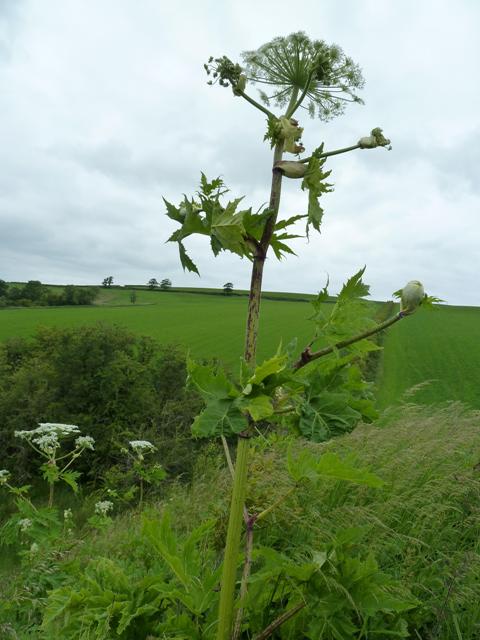 Having spoken to Wullie at the fishery he advised me that this was the first time he had noticed the plants and had never seen any in flower. We came to the conclusion that there was a high possibility that the seeds had been brought in with the soil. This is cause for great concern as there is a possibility that this could spread and put the Doon catchment under threat. We are hoping that we have caught this in time and it has not had a chance to seed in past years. I told Wullie that i would return to spray the plants as soon as possible and will keep an eye on it over the next few years.

I would ask that anglers and riparian owners be on the lookout for Giant Hogweed on the Doon and let me know if you think you have spotted any. As per a previous blog post there were a few plants at Cambusdoon and also a good few plants around the tidal pool at Doonfoot. I have already sprayed the plants at Cambusdoon and our contractors are dealing with the plants around the tidal pool this week.