Spraying season comes to an end!

We always advocate spraying up to the first frost. Beyond that, Japanese Knotweed like other half hardy plants loses its leaves and dies back for winter. This normally allows us to spray into the first or second week in October but this year, the first frost came early, very early and we were disappointed to see it this morning. 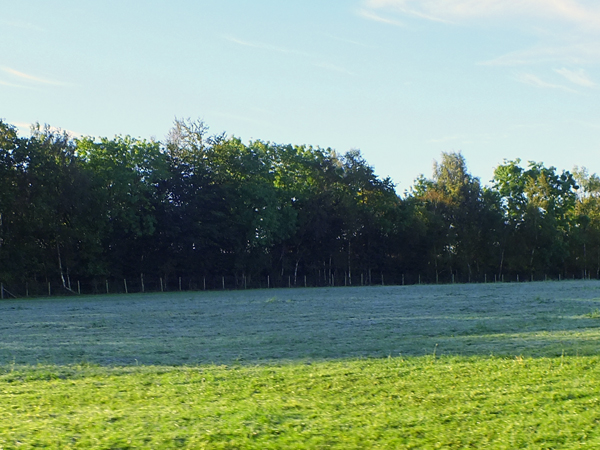 Hard frost in the shadows.

Gordon and I were on our way to the Duisk Valley at Barrhill to help Meryl and her volunteers to spray some on the many stands of Japanese Knotweed that infest the area. We noticed frost on the ground just as we left Mauchline. Arriving at the first stand confirmed that South Ayrshire had similarly been affected and some leaves were starting to wilt. Despite this, we felt that we should push on and spray as much as possible. Some upper leaves and edges had been affected especially where there was no canopy cover but most stands still had plenty of leaves to spray. In all we managed between us to spray about 20 knapsack sprayers full of chemical so that equates to a lot of JK. 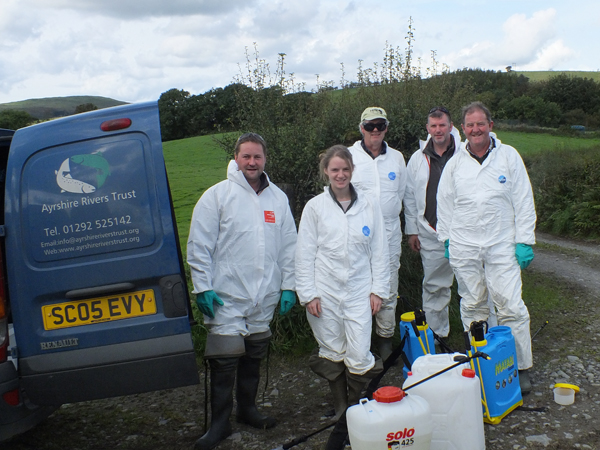 Most of the team that were out spraying today. Gordon, Meryl, Gilbert, SB, Alan, (missing Billy)

What is worrying is that we have just about run out of time to treat Japanese Knotweed this season. With another hard frost it is likely to bring an end to our spraying for the year. We have achieved a huge amount in 2012 but we always hope to do ,more!