We had a day in the Stinchar Valley enjoying the rare warmth of sunshine on our backs. 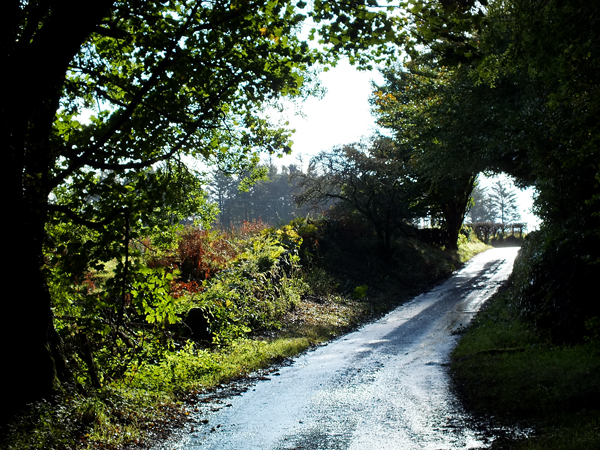 Sun streaming through the trees on the road to Balkissock.

We headed to the Water of Tig first thing this morning to survey the Dunnack Burn and the Tig itself. It had rained again last night but we went anyway hoping that the burns were fishable. It’s a long walk into the Dunnack with all the necessary equipment and very quickly Helen and I realised we were wearing too many layers. Having never fished either of these sites before, I was looking forward to seeing them and new country. A Stag was roaring on the hill above us as we set to work. Water levels were much higher than i would have liked but we are rapidly running out of time to complete our surveys so we persevered. Numbers were down on previous years but given the height of the water and the time of the year, I’m not surprised and I won’t read anything into this. It just wouldn’t be a good comparison to previous years although ideally that is what were are trying to do. It hasn’t been an easy electrofishing season by any means. 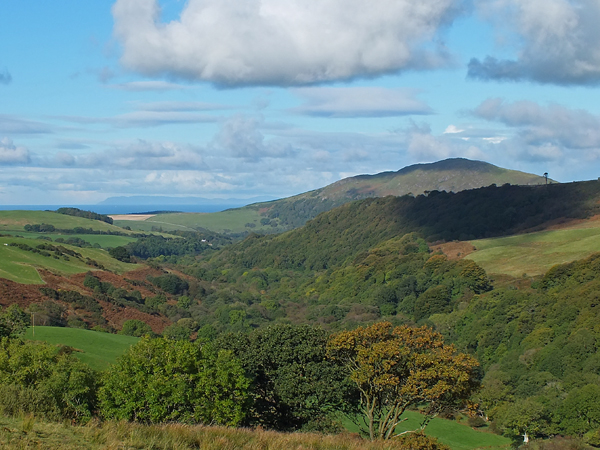 The viw down the Tig Valley to the coast. That's the Mull of Kintyre on the horizon.

By the time we reached our second site on the Water of Tig, I had hoped water levels  would have dropped more than they had and although we fished the site, I don’t really think it was as effective as it should have been but the current was just so strong that we struggled in places to net fish or hold them with the anode . 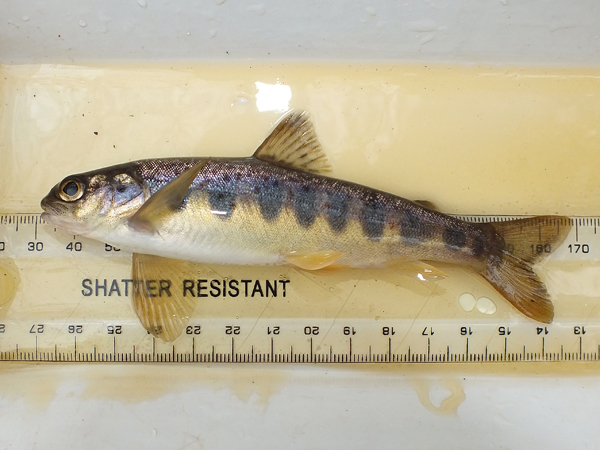 Not the biggest parr we caught but in great condition

If we find time and dry weather I’ll head back to try again, but our efforts now have to focus on smaller tributaries as it seems unlikely that we will have more than a couple of dry days at a time. As we were preparing to leave the river, a red squirrel ran along the far bank and scooted up a tree in front of us. He didn’t hang around long enough to take a great photo but we did manage something. I’m sure the last red squirrel I saw was further up the Stinchar at Minnuntion. 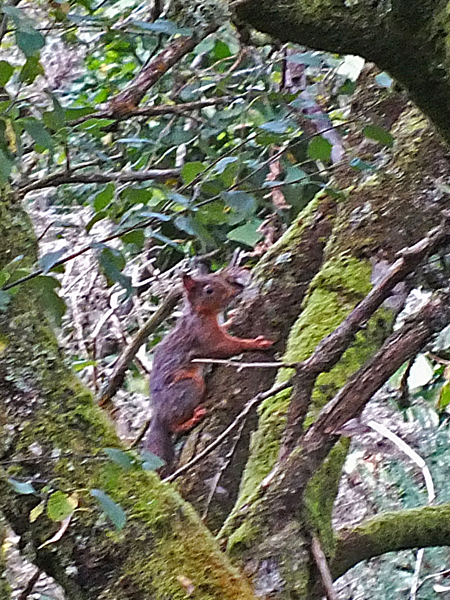 Not the best photo but it was nice to see one of these increasingly scarce animals.

Hopefully we will be back on the Stinchar with two teams tomorrow and get the tributaries largely completed.