Once again we headed out electrofishing to make the most of the dry (ish) weather. Water levels remained about the same as yesterday as there was a touch more rain overnight but it was a glorious sunny Autumn day and I was glad to be out and about. I had hoped to be on the upper Ayr but it was still too high this morning so we decided on a last trip to the Stinchar Valley instead. We looked at the Sallochan Burn which was dominated by trout and in very good numbers. (I’ll work out densities next week). 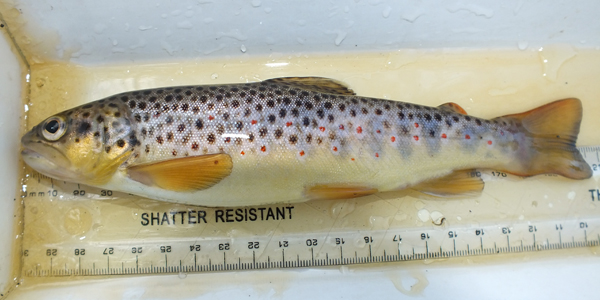 The biggest trout we caught on the Sallochan Burn. It had stunning markings and a bit of a deformity to its tail but nice to see none the less.

The Crailoch Burn also had a visit and we found salmon in similar health numbers to last year. The invertebrate kick sample revealed good water quality with lots of stoneflies present. I’ve heard them called many things locally from Gadgers to Monkeys but for sure trout love them. I’m no expert at identification as there are quite a variety of them but I think the one in the photo below is Dinocras. (I’ll check with Meryl as she seems to have a better knowledge of these). 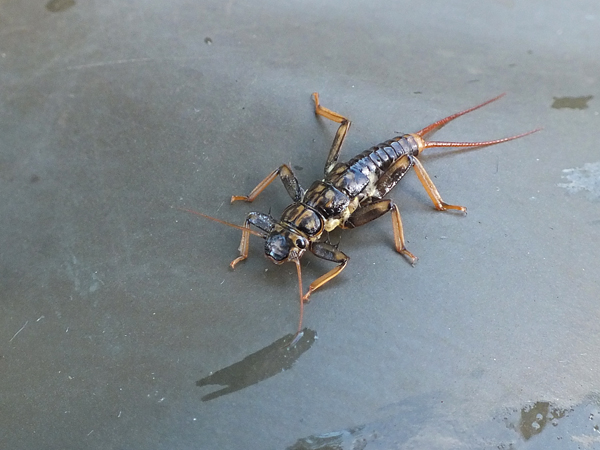 Large Stonfly. Two hooks one each leg to help it cling to rocks.

Helen managed to capture a cased caddis poking it’s head out as it sat on my hand. This type constructs its case from very fine particles of sand and silt held together with silk. Again, id isn’t my strong point so feel free to enlighten me if you know more details. 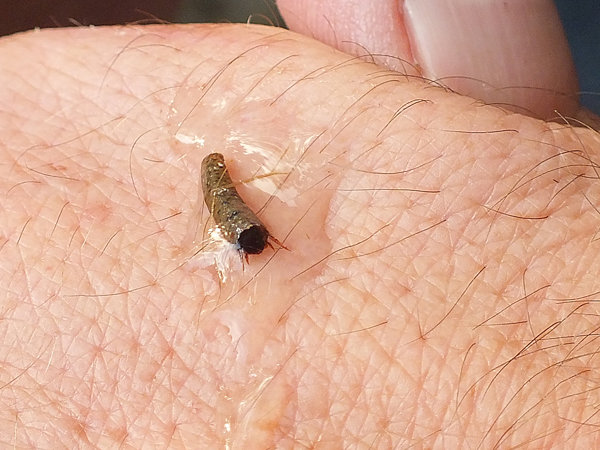 Just poking his head out.

In the afternoon we headed to the Pinmullan Burn near South Balloch. The last time I visited this burn was shortly after it had been dug out and straightened. I remember Brian and I kicking some boulders back in to try and add some features to the burn. That must have been in 2008 or 2009. I was pleased to see that the burn had largely recovered and had changed considerably since my last visit. Of course there is an issue with erosion and undercutting at the moment but this does provide a fair bit of cover for fish. 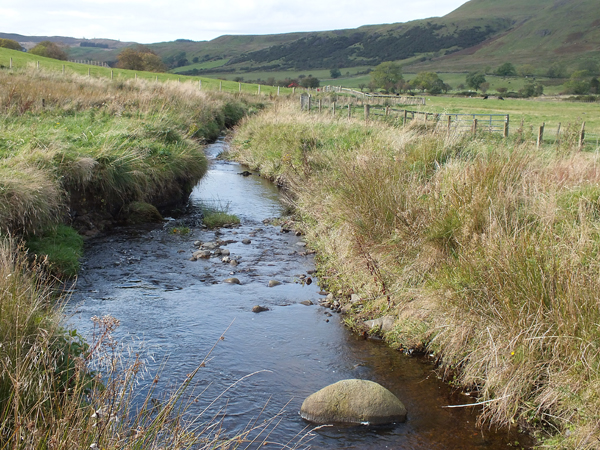 No longer a uniform featureless burn. I'm sure this will continue to change over the next few years but at least it is again a suitable habitat for trout and salmon.

Results I’m sure will be excellent when I finally analyse them but a quick calculation showed that they were well up on last years results for both trout and salmon. 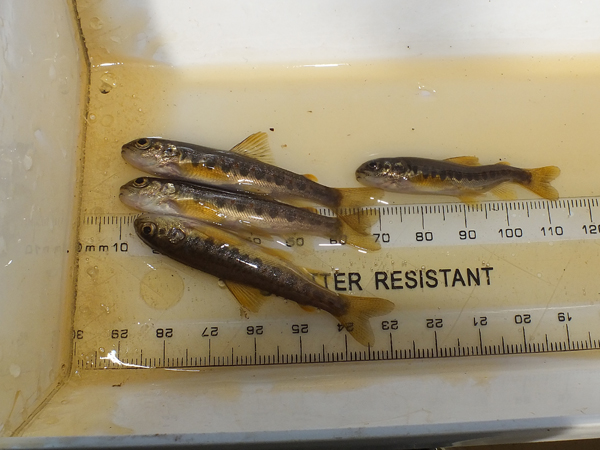 Very small salmon fry consistent with other sites in the upper river. We occasionally find deformities in the fish we catch and the fry on the right isn't uncommon. I seem to remember catching a grilse a few years ago with a very slight deformity but I don't think many survive to adult.

Finally we reached the Dalquhairn Burn as the warmth disappeared from the sun. I picked a new site (to me) near the road as Helen had to be back for dinner at 6.00pm. I’ll need to check in the data base if this site has been fished before but I wouldn’t be surprised if it has as it seemed an obvious choice. Salmon and trout were present in reasonably good numbers but again I’ll need to work out the densities later. It is a lovely wee burn with lots of red and black gravels. 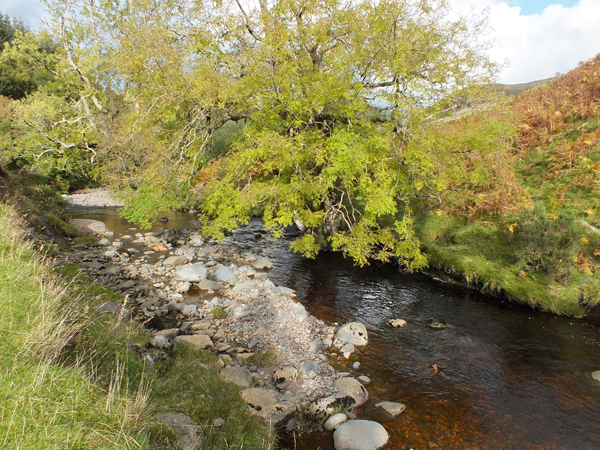 A nice pool upstream of our site. It was nice to be out on such a lovely day. 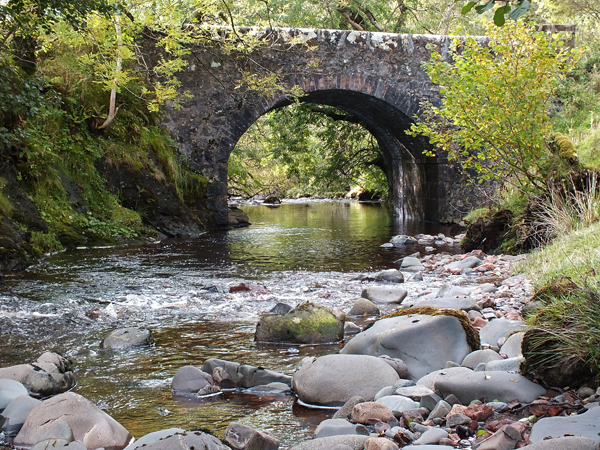 Dalquhairn Bridge downstream from our site.

I don’t expect it will be long before trout are there spawning closely followed by a fair stock of salmon. I have suggested to Meryl that we organise a spawning walk for the catchment during december. The burns in the upper river will offer excellent viewing opportunities on a clear crisp morning. Anyone interested should get in touch.

We regularly update our Facebook page and often there are other images taken during the day that don’t feature here. Have a look.