At last the River Ayr has dropped back to the lowest levels since July, allowing us to get on with some of our electrofishing and habitat surveys. The river was still higher than I would have liked and one site we had chosen to fish was abandoned as we quickly realised it still wasn’t safe to fish at this level. I would have preferred the water to have dropped another few inches but that seems unlikely and we have to get on with it.

In all we managed to complete 4 semi quantitative sites between Catrine Road Bridge and the back of the bonded warehouse. Although this isn’t the best habitat for spawning, it sees that there must be plenty of fish using it; results were better than we expected. The most surprising thing was the number of large salmon parr that we caught. I suppose it is late in the season and this may account for the larger parr but I suspect that they are a year older at 2+. I’ve taken scales and will check these later this week. The largest parr we captured measured 171mm in length. 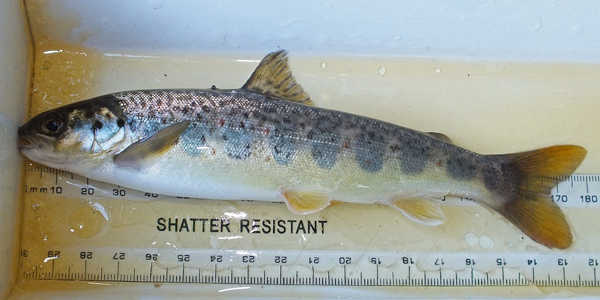 We expected to find more trout as Catrine hatchery had stocked this area heavily but they didn’t appear in elevated numbers where we fished. We did find a Brook Lamprey which is always nice to see. 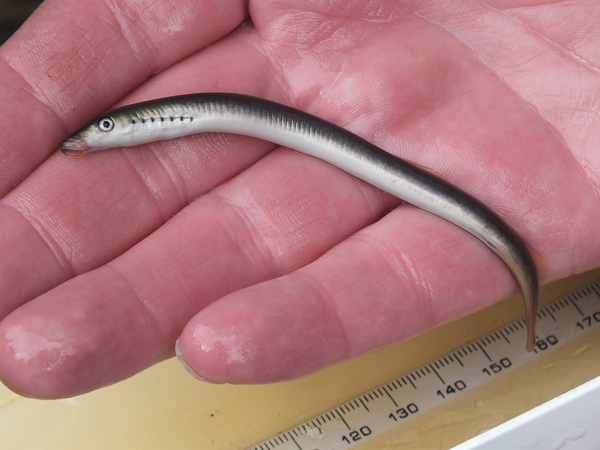 A Brook Lamprey caught behind the Whisky Bond

We will continue this survey tomorrow and that should complete this work. Hopefully Wednesday will remain dry too as we have plenty more surveys to complete.