After speaking with Scottish Water we decided that more gill netting was unlikely to reveal anything new and instead decided to try electrofishing around the margins and overhanging banks just in case we could find another species. Gillian and Gordon set off electrofishing as Helen and I prepared to recover the boat. It was another windy day and we were glad that we weren’t having to pull nets in 30mph winds.

Gordon and Gillian spent an hour and a half fishing the margins near the top of the loch and hey presto they returned with a new species; the ubiquitous Sone Loach. They were there in numbers but no other new species emerged. 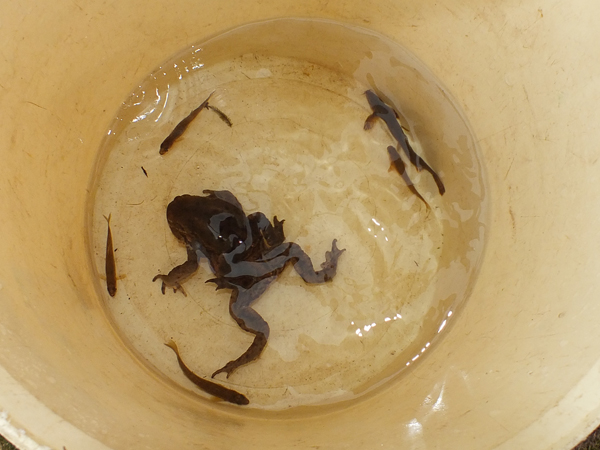 Toads, minnows and stone loach captured by electrofishing in the margins

We then recovered the boat. This was expected to be a bit of a task and we weren’t disappointed but at least we didn’t need to ask the farmer to pull it out with a tractor. After winching the boat up the bank, we then struggled to get it on the trailer but eventually we did and after a hasty repair to the sheep netting we set off for the shelter of Kilbirnie. What a difference a couple of miles and a few hundred feet makes! 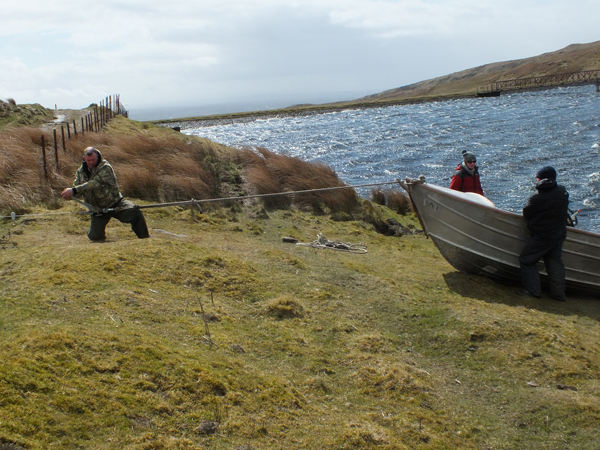 A simple hand winch bought for £30 made this possible. 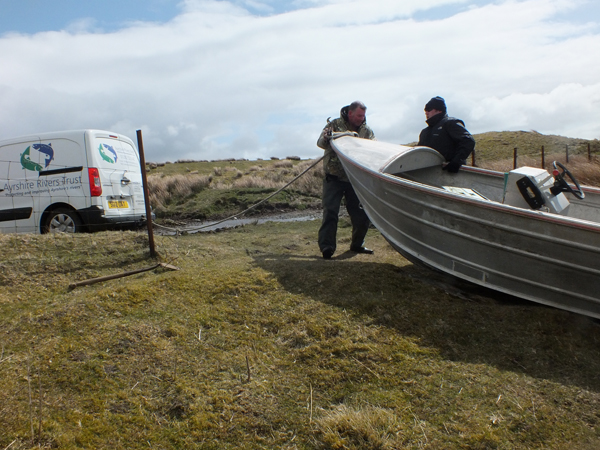 Getting the boat squarely on the trailer was the hardest bit of the job.

With the survey completed, we will now produce a full report for Scottish Water who can then make informed decisions on how best to proceed. They have been very positive in dealing with the biosecurity issues and I hope we continue to work closely in future.