AS part of the CIRB project we awarded a contract to control Japanese Knotweed on the River Irvine and I reported at the time that this control had been completed by early October 2012. The method used was spraying with roundup pro biactive 45o g/l  when the plant was fully grown and in flower. I went back over the winter to photograph certain areas and clear some of the dead stems, I asked if the angling club could help by clearing some as well and they duly obliged. The photos below show a large stand on the right bank below Caprington footbridge before and after control. 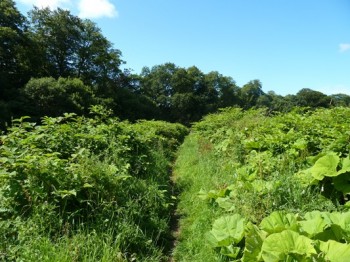 Prior to control in August 2012 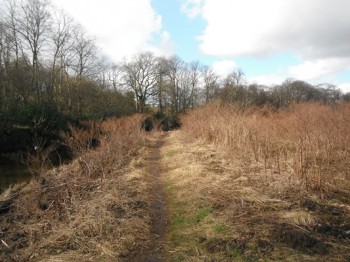 The same stand in winter 2012 after control 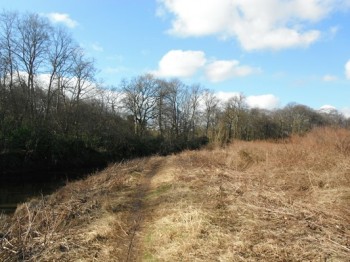 The same stand after clearing the dead stems

I was keen to return this year to see how effective the control had been but I knew that some of the stand had been flattened  by water during a spate. The pictures below show what it looked like yesterday. 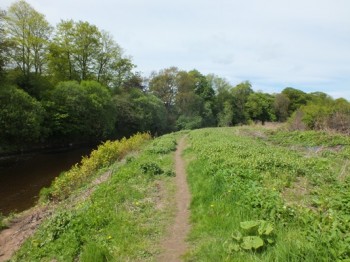 The same area as it looked yesterday

You can see in the picture that there has been great success with this control and a lot of new plant growth has occurred this spring. You can see that there is still some knotweed on the bank but this was the area that had been under water. I continued along the path which had been covered on both sides by the huge stand. 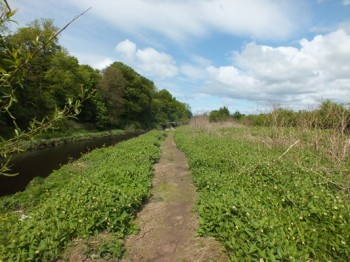 There was hardly any knotweed growing back at all but contractors will revisit the whole river again this year and treat any that remains. I didn’t have time to visit more stands yesterday but we currently have a different contractor spraying giant hogweed on the lower river and he reported that last years Japanese Knotweed control had been effective in all areas he had passed so far. We will use stem injection techniques to control plants growing within the floodline and catch these over the summer, hopefully before it gets flattened by any spates. This will rely on the weather being kind to us but the contractor will return later in the year to spray where needed.

I am really happy with the results I have seen so far and after talking to Meryl, she is finding similar results on the Stinhcar as part of her Carrick Invasive Species Project.