After a long day I thought it would be worth a quick visit to Nethermills Dams to see what birds were about. I fully expected a cormorant or two to be fishing at the dams but not this evening. There was however a heron, seagulls and a pair of goosanders. 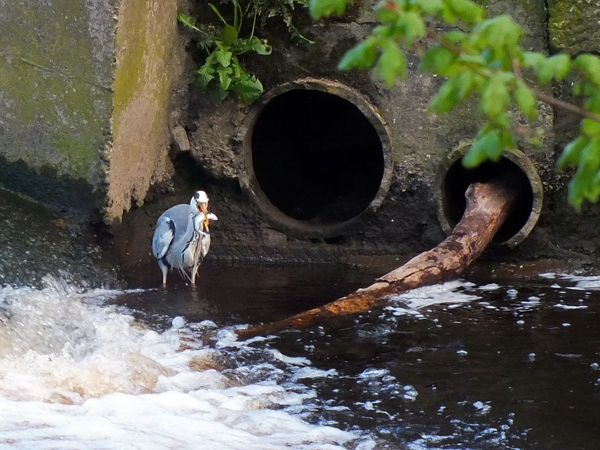 One of several smolts that disappeared down the hatch!

Gordon and I watched as the heron took up position on the left bank below the weir and proceeded to catch and swallow 6 smolts in fairly quick succession. The goosanders flew in from upriver and straight away the female had a smolt before they headed downstream. 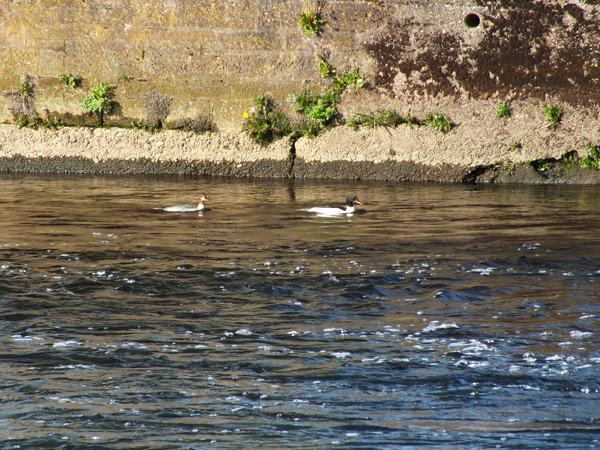 A pair of goosanders fishing at Nethermills

Sat on top of the lower dam, a seagull tried 3 times in vain to catch smolts as they headed downstream before finally nabbing a meal. Smolt survival is estimated at around 5% at present and I’m sure many of these are lost as they descend the river before reaching open water.