We’ve been back on the Ayr catchment this week surveying regular sites to compare with previous results. We haven’t entered the data yet but from memory, the Burnock was comparable to last years results with good numbers of trout being found in these upper river surveys and again no salmon. With very few salmon currently spawning in the Burnock these days, I’m not surprised that none appear to make it over Burnock Mill weir to spawn in the upper reaches as it presents quite an obstacle to migration. 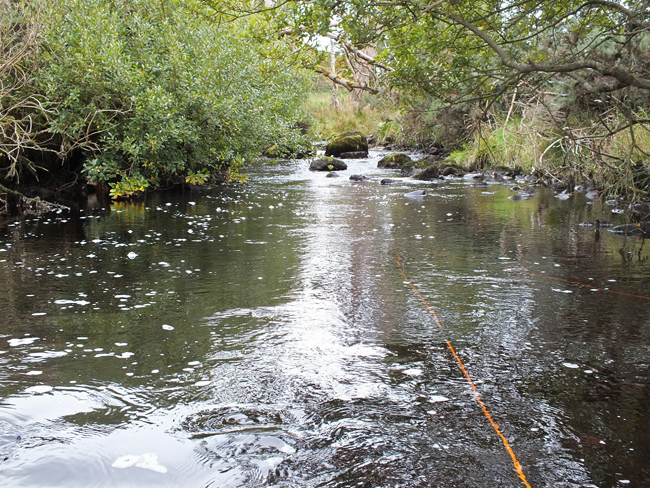 One of our sites on the Burnock where trout are plentyfull

Last year we found several very large trout ( up to 2lbs) for such a wee burn but it was a week or two later in the season and presumably these large fish were there for spawning. This year however, plenty of smaller trout were present including some nice pan sized fish. 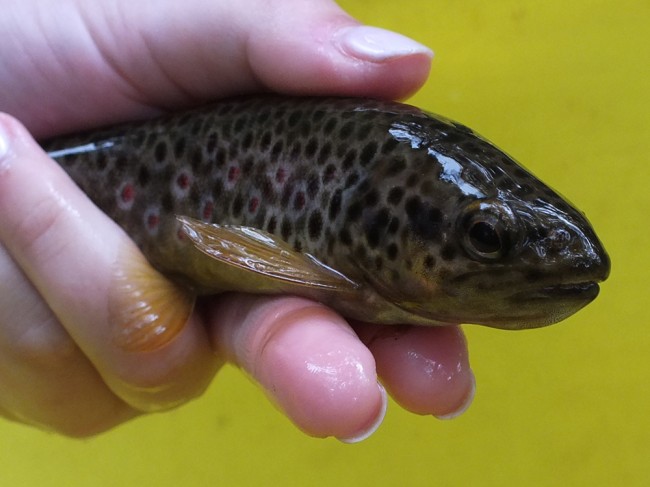 Not a pretty trout but a nice one all the same. 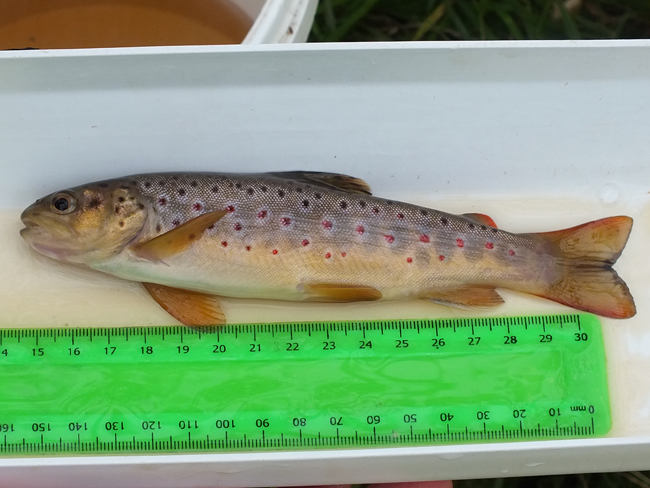 We fished the Glenmuir today downstream of the Cubbie Craigs near Lugar. These were tough sites to reach without our backpack equipment but until it returns from repair, we have to push on as the season is rapidly nearing the end. The Glenmuir sites produced reasonable results with both trout and salmon present in respectable numbers although the lower site had a high number of stone loach and minnows present. 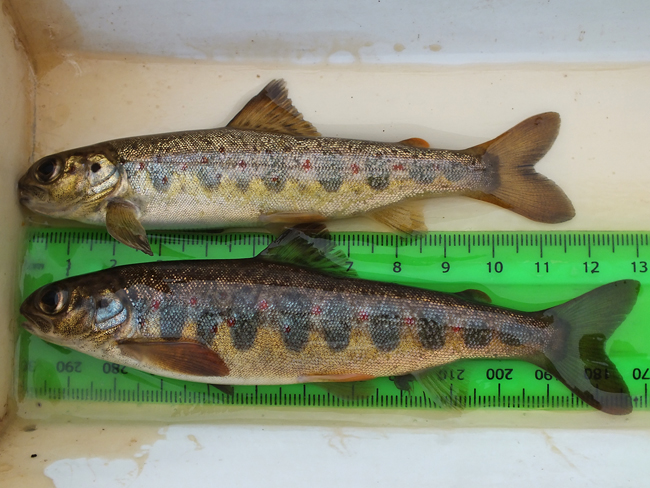 Salmon parr from the Glenmuir 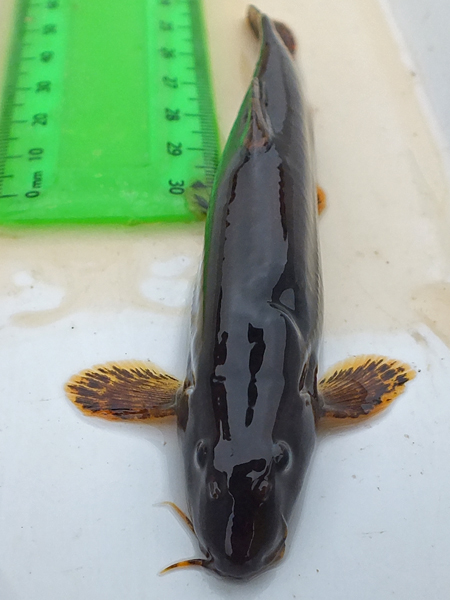 A very large Stone Loach, or ‘beardie’ as they are commonly known