Once again there has been a landslide in recent weeks above Catrine Dam. This is the second major slide within a year.  The debris at the foot of the bank causes gravel and sediment to build up, shallowing the pool and deflecting the flow to the opposite bank and today I noticed that this too is eroding. 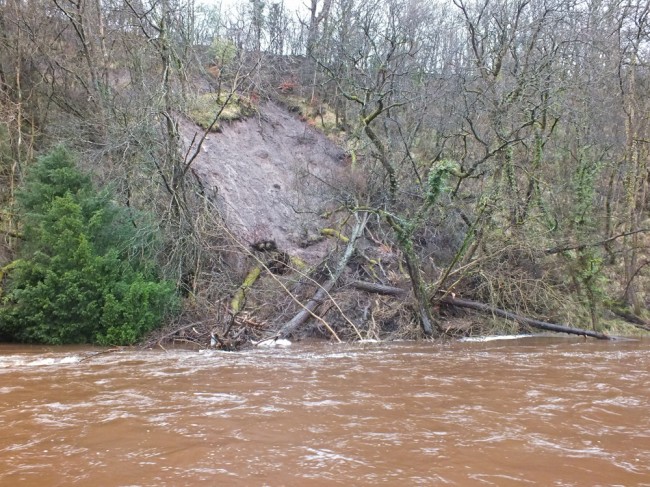 A second major landslide above the dam in the last year.

I’m not sure who is responsible for the bank but I’d suggest in it’s current state, it poses a significant risk to the dam with large timber mobilised and washing downstream. I expect that unless some way is found to stabilise the situation, the trash screens at the dam will need constant clearing after each rise in water levels. 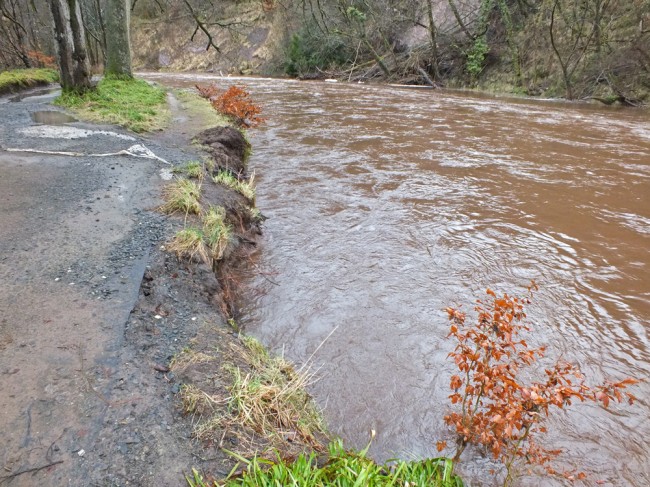 Erosion on the left bank as a result of the landslide debris on the right bank.

The spate today was on the rise when I was there around 2.00pm. It looks as though this will again be a huge flood when it peaks. 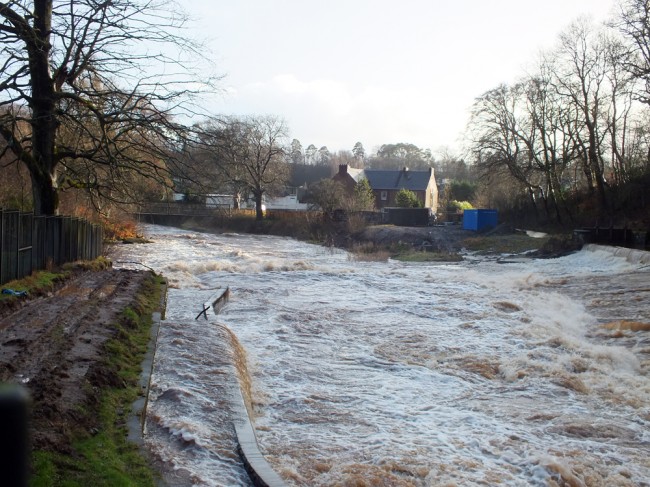 Looking down the weir and fish pass. The orifice in the top chamber appears to be blocked causing water to spill over the sides of the pass. 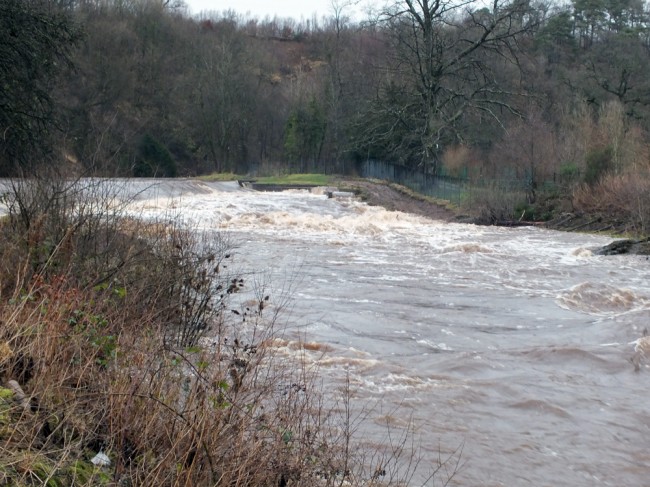 The maelstrom at Catrine Dam. The landslides can be picked out on the bank at the top of the image.