We came across a sea trout kelt this morning that was dying  in a tidal pool. The fish didn’t appear to be in particularly poor condition but it was obviously not going to make it. Gills appeared clear of maggots and fins were pretty good all round so I am at a loss as to why this fish was moribund. It was around 15- 16″ long and lean as you would expect from a kelt but apart from that it looked pretty good. We looked upstream a short distance for pollution or any other fish struggling but all seemed fine. I’m guessing that the fish had returned to the sea and suffered from osmotic stress due to the scale damage then returned to the tidal pool  but this is only a guess. We left it as we found it and let nature take its course but I suspect it will be picked up by a sawbill or otter very quickly.

Not wanting to miss an opportunity to try out the new go pro, I’ve added a clip to You Tube at https://www.youtube.com/watch?v=vCmCicUVA20 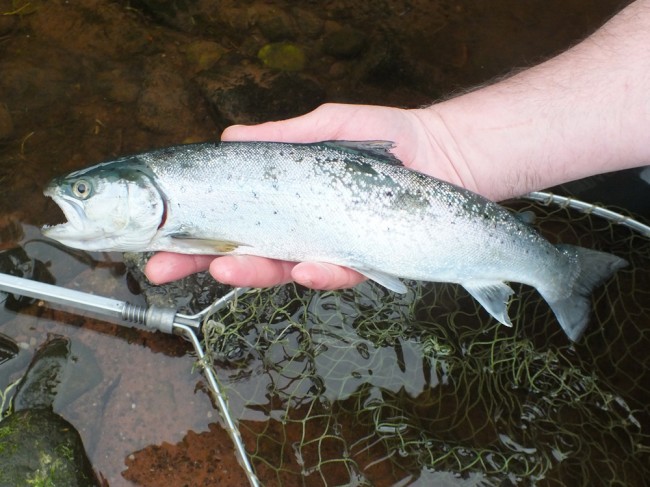 A few scales missing but apparently otherwise in good condition. Perhaps it was osmotic stress as a result of scale loss but really I don’t know. 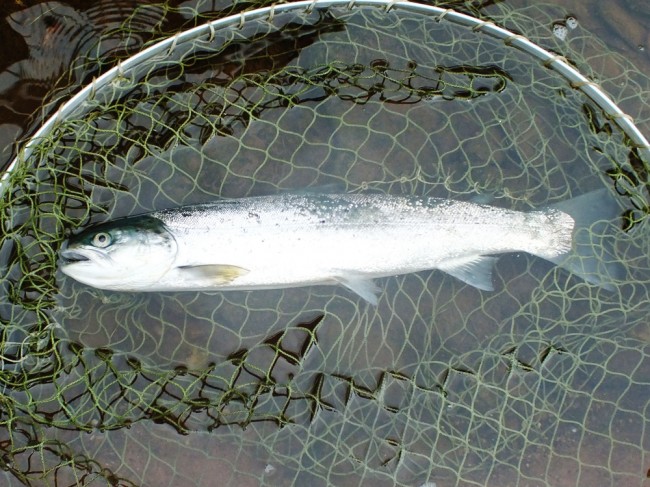 A close up of the sea trout from the tidal pool

Coincidentally we have been receiving reports that quite a few of sea trout have been caught on the Lower Irvine in the last week. Anyone with photos, please send me one and an update of how the fishing is going.