I arrived as the concrete weir at Anderson’s had just been poured. This completes the remodelling of the pool features. On Monday, the concrete plug will be poured in the pipe to seal it and the full river will be allowed to flow over Anderson’s weir again. The site agent informed me that they have completed this work ahead of schedule. He plans to complete all the works by the end of August, weather permitting, well ahead of schedule. 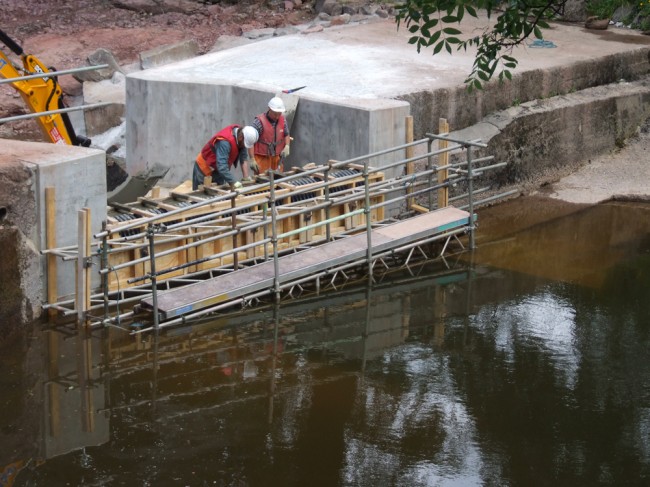 The site agent adding the final touches to the new weir crest at Anderson’s. Flow will be restored fully over this on Monday. I’m looking forwards to seeing how things look then. 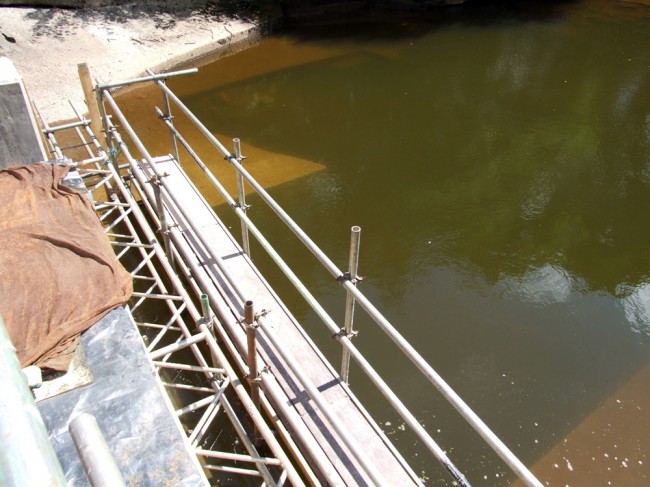 The new concrete that was poured on Wednesday after the fish recue can be seen below the surface. This is a big improvement. Immediately below the falls the depth should be around 2.3m.

As this is a fixed price contract, extras not in the schedule of works will not be paid for by CCT. There was no provisional items allowed and consequently we have to thank Covanburn for the add on works as they have been undertaken at their cost; such as the removal of a 4Tonne lump of concrete that was undermined and threatened to break of in the near future. I asked of they could do anything with this and today they did. I am grateful to them for their assistance. 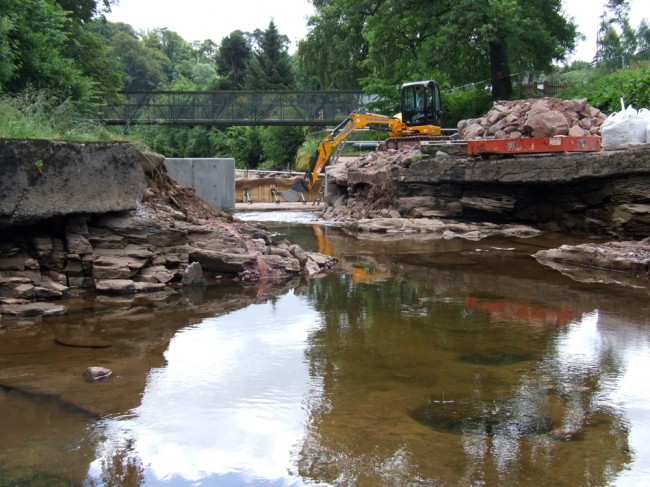 Work is now progressing on the dam itself and shuttering was being erected at the lower edge. The increase in height of this part of the weir will be 250mm. The whole structure will be tied together with stainless steel anchors and cables before it is all encased in lime mortar. 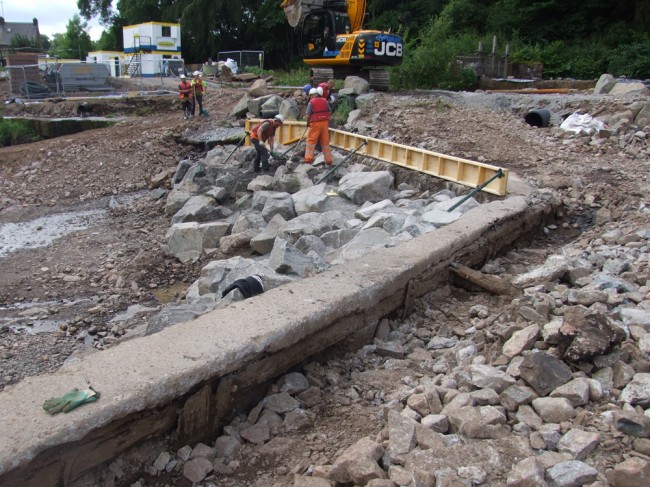 The foundation and shuttering at the lower edge of the weir. This will be reinforced before it is poured next week. The original weir timbers can be seen below the concrete cap.