We dropped into the Laggansarroch Viaduct site after the Stinchar DSFB meeting this evening. Concerns had been raised at the meeting regarding the quality of the work and having seen it first hand this evening I have to agree. The armour rock reinforcing added to the left bank is made up of rock loosely filled and too small to stay in place. 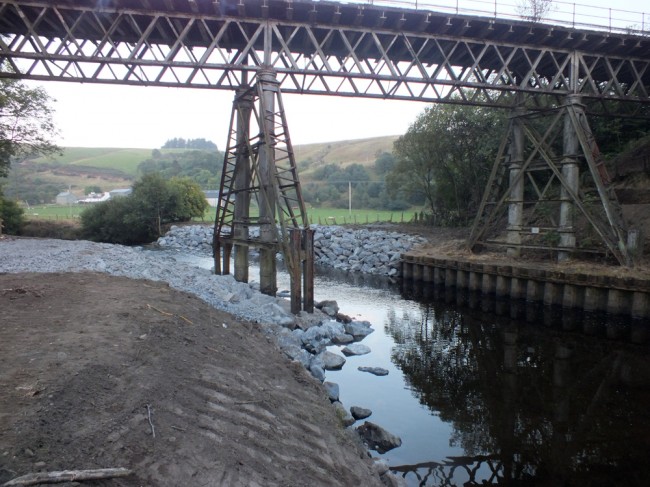 Looking upstream towards the new and inappropriate rock armour. Water used to flow on both sides of the bridge pier in the centre of the photo. 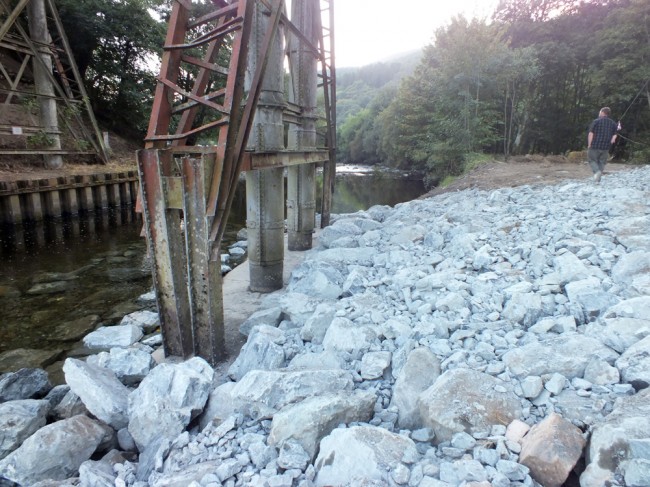 Where there was water, now there is rock.

Those knowing how quickly and high the Stinchar can rise, know that the rock armour needs to be substantial and built in if it has any chance of staying in place. The width of the river has been reduced at the middle buttress that now stands on dry land. Scaffolding is to be added to allow the bridge refurbishment to take place but just a few years ago, I recall similar scaffolding at the bridge less than a mile downstream being washed away in a spate leaving it high and dry near Hallowchapel and in a tangled mess.

SEPA have attended and are also concerned on these issues. Given that the CAR licence in place runs out on the 31st of October, I expect there is going to be some frantic adjustments if there is any chance for the work  to be completed this year on time.

I will be  discussing this with SEPA tomorrow.