Looking for spawners in the upper Doon catchment

It’s early yet for Ayrshire but none the less, Gordon and I felt it worthwhile to take a trip to the upper Doon catchment today to see if there was any signs of spawning activity. Against the odds, we hoped that we may find redds on the Garpel Burn upstream of Loch Doon Dam. I say ‘against the odd’ because in recent years the number of salmon entering the loch have been pitiful with around just 4 – 6 passing through the counter in the ladder (we haven’t yet finalised the 2014 total).  We went straight to the site that we identified as the most likely spawning  area following surveys in recent years but there was no sign of activity yet. It is early and I hope to see a redd or two here in the next few weeks. 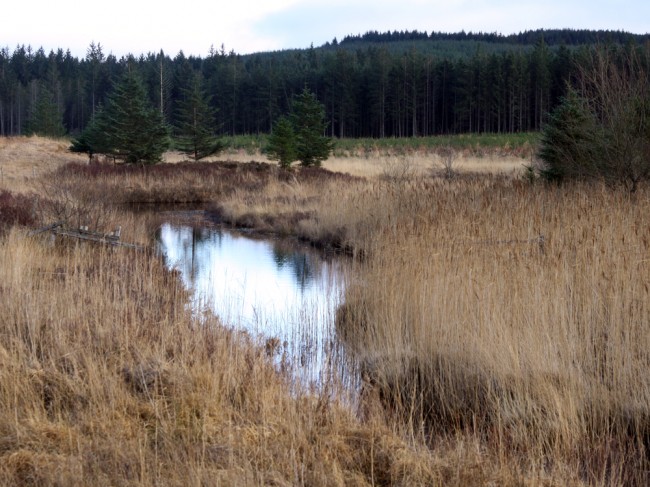 The Garple offers few real spawning opportunities but there are holding pools that may offer refuge for a few salmon especially later this month. Coarse sediments are plentiful but finer material is lacking due to the effects that Loch Finlas Dam has on transport down the burn.

We looked at Carrick lane too but visibility was poor and the height of the loch being low, makes it more difficult for salmon to migrate over the falls at present. The litter and rubbish around the falls is appalling and a poor reflection on the way many value the countryside even though the very fact that they come to such a beautiful spot and leave litter would indicate otherwise. 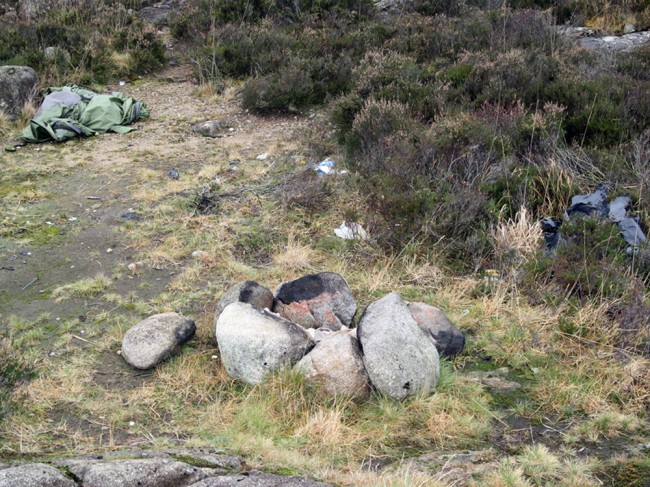 A tent left behind after a camping trip. Beer cans and bottles litter the area. If this is what Land Reform encourages then something’s far wrong. Where’s the respect? Perhaps with free access should come greater penalties for this type of abuse (not the Trust’s view but mine). 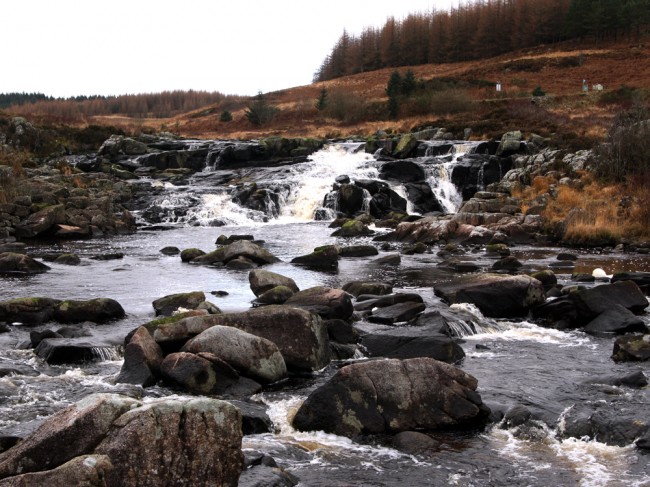 The falls at Carrick Lane. With the loch low, the height of the falls may restrict migration from the loch.

In Ness Glen below the dam, we came across a newly built dam 2/3’s of the way across the river. The purpose of this dam is unknown but it bears a great resemblance to many that pop up on the upper Ayr catchment for poaching purposes. Often these are used to constrain fish to a narrow channel where they are netted by the less scrupulous. Bearing in mind how few salmon manage to reach the Loch these days, this is a worrying type of structure should it in fact be designed for this purpose. We weren’t equipped with waders but had we been, we would have dismantled it. I’ll pass a message to the Bailiffs and let them decide on the coarse of action. 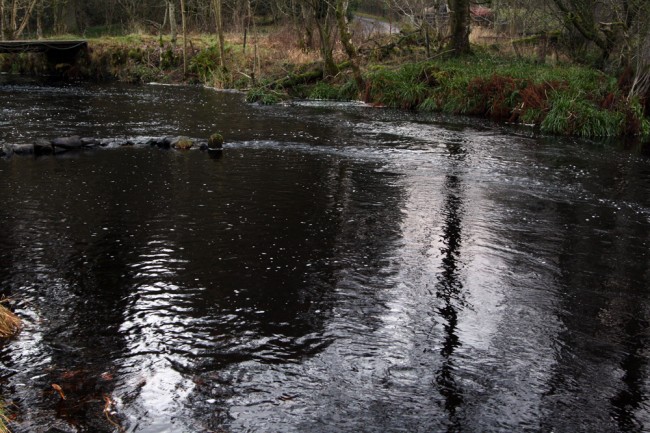 A croy build across the river near Ness Glen.

We did see a redd or two in the Estate Water and although early, it was encouraging to see them. I’m sure more will appear when the water temperature drops or there is a change in flow levels. Once the salmon have spawned, they have completed their life’s work and are relatively safe from illegal activities. In the meantime, bailiffs will be active across the spawning areas keeping an eye on things to make sure the fish aren’t disturbed. 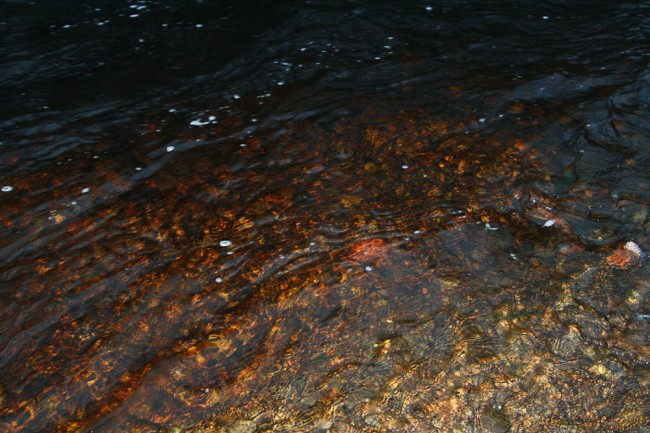 It’s not easy to pick out the full extent of the red in the photo but it was there and complete, so all good for the future stocks.

On the way home we stopped further downstream but once again there was no sign of salmon spawning. We will return later in the month to check progress as we will on the other Ayrshire Rivers. Towards, Christmas, we will lead a spawning walk if there is any interest from members or the Public.