Here’s a quick update on the Diesel pollution in the Doon.
The contractors believed to be responsible for diesel leaking into the Macmanniston Burn and then the Doon near Minishant started to resolve the issues yesterday but reports reached me late in the afternoon and evening that the situation had worsened. By the time I finally managed to get to the river after lunch today, it was clear that the entire width of the river was now affected compared to just about 6′ last week. The smell of diesel was strong in the air and as the photos below illustrate, a film of diesel was visible across the entire surface of the river at Auchendrane weir. 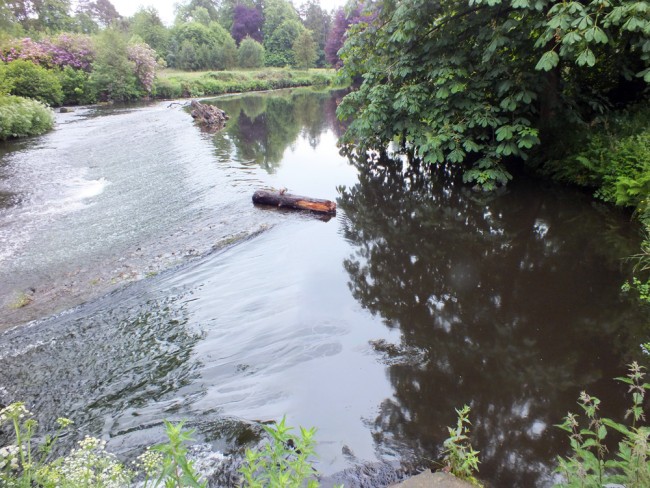 The full width of the river was covered with an film of diesel at Aucendrane Weir when i visited today.

I headed to Macmanniston to see the contractors who had just finished work on the clean up for the day. They were concerned and surprised when I informed them that the situation had worsened so I took the boss to the river at Auchendrane and we walked for about 1km upstream to the mouth of the burn where the pollution came from. It had been raining and there was a bit more flow in the burn than yesterday and this may have contributed to the problem. In all the contractors have removed around 500 gallons of contaminated diesel/water from the burn in an attempt to clean things up. Booms are in place but we may have to request increased filtration measures are added if necessary tomorrow but the contractors are keen to do whatever is needed. 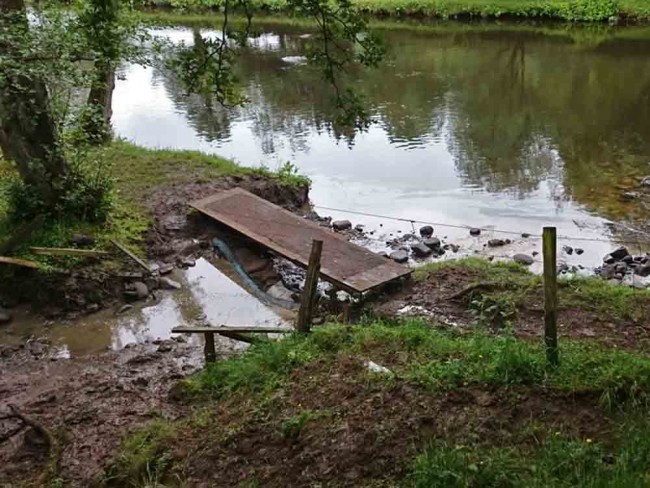 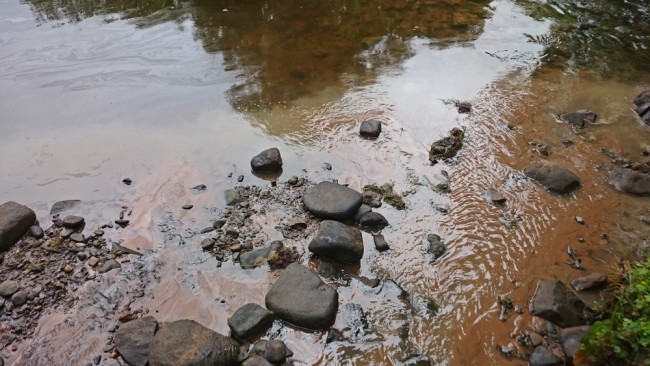 The effects of the pollution can be seen in this photo

On behalf of the DDSFB and with their consent, I requested that SEPA arrange for an immediate release of water from Loch Doon to create a freshet that will hopefully help flush the worst of the pollution through. Heavy rain this evening may also help to raise levels further. The more water the better. There will be continued pollution from the burn for a few days/weeks/months I expect as the banks are covered with contaminated silt from the men working and cattle poaching the ground. 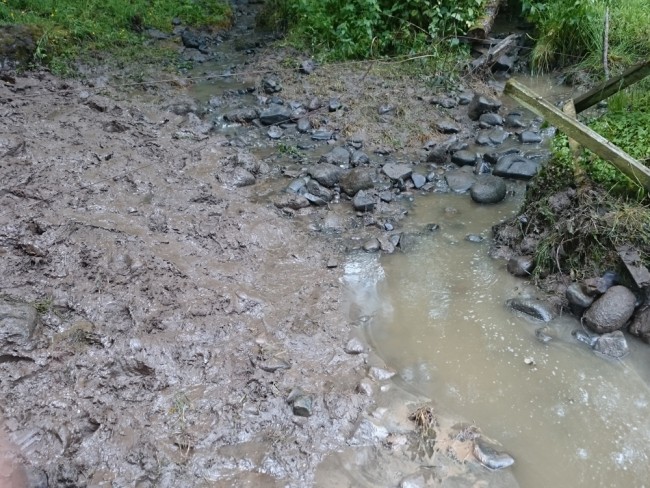 It will take some time for the diesel to wash out of this contaminated silt. It may be best to remove it from site and I will discuss this with SEPA in the morning

I’ll have a look again tomorrow and see how things look and perhaps suggest further measures to help clean things up. SEPA have been involved and are aware of our concerns. We will do whatever we can to assist the contractors to put things right and leave SEPA to do their bit with Regulation etc. So far we haven’t found any dead or distressed fish but will keep an eye out for them. I nipped to Alloway Mill at Doonfoot at 4pm and although not so obvious, the surface of the river was ‘dull’ and not a fly or fish was to be seen on the surface. I expect the fuel has mixed and emulsified due to turbulence on it’s way downstream. 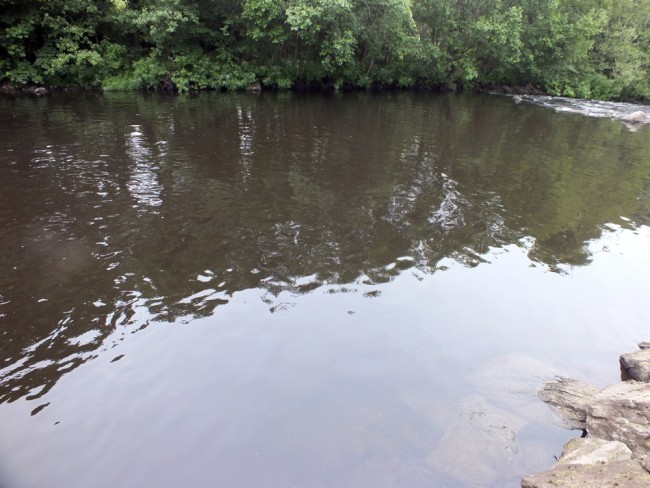 A dull sheen and flattening of the surface at Alloway Mill indicates that diesel was present. There water lacked the sparkle that normally dances across the surface. I’ve seen this before with fuel oil spillages. There were no fish rising and not a fly in sight which is unusual at this time of year.

With over 100 swans and countless other birds in the estuary and at the mouth of the river, I was concerned that they may be affected but all seemed fine so far. Anyone seeing fish, birds or mammals in distress, please let us know immediately so that we can arrange for immediate assistance.