Under licence from Marine Scotland, we have stocked a few trout into the Dippol Burn near Auchinleck today. Water levels in the Stinchar were too high to allow our planned electrofishing to take place so we decided to head to the Lugar instead to capture wild trout for stocking into the Dippol.

Both Auchinleck AA and Muchline Ballochmyle AC had given permission and we obtained the necessary licence from Marine Scotland for this type of activity. The Dippol cannot be re stocked naturally as there’s a waterfall at the confluence with the Lugar that prevents access to the Burn. We had been informed that back in the 70’s, agricultural pollution had wiped out the trout that were there and since then, only minnows, eels and stone loach survived. 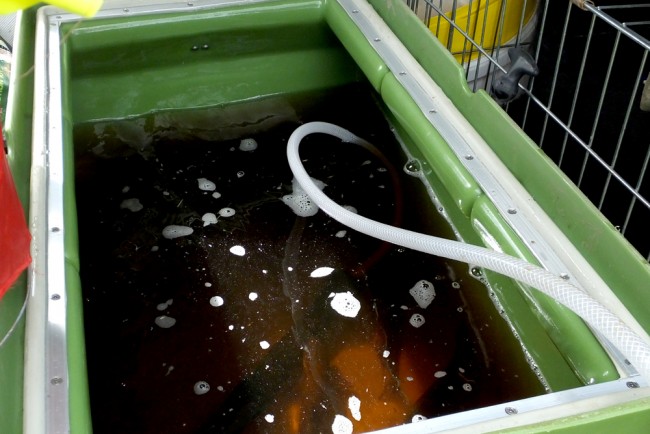 A transport tank with a few trout before they were moved to the Dippol Burn this afternoon. 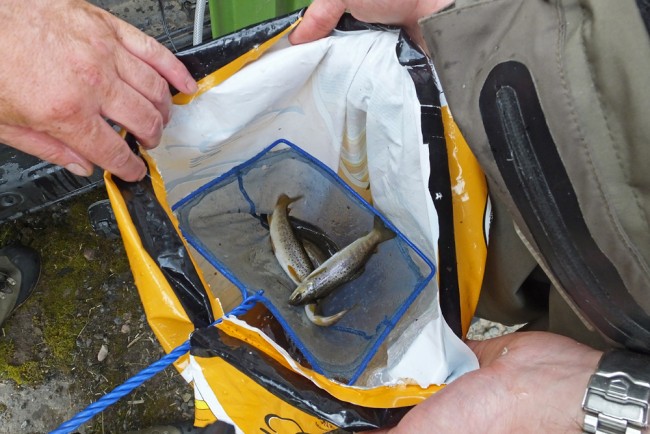 Transferring the trout into a plastic sack to make carrying them across several fields easier. 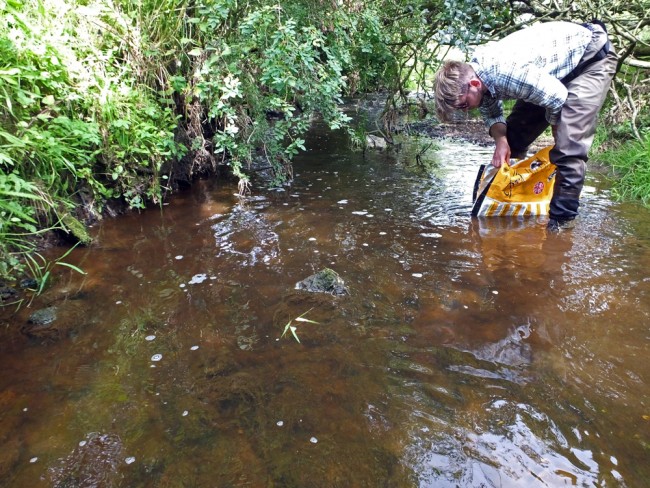 The first trout to be in the Dippol in nearly 40 years were released today. Struan is pictured letting the last few go.

Whilst today’s stocking may not be natural, it seemed an obvious step for us to have a go at re establishing a trout population in the burn. The habitat is good in places although water quality is enriched, but I’ve seen worse and I’m sure the trout will survive. Given a chance, the trout we stocked today should survive and breed and quickly increase in numbers repopulating the rest of the burn. We stocked about 1/5 of what the license permits so we may manage to move more when the opportunity arises but at least a few are in there to kick start the process. I hope that they are left alone for a few years to see how they get on. We will monitor this and report progress on these pages in future. Some of the fish we stocked today should breed this winter. Others may have to survive a year or two before they reproduce.