It’s a bad sign when the River Stinchar is suffering from pollution incidents on a regular basis and very worrying when we see fish numbers falling in some areas, possibly as a result. It’s not just pollution that causes concern and we do see other problems that could normally be avoided with advanced consultation. The Stinchar historically suffers less problems and pollution than our other rivers due to less intensive agriculture, lower population density and very limited industrial activity.

We are concerned about the number of problems we have seen in some areas in particular the Water of Assel. The Assel is the focus of our efforts to improve the water quality and the habitat to protect what is an important spawning tributary. To achieve this we designed an ambitious project to address erosion and other issues but lately the new development of the Assel Wind Farm has commenced and is causing some concerns at the moment.  We have already secured a large sum of funding for our three year project and are hopeful that we will soon secure the rest.

Before I left the office this morning I received an email from an angler concerned that pollution in the Assel was affecting the Stinchar downstream. As I was heading to the Stinchar anyway, I decided to try and find the source of the problems. 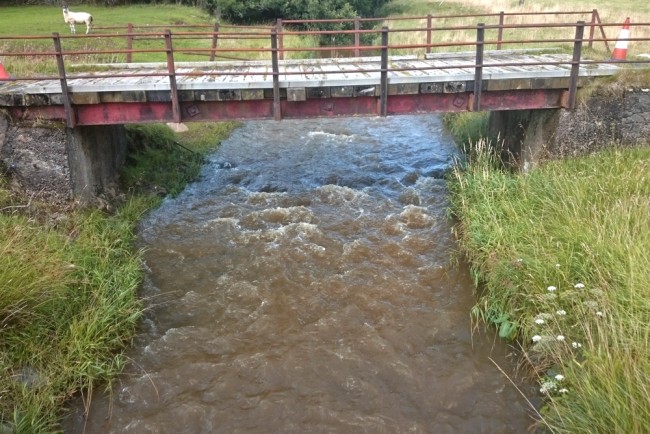 Not good at Maclachrieston Bridge.

We have previously identified several issues but on arrival at Maclachrieston Bridge, it was obvious that something serious was wrong and the clear waters that we should expect, were obviously carrying a high sediment load. We headed upstream in search of the source. At Daldowie Farm Bridge we found a ditch depositing silty water into the Assel. 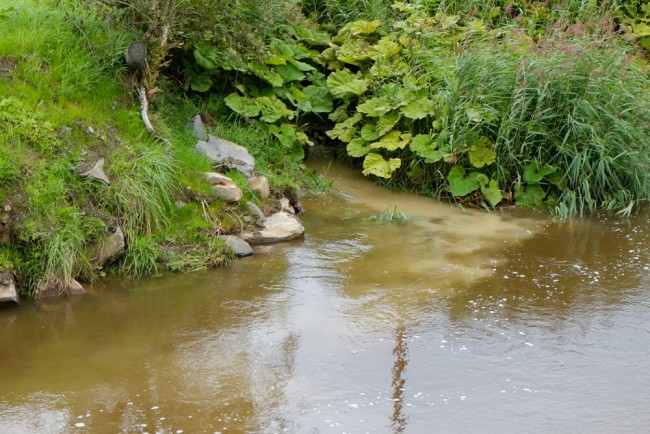 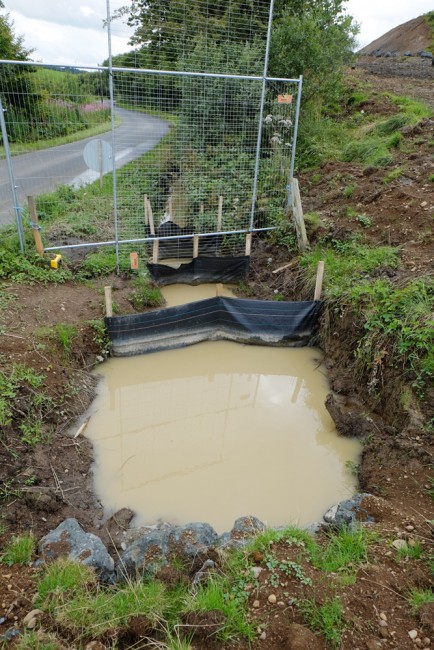 Ineffective silt traps failing to separate sediment from water that runs to roadside ditches and then the Assel. Why didn’t site staff identify this problem and rectify it? This is not good enough.

The source was obviously the Assel Wind Farm site. Further along the road, we found more silt laden ditches that run to the burn and although there were silt barriers in place, they were ineffective. I reported our concerns to SEPA and the Morrison Construction foreman and asked him to sort it asap. I’ve requested an incident number from SEPA. 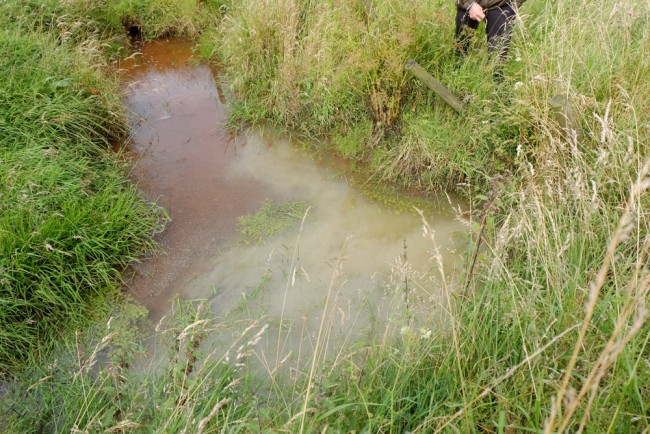 Another pollution point arising from the wind farm development.

Just a few days ago we reported another problem to SEPA where essential bank stabilisation had been underway on the Assel but the channel had been moved without any thought for the fish. I checked to see how this looked today and the works have been completed and look good but for some unknown reason, a small ditch upstream has been dredged and again without any though for the fish. I’ve raised this matter with SEPA again and will look for answers tomorrow. 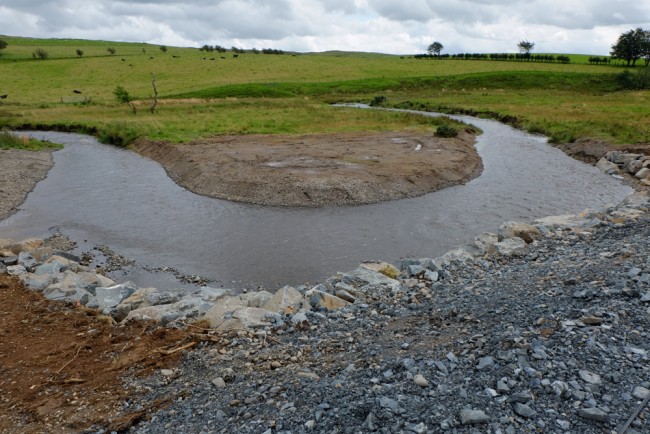 This work was essential but carried out in such a way that no though was given to the fish in the river. The end result looks good but what about the fish? We could have helped had someone thought to inform us of the plans to dewater a section of the burn! 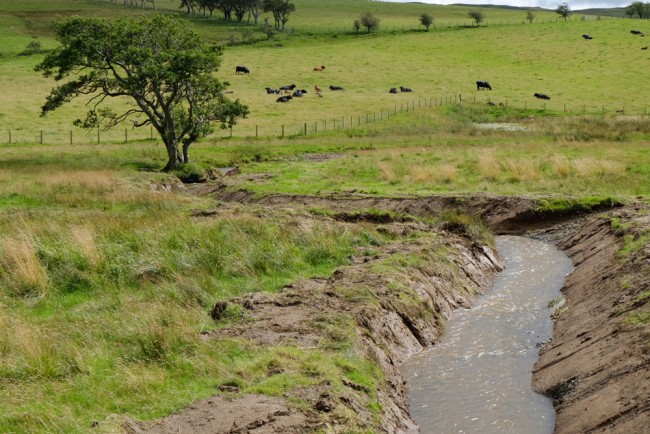 What possible justification is there for extensive ditching such as this? Who instructed this work and who approved it? What about the fish that inhabited this burn? Again, better consultation could have prevented this kind of destruction.

This kind of approach to work is not good enough and only the regulators and planners can help solve this.