We were joined by a schoolboy on work experience experience today and he’s going to be with us for the rest of the week. After catching up with the necessary paperwork and sorting out a few emails, we decided to pack away equipment that we won’t use for the rest of the season before heading out to survey a couple of sites after lunch.
We headed to the Purclewan Burn to check the fish population at a couple of sites. The Purclewan Burn is improving following fencing and other agricultural improvements in recent years and the Board stocked it with salmon fry just two seasons ago. Reports reached us last winter that a couple of salmon were viewed in it at spawning time so we were hopeful that we would find both fry and parr. The first site was between Dustyhall and Purclewan Mill and we found two salmon parr but no fry which was a disappointing as this area was stocked. Encouragingly and rather unexpectedly we found good numbers of both trout parr and fry but water levels were so low, we didn’t catch any adults as I expect they have found deeper pool habitat somewhere downstream.
Survey complete we headed towards Dalrymple where the Board and Trust erected fencing at a badly poached watering point in 2012. Compare the two photos below showing before and after. 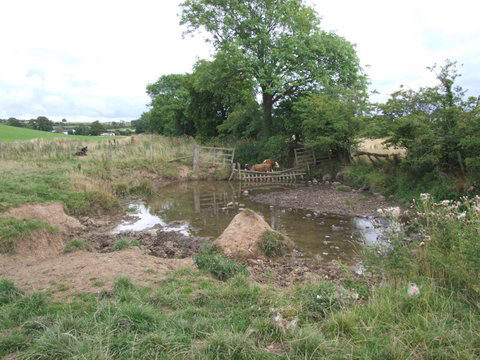 The site on the purclewan Burn prior to fencing. Apart from the silt, enrichment, and bacteria that arose from cattle access, the burn was over wide, shallow and offered no fish cover in this area. Tonnes of soil hade been lost over the years into the burn. 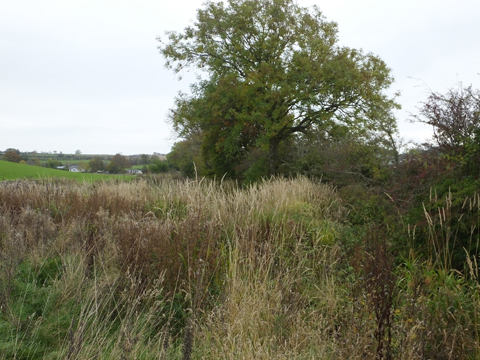 Three seasons after the fencing was erected and the site has changed dramatically. Somewhere in the photo is the burn. The erosion has ceased and the channel narrowed. Trout numbers were excellent and the habitat improved with plenty of marginal fish cover available. This is a great result for fish and water quality.

The habitat is still recovering and is much improved but better than that, was full of trout. Excluding livestock really works and the fish benefit from cleaner water and less silt entering the watercourse. We failed to find salmon but given more time for recovery and a bit more assistance, I’m sure in time we will. We have one more section of fencing still to erect on this burn and hopefully that will be completed this year. 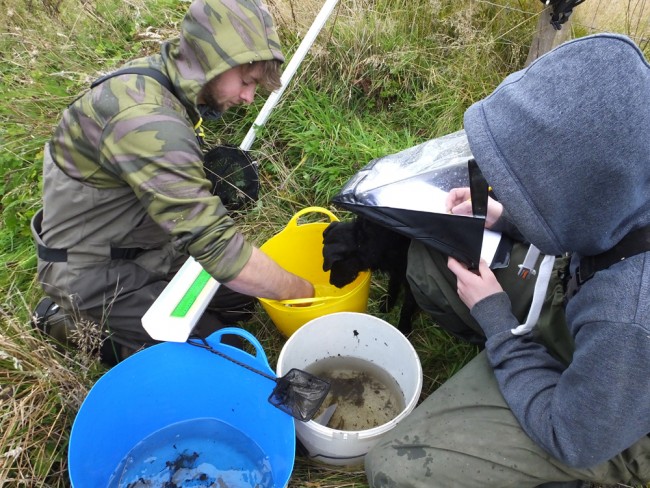 Daniel and Struan counting and recording the catch.

Daniel, our schoolboy assistant was impressed and more than a bit surprised to see so many trout from such a wee burn.