Last Thursday was another miserable day and I was on the Kilmarnock Water tin the morning. The river had dropped back but was still high. Black Rocks Waterfall was my first stop where I saw both salmon and sea trout making half hearted attempts to get over the falls. I expect as the river drops back further, they will make it over without too much difficulty.

The black Rocks in good flow 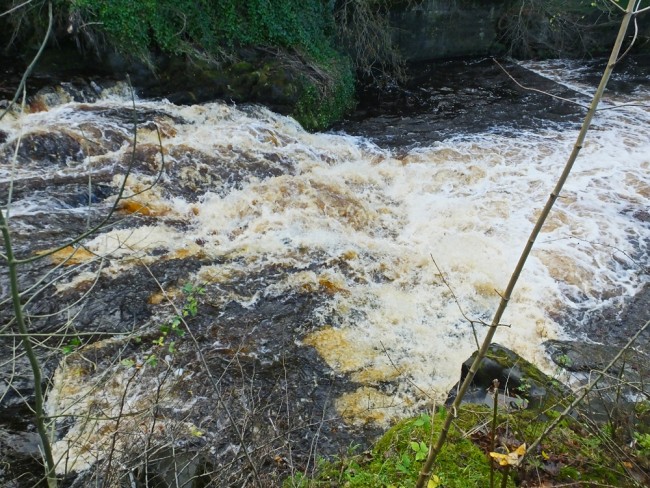 I nipped up to the new Bridge that replaced Dean Ford. Two of the 4 culverts were dry and the other two had timber debris at the upper end. This will need removed by the local authority to prevent further build up. I’m not too concerned by the sediment built up on the left bank as this was inevitable on the inside bend of the river. Certainly, salmon and trout will be able to migrate through the bridge with ease. This is a great improvement over the old ford that prevented many salmon from making it further upstream. I’m looking forwards to finding just how far these salmon reached and where are spawning. 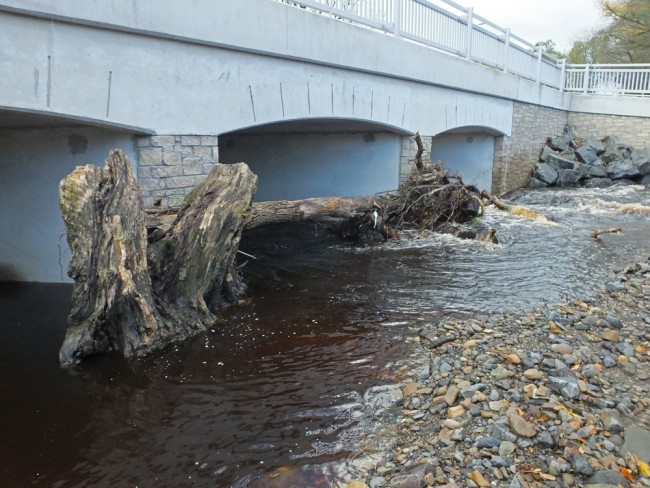 I heard that the road was still overtopping in high flows. Trees and debris like this won’t help and will need to be removed. 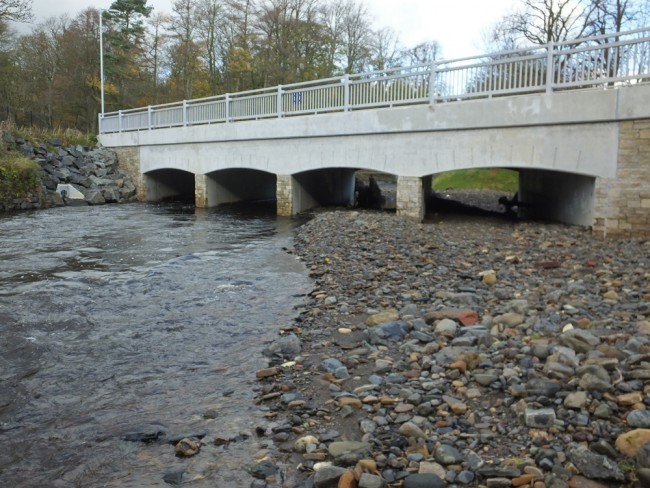 Finally, the weir at Cheapside Street / Sanded was visited. I am concerned about the further erosion taking place to this structure following the work that was completed in 2013 and we have repeatedly raised this with SEPA and Scottish Water. This year we managed to agree a solution which was to include a rock ramp fish pass but funding appears to be the problem. I think I’m correct in saying that SEPA share our concerns over the potential collapse of this weir as there’s a swear pipe running across the cost of the weir that could rupture should it collapse. Today, I’ve written to Scottish Water urging them to take action to stabilise the situation as soon as possible but not until late Spring next year unless there is an immediate risk of collapse. Fortunately, in its current state, it presents no problem to migrating salmon and trout. 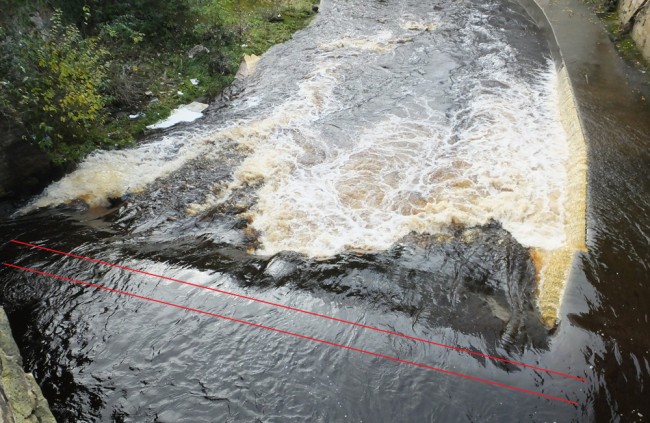 The red lines indicate the approximate location of the swear pipe within the Cheapside Street Dam. We’ve asked Scottish Water to monitor erosion here and to consider the stabilisation and installation of the new rock ramp fish pass as a priority