After checking the smolt trap at Loch Doon this morning and only finding a single brown trout and about 20 toads, we decided to lift it and try again next week. Of course there’s a risk that the smolts have already passed by as we found quite a few when electrofishing the burn near the loch a couple of weeks ago but they were all pre smolts and still had a fair amount of physiological changes to go through before becoming smolts as we know it. We will try again after the weekend or as soon as air and water temperatures rise as this may trigger migration. We just don’t have the resources to set the trap daily from now until the end of May so are making decisions based on judgement so may therefore get it wrong. But at least we are trying… 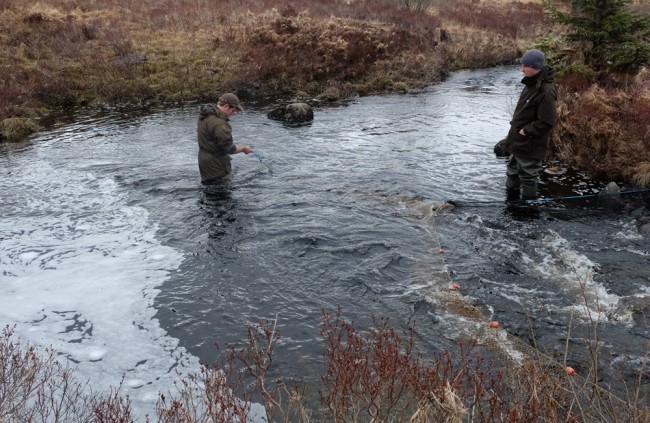 Struan and Muir checking the smolt trap on the Garple for fish. 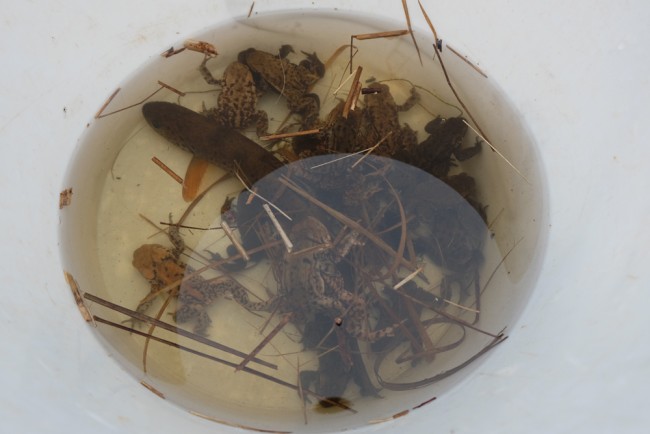 The bulk of the catch insisted of mating toads 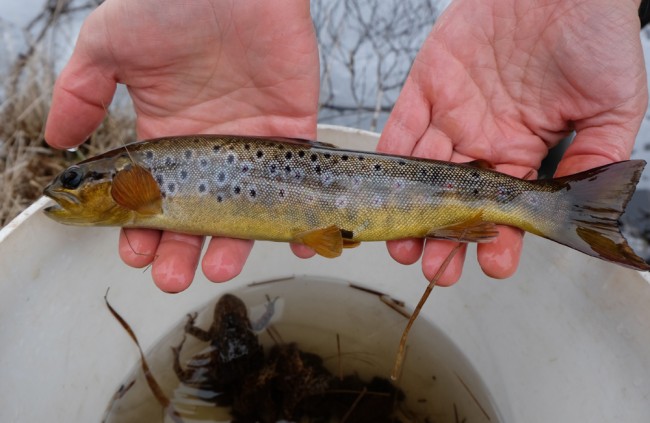