On the 26th of May we reported that works had commenced on the Skeldon Mill Hydro Scheme and that contractors had been busy clearing the debris and undergrowth that encroached on the intake lade. ART are very supportive of the fact that the developer and contractor have been in constant contact to ensure that the fish are protected and they were keen to ensure that we could remove all fish from the lade in advance of desilting works. This is an example of good practice as at first sight, it would appear that nothing would be present in a silted up old lade such as this when in actual fact there were five different species present and in good numbers.

Myself and Muir were on site first thing this morning to carry out a fish rescue as we had expected that there would be a number of species present within the lade.

There are two lades at Skeldon which both required fish rescues so we started with the larger of the two which will be desilted and then used to supply water which will drive the turbine. 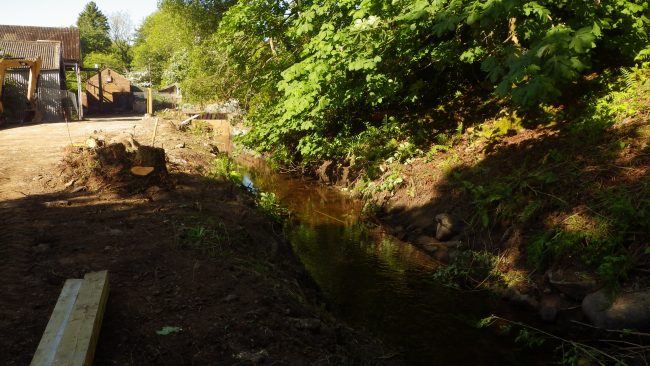 The larger of the two lades

As expected there were a number of fish present within the lade and we managed to remove several species. The fish we managed to remove consisted of Lamprey (172), Trout (9), Salmon Parr (1), Eels (7), Stickleback (3) and one stunning Trout Smolt which must have entered the lade during downstream migration. 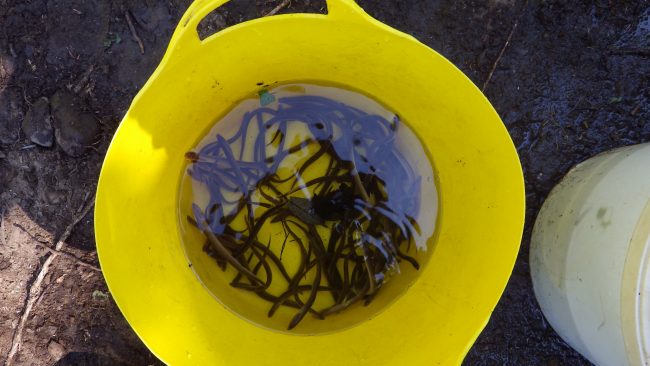 A bucket full of Lamprey 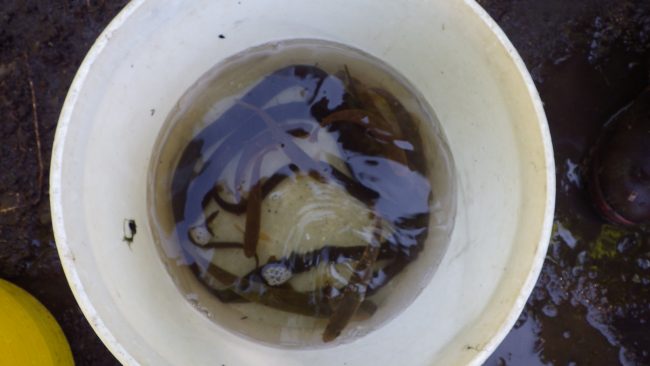 A bucket of fish from the large lade which included Trout, Salmon, Eeels and Stickleback 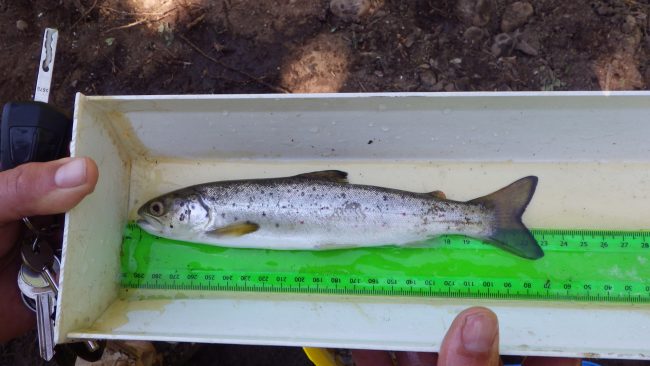 A Trout smolt. A good example of why adequate smolt screens are required for intake lades used in hydro schemes

After our first run through the larger of the two lades we set about rescuing fish from the smaller lade. Again we found several species which included Lamprey (34), Salmon Fry (2), Salmon Parr (1) and Trout (1). 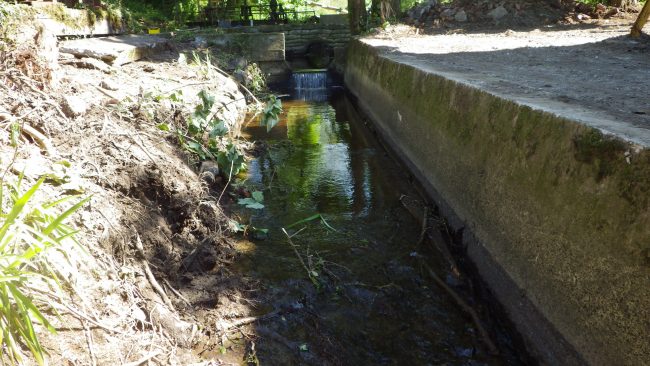 The smaller of the two Lades which will be blocked off 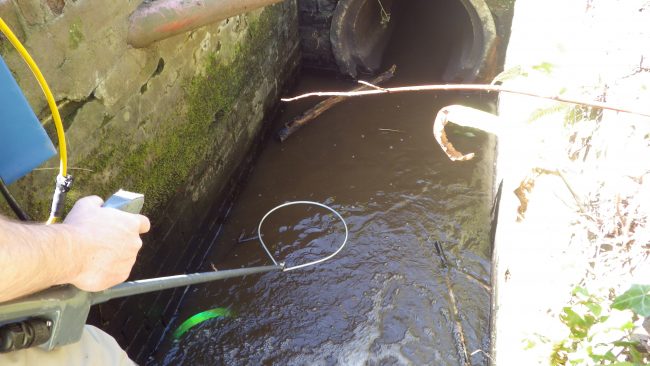 You wouldn’t think we would find a Salmon Parr in here but we did. 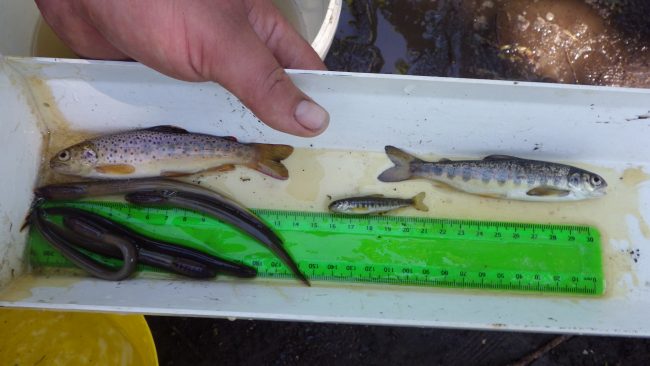 Trout, Salmon and Lamprey from the smaller Lade 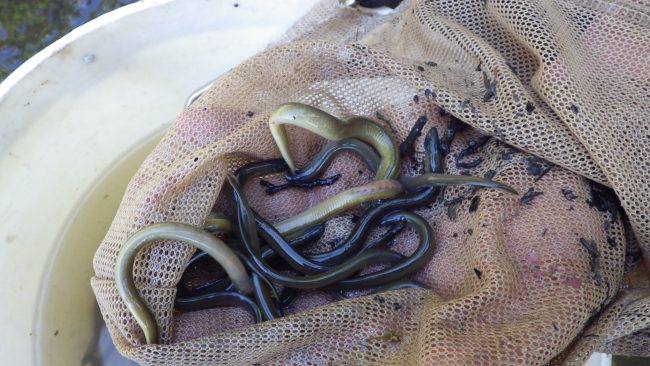 Lamprey from the small Lade

After we had rescued the fish from the smaller lade, we headed back over to the larger lade for another run through. We were still catching plenty of Lamprey and although the contractor was waiting for us to finish before they could get on with the works, they allowed us to continue until we were confident that we had removed all of the fish from both lades. Between each run through the lade the fish were translocated to suitable habitats downstream of the hydro scheme.