Following up on the SEPA’s demonstration event of last Autumn where we attended to offer support to SEPA’s engineering team and advice to farmers over green engineering techniques, Muir and I revisited the Upper Irvine site which continues to suffer considerable erosion. 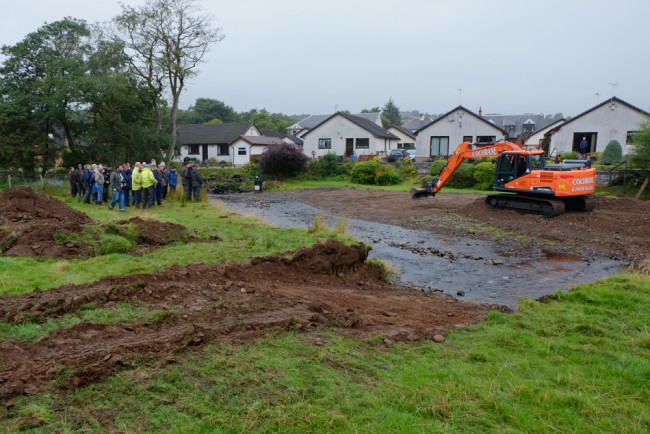 The demonstration even last Autumn where SEPA allowed contractors to scrape up gravel and remove it off site from above the water line. Care was taken to emphasise that in stream works should be avoided especially during spawning season.

The only activity performed last year was removal of dry sediment that had built up in the form of a side bar. We didn’t expect this to solve any problems but it was designed to allow the river more room during spate conditions.

Our visit recently revealed that the side bar had again built up on the right bank through deposition. Erosion continues to be problematic and occurs on a grand scale on the left bank and perhaps another 2 – 3 m of agricultural land has been lost on the apex of the bend. 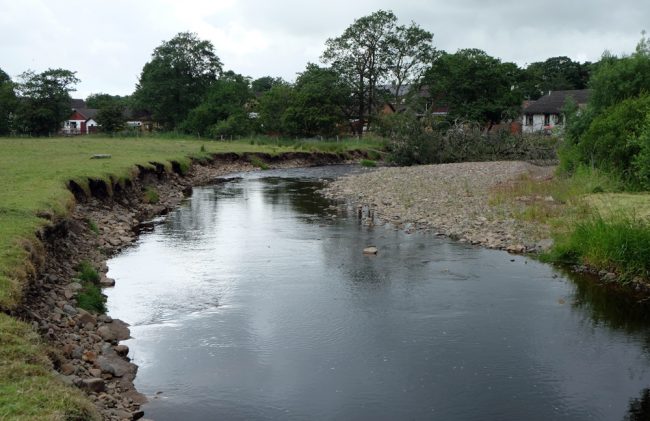 The rate of erosion is accelerating as the bend increases.

This previously straightened site is in need of some form of solution for the benefit not only of the landowner but also to improve water quality and fish habitat downstream that suffers as a result of fine sediments being mobilised. One of the problems is that when a river is straightened, it will create problems elsewhere. The river is now constricted in this site due to the houses built on the flood plain on the right bank. Comparing the current river course with that of 1945 reveals these houses are built where the river flowed just 70 years ago. There’s no room for it to expand or move beyond a few feet on the right bank and the landowner can’t afford to loose ground no the left. The temptation is to rock armour both banks to keep it in the current channel. This hard engineering solution happens often but SEPA find it difficult to support these days for obvious reason as rivers aren’t meant to be static and constraint only serves to reduce their natural ability to function. The image below is made up of two images overlaid. The originals were taken in 1945 and around 2005. The course of the river has moved considerably in the 60 or so years between images. It is even greater now in 2016. 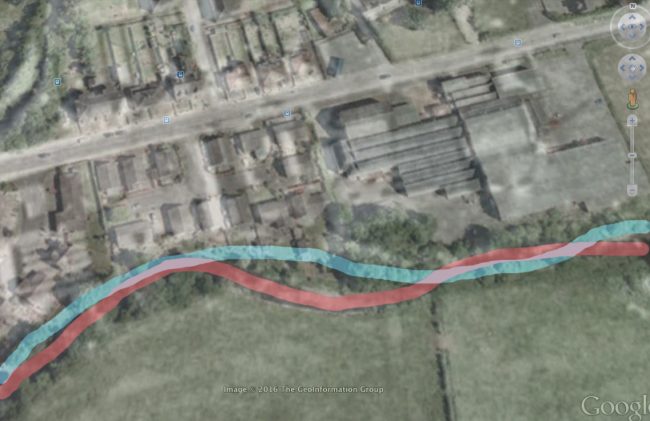 Previously we had identified green engineering measures that we felt may help and we will attempt to put a final plan in place for the approval of SEPA and the landowner. Hopefully we will be able to stabilise this erosion if agreements can be reached and the funds are available. Note the large tree that has fallen bring a fair chunk of bank with it. This requires immediate attention to prevent further problems occurring but perhaps this could be used to assist with some green engineering techniques. 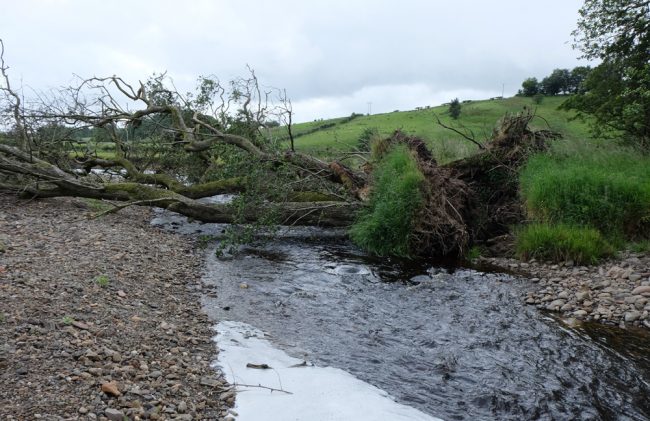 When this tree fell over winter, it brought with it a fair chunk of bank. This need removed quickly to prevent further problems occurring.

Watch this space as we will provide updates should we take this on.