Since installing the first 30+ tonnes of boulders at the Muck Water in an attempt to improve the habitat, particularly for salmon, we returned over the last two days to seek opinions from Glasgow University specialists in river engineering and a SEPA hydro morphologist before placing the final boulders and calling an end to this work. 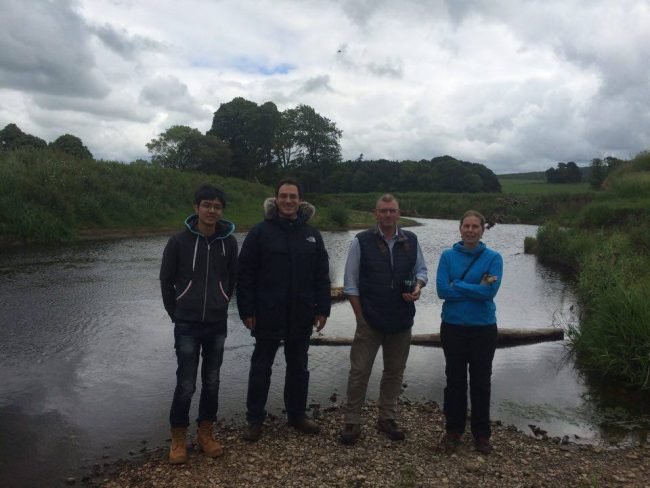 Specialists from Glasgow University and SEPA met with us to view several sites yesterday. This picture was taken at Kilkerran on the Girvan where green engineering techniques have been employed in an attempt to cut silt inputs entering the  river.

We are in discussions with both SEPA and Glasgow University over the benefit of green engineering techniques and in particular river bank restoration. The Muck Water was just one site we visited yesterday but it was helpful and beneficial for us to hear specialist opinions on the work that was underway. Bearing this in mind, we returned today to place the last few loads of boulders that had been dropped on site. 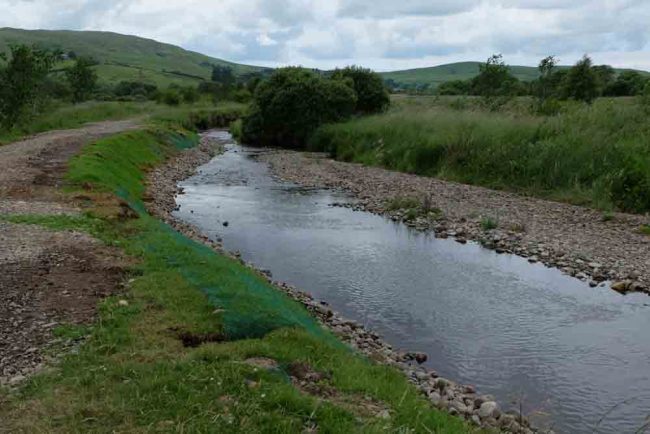 It was good to see that the grass seed has germinated and grown through the reinforcing mesh membrane. This bank stabilisation was required to protect the path and keep the river flowing through the bridge, a short distance downstream. During the winter flooding, this large section of bank was washed away and the river threatened to flow across the wetland to Bogton Loch. 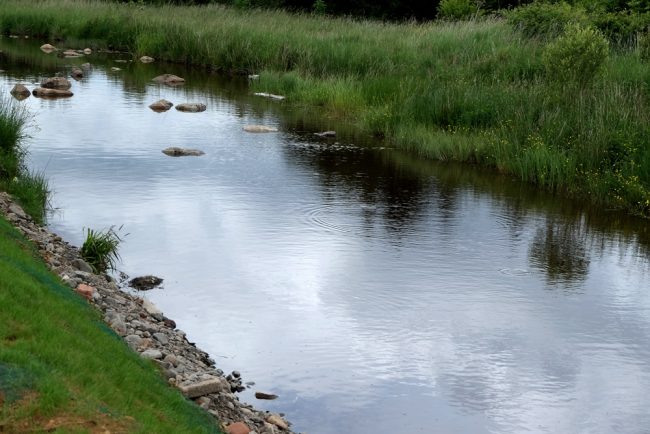 Parr and occasional fry were rising in the pool near the boulders. There are sub surface boulders not visible in this picture.

As we waited on Robert (the machine man to finish his lunch, Muir and I were pleased to see a good number of parr rising in the pool between and around the boulders. This is encouraging as parr were definitely lacking suitable habitat prior to the works. We also noted fry darting for cover under the boulders. Whilst this burn has been previously modified through straightening and relocation in 1916, the work we have undertaken can’t be called restoration as that would mean significant alteration and expense. 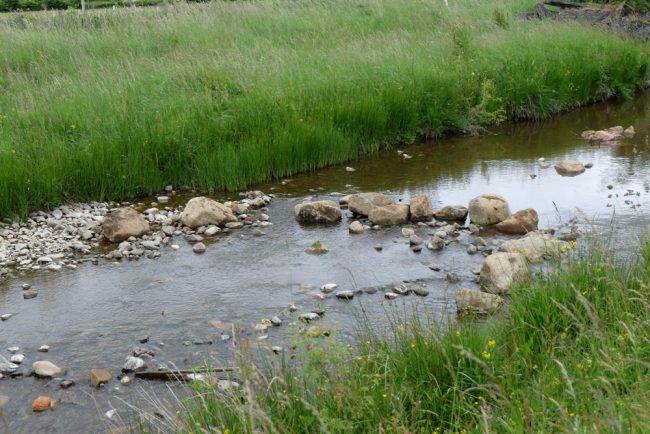 Where the burn had enough energy, we created an inverted V leaky boulder dam to encourage the river to scour in the centre of the bed. Hopefully some depth will be achieved in time. Care was taken to ensure we didn’t cause bank erosion.

The habitat improvements we’ve made have been done sympathetically in an attempt to put natural type features back in the river and eventually these may encourage natural process such as deposition and scour to occur but the  principle aim was to give parr in particular, areas of refuge and that’s exactly what’s been done. Hopefully smolt output may increase as a result of this. 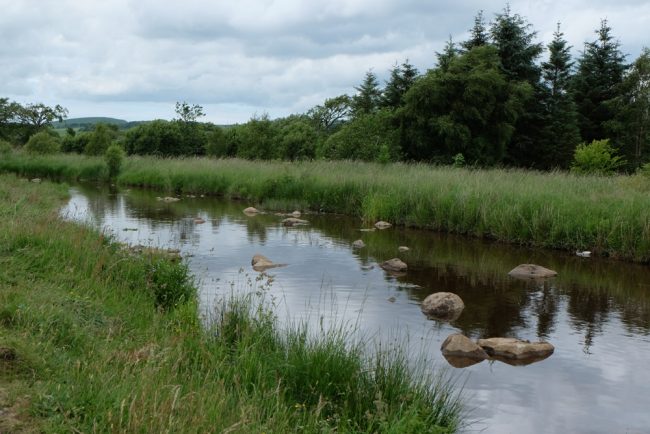 The view near the lower end of the stretch where the final results can be seen. In time, parr numbers should increase in what was otherwise a sterile haitat

We now have to wait and see what effect a big spate has on the boulders and whether any immediate alterations will be required.