Work has been progressing at Pundeavon reservoir all summer and contractors are making good progress with restoration of the valley following the removal of the Plan Dam. 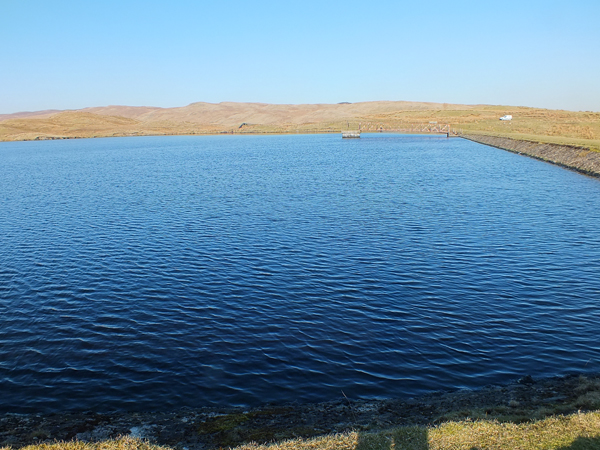 ART removed trout from this reservoir during 2015 to allow works to commence but the entire project was beset by water management issues and following an extensive rethink to the planned course of action, things appear to be forging ahead now and the results look encouraging so far. 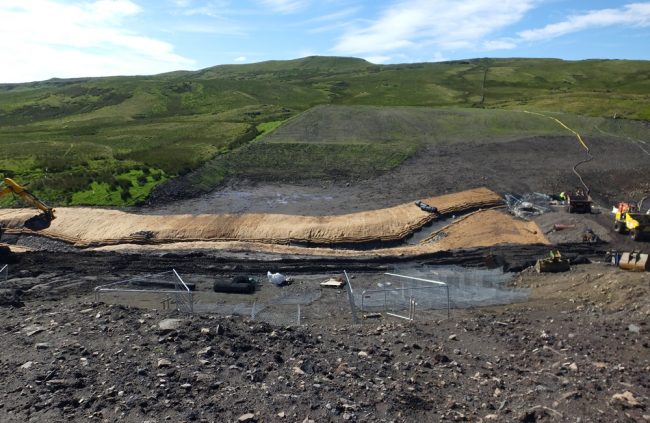 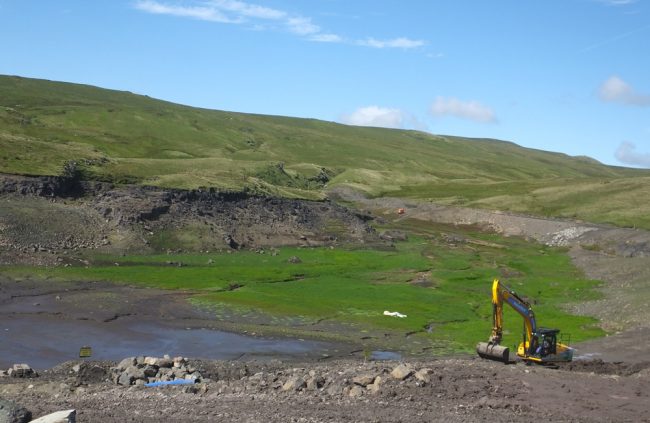 The upper end of where the reservoir once stood. Things are greening up nicely.

Following several siltation issues in the burn as water levels in the reservoir were drawn down, we were asked to check the fish populations and have recently done so. The lower burn appears to continue to produce large numbers of salmon fry while the upper reaches are populated with a range of health wee brown trout. This is good news. 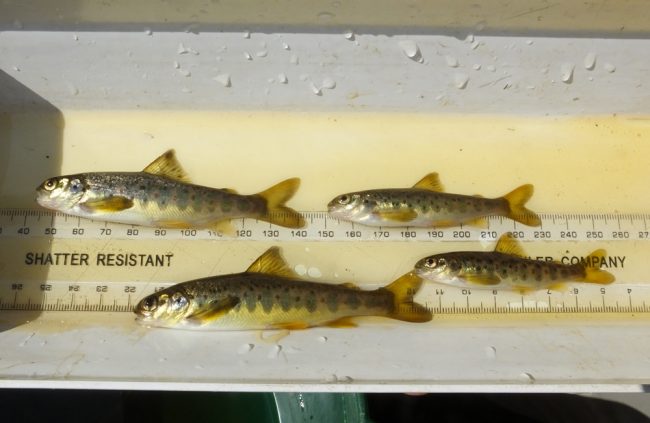 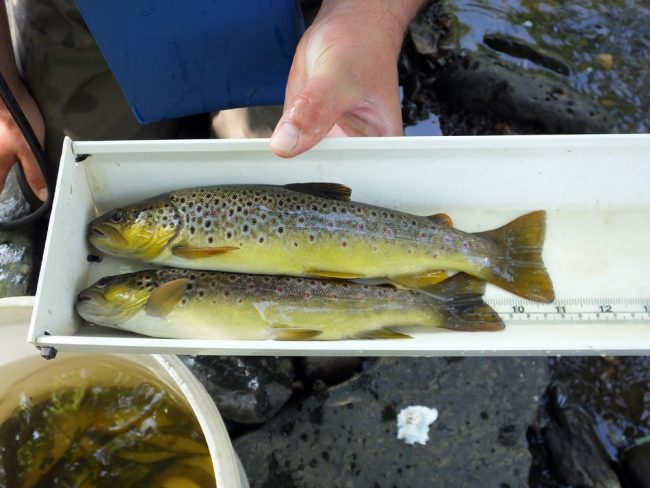 A brace of fine Pundeavon Brownies in good condition

Elsewhere on the burn, another developer has been working to install a hydro scheme. With major excavations underway beside the burn and access routes being installed, we are aware that there may be one or two issues with fish access and siltation. We will keep an eye on this as it develops and discuss concerns with SEPA as they arise. 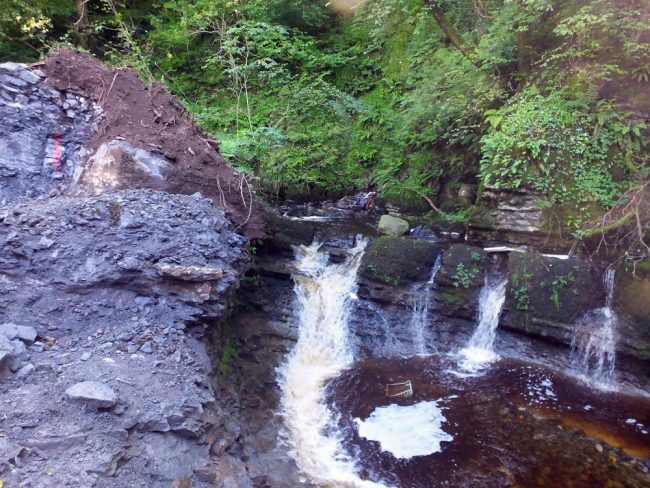 Major excavation are underway beside these falls on the lower burn. These falls were thought to be passable in certain flows but it appears that some features within this pool and water levels may have changed recently and as yet we aren’t clear by how much or why. Whether fish may still manage to pass these falls will need to be reassessed. 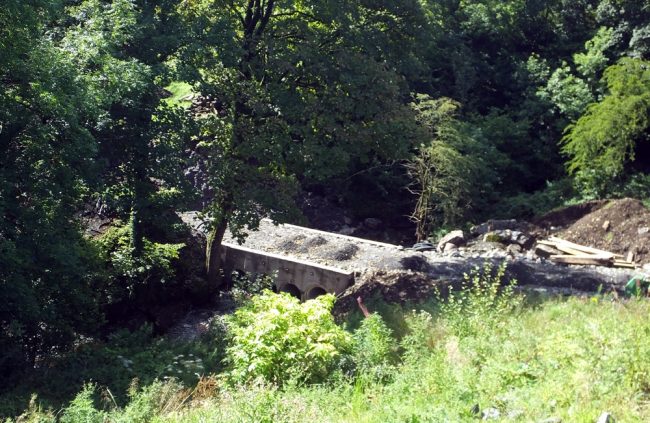 A new pipe culvert constructed to allow access to the turbine house. Perhaps this would have been better as a bridge as the timber that comes down this burn may cause problems