Another American Signal Crayfish turns up 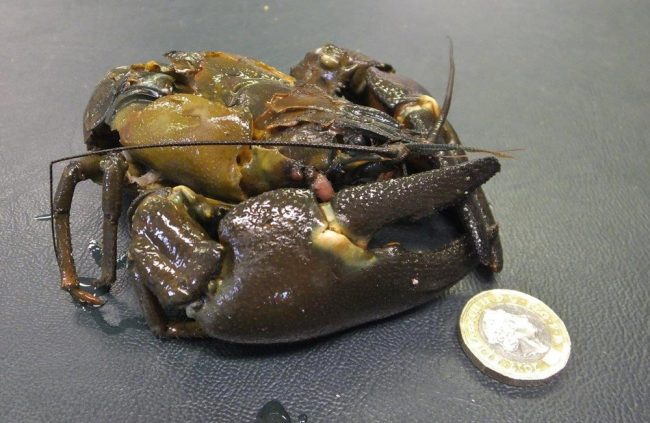 A year on from  when we found a large claw and 1 3/4 years since we caught the only other living crayfish trapped in Ayrshire, last week, another specimen turned up on the same watercourse just about 1/2 mile downstream. This again was a large animal about 8″ long. 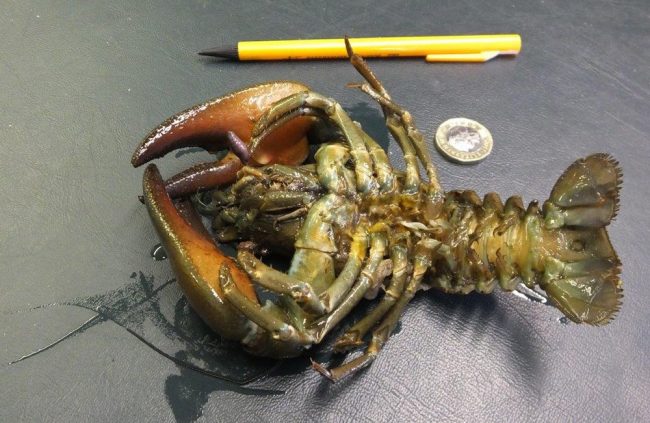 It was caught by a local angler who filmed it, killed it and brought me the evidence the next morning for which I’m very grateful.

We had hoped against the odds that no more would turn up. Obviously this find is terrible news for not only the Water of Coyle and River Ayr but every river in Ayrshire as there’s always the risk that someone will spread them to other waters either accidentally or deliberately.

Crayfish predate trout and salmon eggs and juvenile fish. They also burrow into the banks and cause erosion, reduced water quality, bank instability trees collapsing etc. Just look at the shores of Loch Ken these days and the damage they do is obvious.

It is believed that these crayfish were introduced maliciously but this is unconfirmed. Regardless, it seems that there are still crayfish in this river and it will be impossible to remove all of them by chemical or any other method. Anyone finding them should immediately kill the animal by stamping on it and then let us know (place it in a carrier first if you have one, just in case it has eggs). It is ILLEGAL TO TAKE THEM AWAY FROM THE WATER and ILLEGAL TO TRAP THEM without a licence. Please observe these rules and help protect other rivers from this scourge.