A look at Sundrum Falls on the Water of Coyle

Myself and Muir took a trip out to get images of Sundrum Falls (aka Ness Linn) on the Coyle on Friday afternoon. We have a photograph dating back to the late 1960s of the falls (see below). 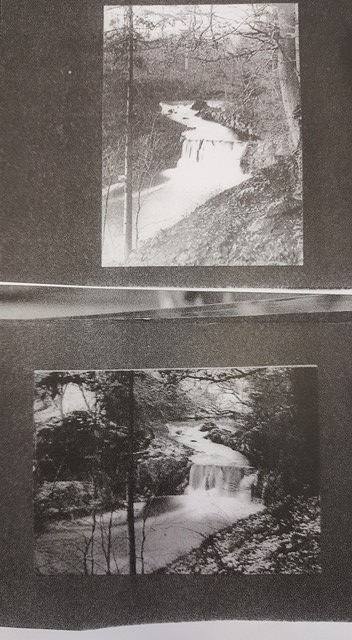 This image dates back to the late 60’s look at this against the photo below to see just how far back the falls have moved. 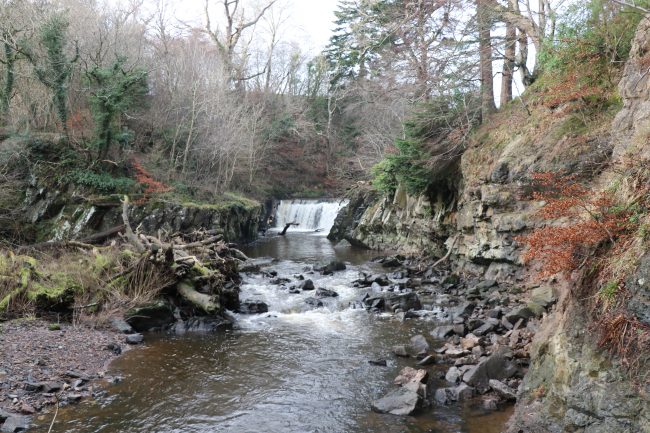 The falls have retreated approximately 30m.

The top photo shows the falls some 25/30 meters further downstream than they are now. Shortly after the photo was taken the falls collapsed and retreated upstream to where they now sit today. We were attempting to recreate the same angle etc. to compare photos. We also put the drone up to take some a trial images and video to start a pictorial record of the falls, this will allow us to assess if there is any changes to the falls and how debris/log jams are affecting the balance of flow.

A concrete lintle exists on the falls on the right bank (looking downstream), even if this were to be removed this still presents to large an obstacle to allow upstream migration. However the falls on the left bank are passable to brown trout and sea trout (I have some video footage from a couple of years ago which I will dig out and post). ART have never recorded salmon above the falls and although we’ve seen salmon attempt the falls we’ve never seen any successful fish. There is a concrete ‘wall’ on the left bank that diverts more flow down the right hand side of the channel towards the once operational lade. 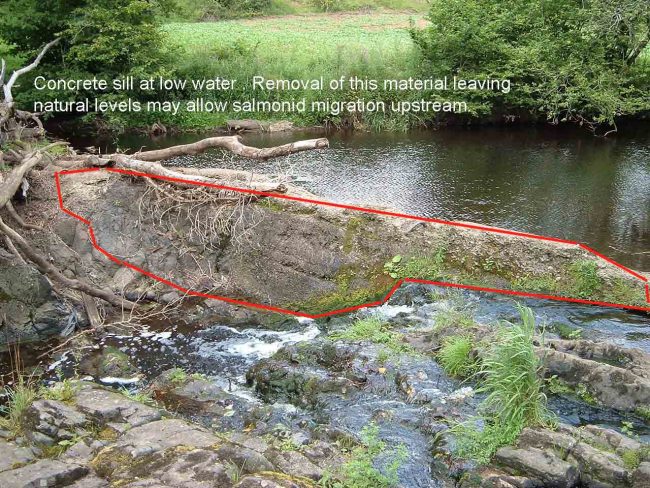 With the log jam cleared and some concrete removed from the channel this may allow more favorable conditions and allow salmon upstream migration. There are many miles of good habitat available above the falls that would help boost the number of salmon produced by the River Ayr system.

As always our primary concern is maximising the potential of all habitats for all our native freshwater fish. And in times with such great issues at sea we must explore all options when it comes to maximising the quality and quantity of freshwater habitat.

I shall post some video footage of trout ascending the falls, the original photo we set out to recreate and some images from the drone next week…it all makes for interesting viewing! 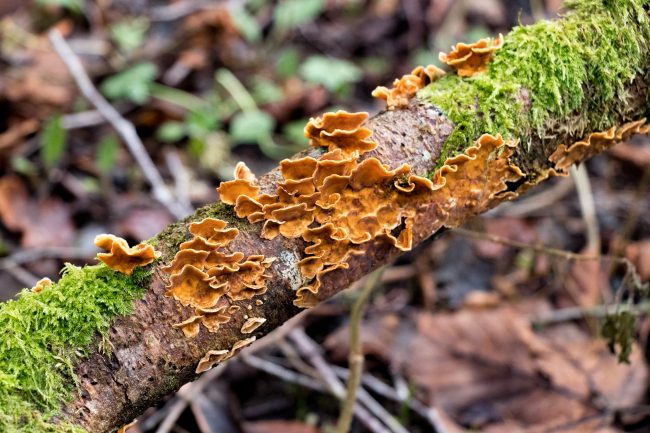 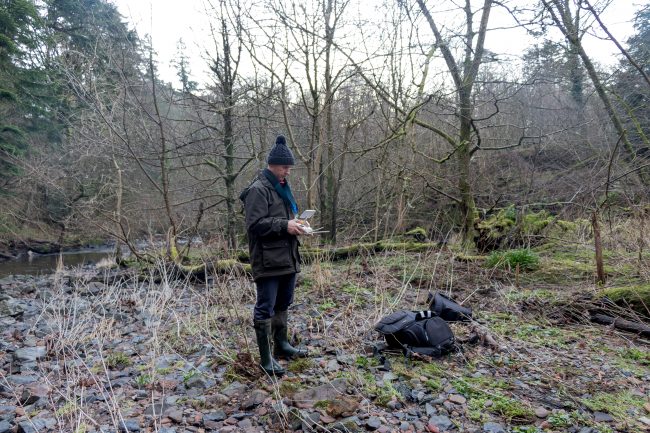 A picture of concentration! 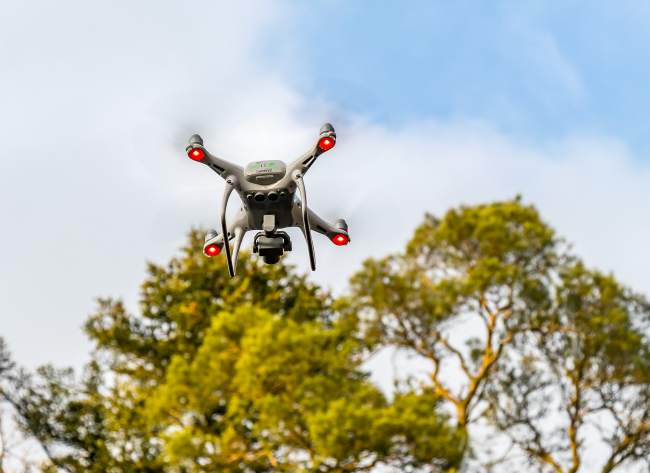 The turbulent around the falls made controlling the drone tricky to say the least, it had been a few months since Muir had used the drone. The last thing you want to feel is not in control when your a couple of feet away from tree branches however all went well and we got some good images with the drone still intact.