While we recognise the value of our local industrial heritage, we still see issues for fish migration and fish habitat that arises as a result of mining activity. Of course in recent years, there’s no hiding the many open cast mines that devastated the East Ayrshire landscape and caused various problems for fish in our rivers, but in the more distant past, deep mining and drift mining left a legacy of problems and we still see the effects of these things today. 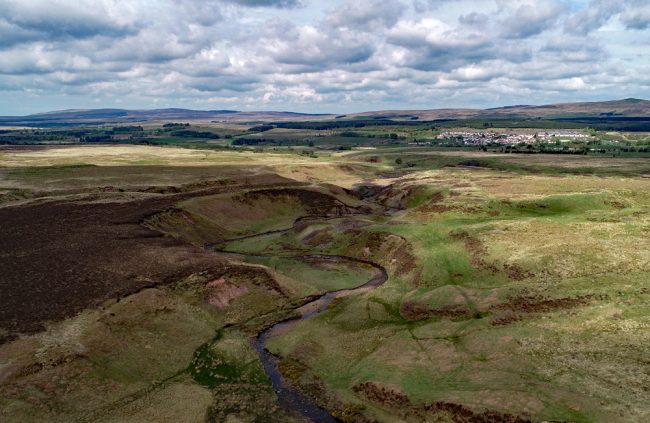 Recent advances in treating mine discharges in Wales led to the Environment Agency agreeing to invest a further £3Million in this pioneering treatment of mine discharges and gives us hope that the same results could be achieved here in Ayrshire once the methods become more widely available and accessible. From our limited understanding, this technique uses magnetism to reduce iron in water. That’s a very simple synopsis of what is a much more complicated treatment that I don’t feel I am able to describe in more detail at this point in time. 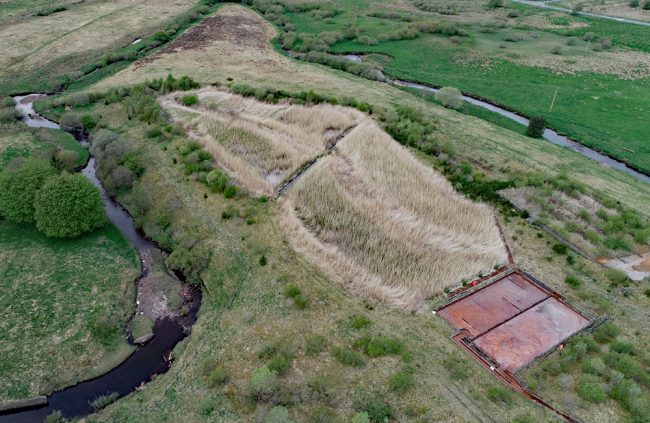 The reed bed at Kames

The upper Ayr and Water of Girvan both suffer severe iron pollution from mining and it is in these rivers that we see potential for improvement should this technique become accepted as effective. We would also require considerable funding to enable this to happen but that’s something to worry about in future. The image of the Kames reed bed illustrates one technique that has been used to improve discharges but these don’t solve all the problems and iron oxide precipitates out readily onto the burn bed for some distance downstream. There’s a similar treatment reed bed at Dalquharran on the Girvan. Other discharges receive no treatment at all and the Stottencleugh at Glenbuck is a prime example of this. 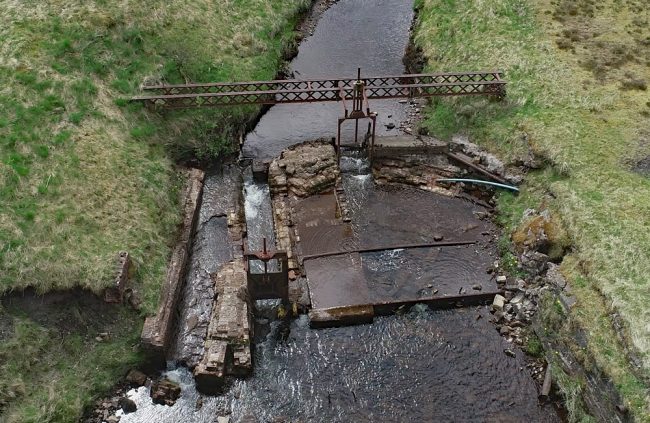 We also see the structures that served useful purpose in years gone bye but many are falling into disrepair and as with anything built in a river, unless it is maintained, these structures deteriorate and eventually collapse. Today we looked at industrial site on the Garpel near Muirkirk where there’s an old structure that constrains migration. It doesn’t prevent fish passage, but it may be improved by relatively simple alterations. We will discuss this with SEPA to see what their opinions areon this and to see if funding may be available through the Water Environment Fund….but I doubt that. 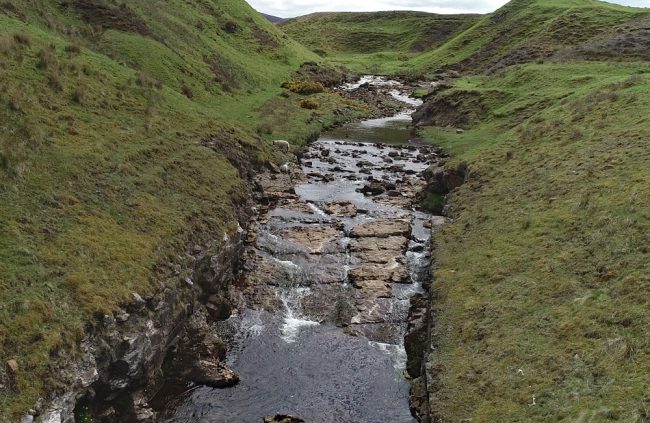 Another modified section on the Garpel but was the bed altered at the time the railway embankments and crossing were built? Is it passable now or are there problems at some flows? These are the sort of questions we must answer before attempting to improve such obstacles if indeed they are man made.

Several weirs have collapsed in the last few years through a lack of maintenance (as the industries that relied on them have long gone) and while some may be sad to see them go, we are pleased as inevitably this allows improved migration for salmon, trout and other species in our rivers. Newmilns Dam, the Moonweave Dam (also in Newmilns), Lainshaw weir on the Annick and the Sandbed Street Weir on the Kilmarnock Water have all collapsed to some extent. Some have been removed and other left to deteriorate further. With these collapses, migratory species are afforded better access to upper reaches.

We continue to open up habitat wherever we can as this is the quickest way to increase stocks within river. Later this month, the Garden Weir in Eglinton Country Park will have a custom designed fish pass installed. Further upstream, the Lugton will further benfit as ART expect to install another fish pass this summer at Sevenacres. Both these improvements have been driven by ART over the last 12 or so years. Nothing happens quickly in habitat restoration… usually due to copious amounts of red tape and a severe lack on funding!