Today we were faced with the unenviable job of dealing with giant hogweed flowers that had set seed at Tarbolton Landfill. The land surrounding the landfill is criss crossed with old field drains and ditches that have the potential to transport seed into the Fail and ultimately down the River Ayr. This threatens to undermine the control strategy the Trust has undertaken for over a decade. 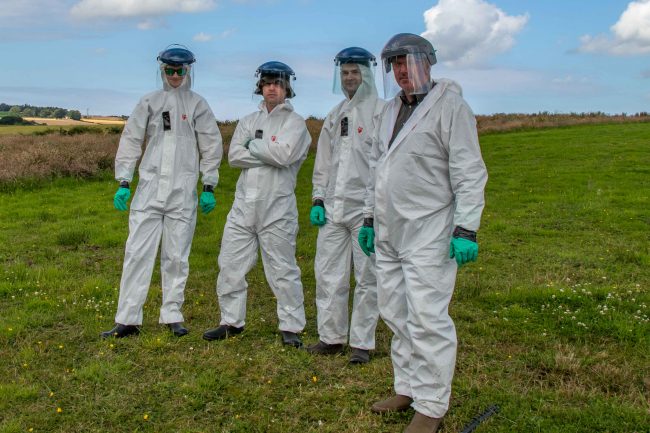 With a large swathe of hogweed lining one of these drains we had to act and as the plants have largely set seed, spraying glyphosate and leaving it at that wasn’t going to be enough. We employed a bag and burn technique, removing the flower heads with long hedge trimmer and incinerating the seeds on site. This was followed with a comprehensive spraying of the remaining foliage to prevent the plant from throwing up more flower heads in response to the stress of being cut. Handling hogweed is potentially very risky and as you’ll see from the first photo we didn’t skimp on the PPE!

Before the heads were cut and burned.

After, all the remaining plants were sprayed to prevent the typical stress response where the plant quickly puts out many small flower heads in a bid to reproduce before it dies. 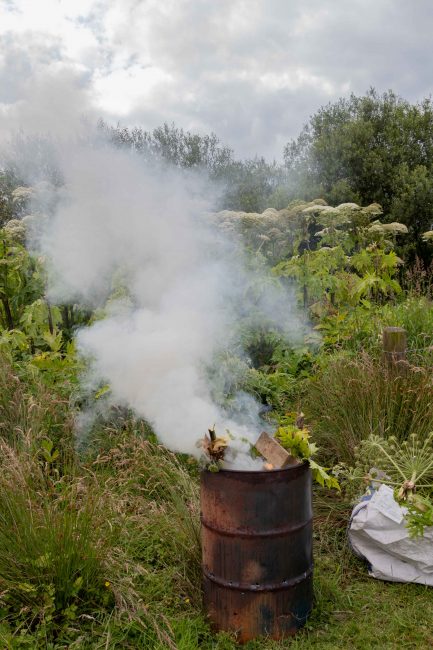 There is a huge water content in hogweed seeds and the fires required constant tending to keep them hot enough to burn the water laden foliage.

The scale of the problem here is huge, fortunately the majority of the plants are on the landfill itself and are largely contained and won’t be transported by water. This does not mean to say we aren’t concerned by the large amounts remaining and we are speaking with the relevant bodies to try and find ways forward as the landfill is in receivership. 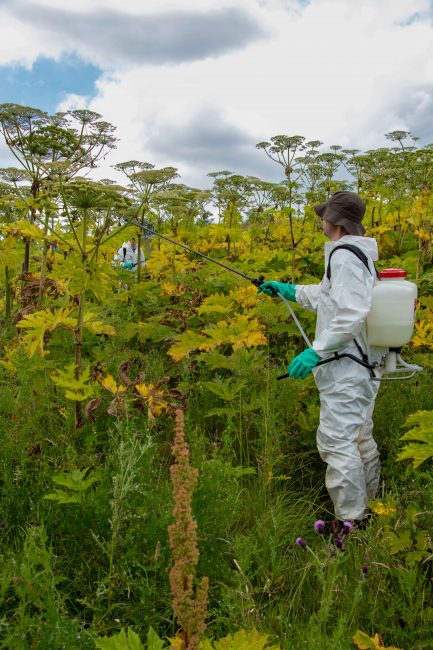 With suits, boots, visors and gloves taped to the suits we were well protected from the dangers of the plant. However today was warm and working with two incinerators, dressed as we were and carrying 15-20kg of chemical on our backs at times everyone was glad to see five o’clock approaching. 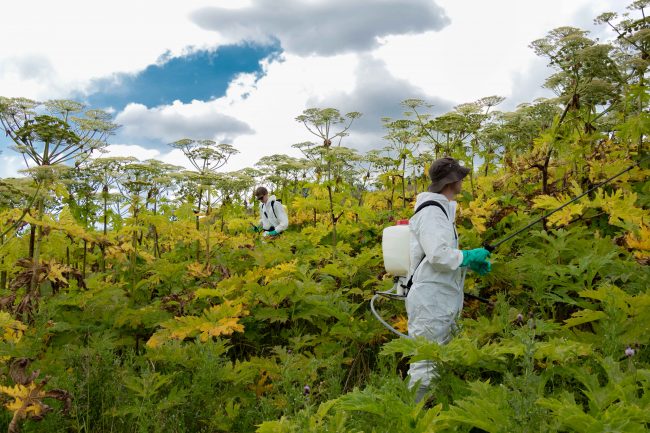 It’s not often we see this density of plants. In spite of its negative impacts, hogweed is a hugely impressive plant.

Today was an exercise in minimising the risk to the control strategy and with five of us on the job we destroyed quite literally millions of seeds. A big thanks go to Ethan and Fraser who are volunteering with us at the moment. Extra bodies make a huge difference to jobs like this and their work is very much appreciated.