On Friday of last week we were in the Stinchar catchment continuing with our Government sites, this time we found ourselves on the Muck Water, a tributary of the Duisk River. 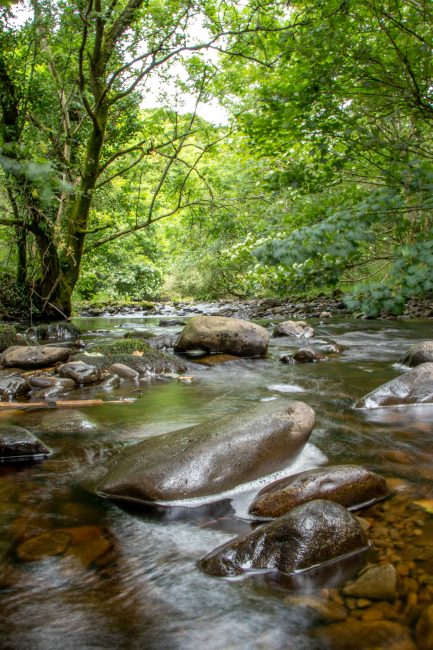 We were accompanied my Ethan who is helping us at the moment. The site was typical of the Muck, cobbly, bouldery habitat that looked ideal for salmon parr and fry, we were not disappointed with the numbers or the condition of the fish we recorded. 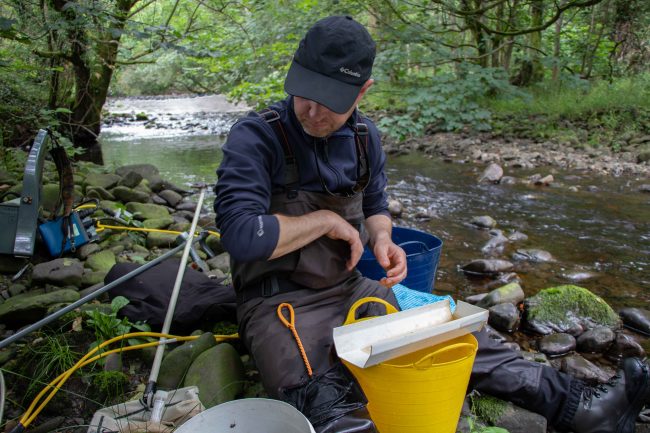 Muir slapping the clegs away between measuring fish.

Following the Government site we moved on to the upper Assel above Tormitchell Quarry where we met with a member of the Stinchar DSFB to look at some of the issues we have been describing to the Board. The habitat here is degraded due to the amounts of soil, silt and faecal matter entering the burn from livestock as there is no animal exclusion in this area. 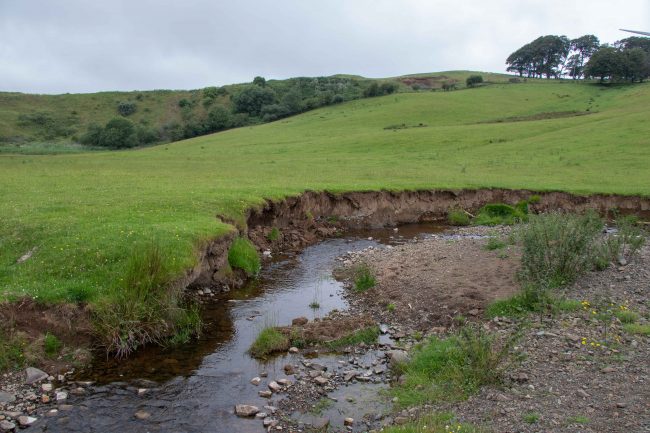 The upper Assel, where bank collapse is a common occurrence and is reducing the quality of the habitat.

Despite all this we fished what we think is a spawning site and found salmon fry and parr as well as trout. This indicates that with some work (fencing, tree planting, green engineering) huge improvements could be made essentially creating more habitat and increasing the carrying capacity of the watercourse. 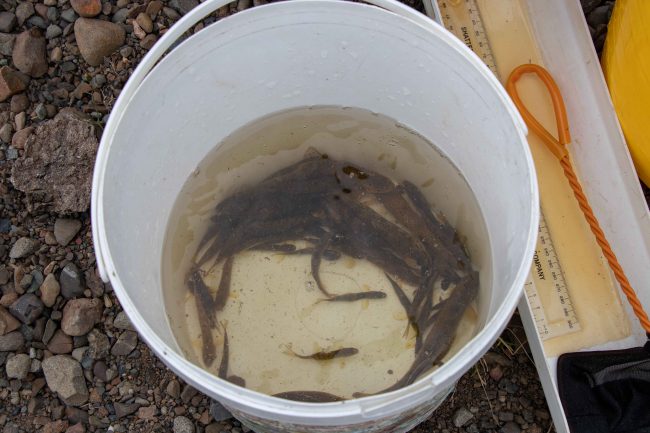 Plenty of salmon fry here, but what would it be like if the habitat were better?
This is the best result we’ve seen at this site in years.

We are working with the Board to both fund and deliver this work. The benefit to working at the top of this sub catchment is that all the habitat downstream will benefit as will the river below the confluence. Not just in terms of juvenile recruitment but in fishability for anglers after spates too. 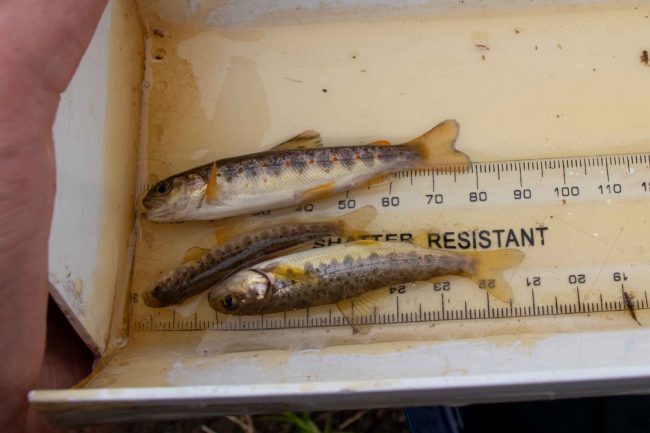