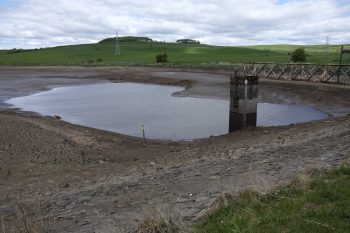 We were contracted by Scottish Water to remove as many fish as possible from Mill Glen Reservoir near Ardrossan as it was due for decommissioning. Obviously such works first require a license from MSS and also some preparatory investigation to establish which species we are dealing with.

Initially we surveyed the reservoir about 1 month ago and worked out it was mainly wild brown trout we were dealing with. Licenses secured we first netted the reservoir about 2 weeks ago and removed about 400 wild brownies. These fish were relocated to the nearby Busbiemuir Reservoir about a mile away. It was a pretty arduous task and the silt made it a mucky job but none the less, with trout of up to about 3lbs safely re homed, we felt a degree of satisfaction. we had a team of 12 that day to haul the net and handle the fish and Im sure everyone felt exhausted for their efforts. 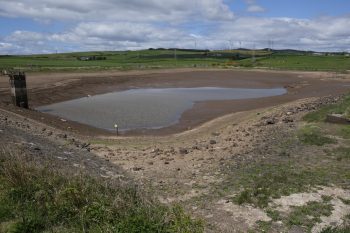 As it was today when we started 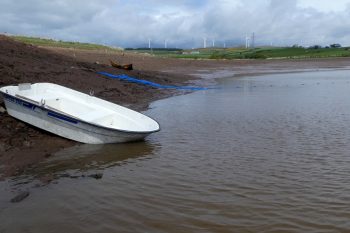 Step one on day two was to install a curtain across the narrows to cut the area we had to net. We drew ths curtain from the shallow margins to the narrows hopefully driving the fish ahead of it as it slid over the silt.

We arranged for the levels to be reduced further to allow us to use a shorter drop net on our second day’s netting which was today. This time we placed a fine mesh curtain across the narrows after drawing it through the shallow water (that is virtually impossible to net effectively). Essentially, this reduced the area we had to net to a manageable size of no more than 3m deep at most. The first draw of the net today produced around 250 cracking trout and a few small perch (which we had discovered were present only last week). The perch were not moved. The trout again were stocked under license into Busbiemuir. 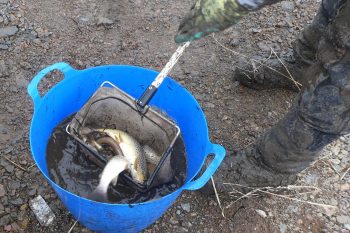 Beautiful and wild brown trout being sorted before transport. 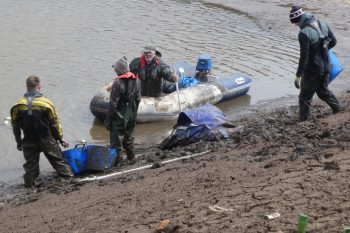 It is  a rewarding job and there’s always the excitement of the unknown. I think a 4lbs trout from anywhere is a good trout and we had a few that nudged the scales in that direction. Certainly, these fish were bright and beatifully marked and unlike stockies we see going in many fisheries. There certainly hadn’t been any licensed stocking although e did hear rumours that a few trout we added over 12 years ago but this is unconfirmed. 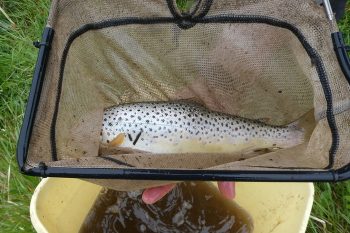 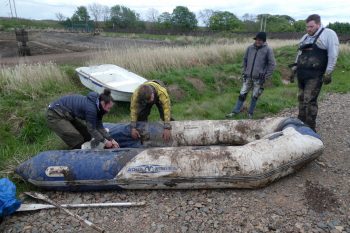 Scottish Water contractors will now drain the reservoir completely and remove the dam wall. The site will be restored and the burn that fed it will be reconnected returning it to something akin to what was there historically.

We have another of these reservoir rescues to perform shortly so keep an eye on our blog pages for detail of that.